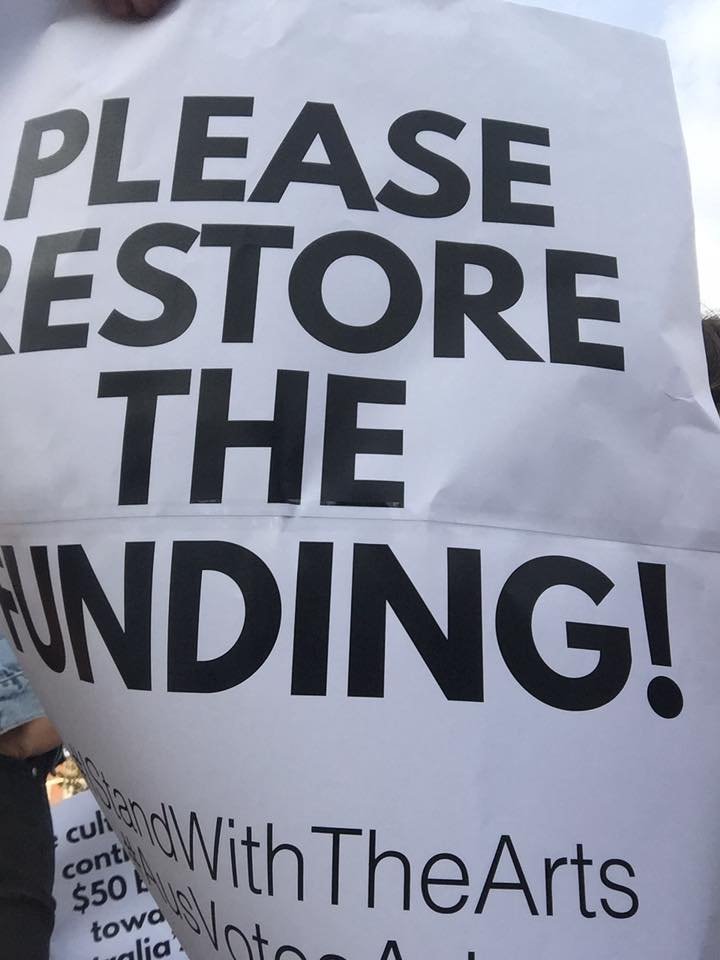 Hopes that the return of remaining Catalyst funds to the Australia Council would right some serious wrongs were crushed yesterday when the announcement came of revised eligibility arrangements for the grants program.

Arts Minister Mitch Fifield announced in March 2017 that the remaining funds taken from the Australia Council in 2015 to establish the NPEA, which later became Catalyst, would now be returned. “We had hoped this decision would result in the restoration of funding for small to medium (S2M) organisations including key funded organisations and significant programs for artists” said Brianna Munting, Acting Co-Executive Director.

The announcement explains that organisations who are not four-year funded that received short-term funding via Catalyst for projects ending after May 2018 or after September 2018, are only eligible to apply in two of the three rounds in 2017 and 2018.

Penelope Benton, Acting Co-Executive Director says “this reduces the odds for S2M arts organisations running on annual project funding. Particularly those of the 65 organisations who did not receive renewed four-year operational funding from the Australia Council last year.”

Meanwhile, from the October 2017 closing date organisations who were successful for four-year funding from the Australia Council in 2016 are eligible to apply for project funding in one round per calendar year, unless they also have current projects with Catalyst grants, in which case this would count as their one application. The round they can then apply for depends on when the project ends.

NAVA commends the Australia Council’s model for supporting new initiatives and ensuring that key organisations are able to be ambitious in their programs. However, there is also an urgent need to prioritise a strong and diverse sector, one that enables organisational planning and longevity. NAVA again refers to the recommendation of the 2015 Senate Inquiry into arts funding for adoption of an evidence-based cultural policy to guide funding decisions both by successive governments and by the Australia Council.

Earlier this year NAVA called for a doubling of the arts budget, referring to the findings in its recently released report, S2M: The economics of Australia’s small-to-medium visual arts sector. The report demonstrates that funding has declined by 17.5% from 2008 to 2013, and this has been greatly exacerbated by the continuing imposition of an efficiency dividend and the Australia Council’s cutting of operational funding to 50% of its previously funded visual arts organisations.

NAVA urges the government to respond positively to the fourteen recommendations in its S2M Report, including the holding of a new inquiry into the health of the visual arts sector and an audit of the impact these funding changes have had on the small to medium sector.

Photo: Lyn Heazlewood, National Day of Action for the Arts 2016