The term ‘intellectual property’ or ‘IP’ refers to the property rights that arise in the outcomes of creative and intellectual processes, such as artworks, designs and inventions. These rights include copyright and moral rights, and are legal tools that practitioners can use to protect their work from unauthorised use, to protect their reputation or brand, and generate income.

NAVA asserts that it is fair for artists and designers to be entitled to control the use of their intellectual property.

NAVA plays an important role in advocating for the protection of artists' and designers' economic and moral rights both in law and in practice. Over its history NAVA has frequently taken action on behalf of artists whose IP is used without their consent or who come under duress to waive the right.

Under the Copyright Act 1968 (Cth) artists hold the following moral rights in their work:

An artist should not be asked to waive their moral rights.

Under the Copyright Act 1968 (Cth) artists hold the economic right to reproduce their work. This includes the right to:
- reproduce the work in a material form (for example images of the work)
- publish the work
- communicate the work to the public.
This means that in most cases others are not able to copy the artist’s work or use images of the artist’s work without their permission.

An artist should not be asked to assign or waive their copyrights.

Under the current Australian intellectual property (IP) laws, unlike for works of ‘fine art’, creators of applied art objects that are produced in quantity are generally not entitled to copyright protection, and are left vulnerable to blatant copying unless they apply for design protection. NAVA has called for changes.

In 2015, the Government’s Advisory Council on Intellectual Property (ACIP) called for responses to its Options Paper ‘Review of the Designs System’. Then in 2016, the Productivity Commission asked for submissions in response to its ‘Intellectual Property Arrangements Draft Report.

The reports both recognise that there are some flaws in Australia’s IP arrangements but fail to suggest adequate viable alternatives, such as extending the term of protection or creating unregistered design rights.

In its submissions to both of these inquiries, NAVA recommended the changes we believe are required to support a flourishing Australian craft and design sector, in particular to protect craft practitioners and industrial, fashion, furniture and lighting designers.

Australian designers are seeing local and overseas replicas of their work being sold from which they earn nothing. This stymies the building of viable Australian craft and design businesses.

'Talking design: views from Australia's visual design ecosystem' report was released in 2019 with the announcement of a further 12-month phase of qualitative, desktop and quantitative empirical research. As part of this work, we encouraged our Members to take part in IP Australia’s research questionnaire about design and intellectual property. IP Australia is the Government agency that administers patents, trade marks, plant breeder’s rights and registered designs, and they are currently reviewing the designs system in Australia.

Outcomes of the Review

The review found that Australian designers contribute more than $67 billion to the economy each year, which makes up 3.5% of GDP on average. Research confirmed that many in the design ecosystem have no or very limited knowledge of design rights, their purpose, or how to make use of them as part of a broader strategy.

On 2 December 2020 the Designs Amendment (Advisory Council on Intellectual Property Response) Bill 2020 was introduced into the Senate and is currently before the Parliament for consideration.

In 2020, the Federal Government made a general announcement about proposed copyright reforms to “better support the needs of Australians and our public institutions”. The draft legislation is yet to be released which will provide further details of reforms and an opportunity for stakeholder consultation. It is feared that the draft legislation could be announced with little opportunity to respond to potentially damaging changes for artists and creators of content in regard to the provision of free licenses for big tech. NAVA is preparing for this announcement with the view that the current laws are satisfactory and any proposed changes need to make sure creators are still fairly remunerated for the use of their content.

The copyright law of Australia is governed by Copyright Act 1968 (Cth), operating nationwide. This Act and subsequent amendments gives practitioners control over the reproduction of their work. This includes all artistic creators, not just those who may consider themselves ‘professional.’

Currently it allows for certain limited exceptions under the general heading ’fair dealing’. The main exceptions to copyright infringement are the use for the purposes of:
· review or criticism
· research or study
· news-reporting
· parody or satire
· judicial proceedings or professional advice

Fair Use claims to balance the interests of copyright holders with the public interest. However, it shifts the balance of responsibility to creators who have to legally prove that a use is unfair.

NAVA is concerned that a ‘fair use’ regime would be incredibly detrimental to artists. This is because it would create a power imbalance where artists would be at the mercy of large enterprises who could see this as an opportunity to use copyright material for free. The onus would be on the artist to prove in court that a use is not ‘fair.’ This is a significant change to current Australian law. 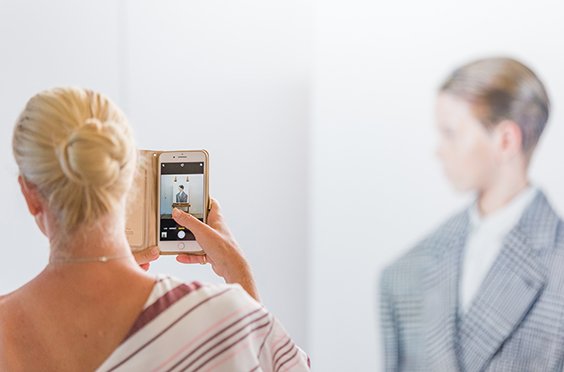 The Australian Competition and Consumer Commission recently launched an inquiry on digital platforms. The deadline for submissions was 3 April 2018.

NAVA’s key concern with the ACCC's issues paper was the absence of the artist.

While the creators of text ‘content’ are addressed, the impacts on the industrial conditions and commercial markets for the creation of visual work were not considered by this Inquiry. As with journalism, these impacts are critical to the future of the Australian culture.

NAVA asserts in its submission to the inquiry that the work of visual artists and photographers are increasingly essential to the dissemination of news on digital platforms – and the unauthorised reuse of their work for these purposes is rife.

Free is Not Fair 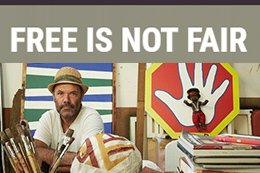 In 2016 The Productivity Commission undertook a government commissioned study of Australian intellectual property and produced a draft report which recommended changes to the Australian Copyright Act from ‘fair dealing’ to a ‘fair use’ system, similar to what is used in the US. NAVA is concerned that these changes pose a threat to artists' rights which could negatively impact on artists' incomes and protection of their professional reputation.

Since the release of the report, NAVA has made a number of submissions to this review, and in late 2017, the federal government announced they will continue to seek further consultation with key groups before making a decision.

You can register for updates from the Copyright Agency here.

In July 2018 the government called for submissions to a copyright modernisation consultation seeking stakeholder views on reforms options for the Copyright Act. This consultation was to:

You can view NAVA's submission below and more information and other submissions here.

You can find the relevant reports in the links below:
Productivity Commission draft report
PriceWaterhouseCoopers report

March 2018: response to the Review of Code of Conduct for Australian Copyright Collecting Societies

September 2017: response to the Review of the Code of Conduct for Copyright Collecting Societies Discussion Paper.

February 2017: response to the Final Report of the Productivity Commission Inquiry into Intellectual Property Arrangements.

NAVA's Open Letter to the Australian Government on Copyright

Robyn Ayres and Tamara Winikoff, Letter to the Editor, The Saturday Paper, 17 June 2017

Kate Haddock Chair of The Australian Copyright Council, Time for the truth to interfere with the copyright battle in Australia, Business Insider, 25 May 2017

‘Fair Use’ - the wrong direction at the wrong time for Australian artists, ArtsPeak Media Release, 2 May 2016
Kim Williams, Fair use does not mean free: Copyright recommendations would crush Australian content, chair of the Copyright Agency and Viscopy, Sydney Morning Herald, 6 May 2016

Lucy Carter, 90 per cent of artists report their work has been reproduced without copyright royalties, ABC The World Today, 1 June 2016