As the son of a sixth-generation Australian and a Malaysian Muslim, Abdullah describes himself as an "outsider among outsiders" and through his work, offers a unique perspective on Australian culture and what it means to be a young Australian Muslim. 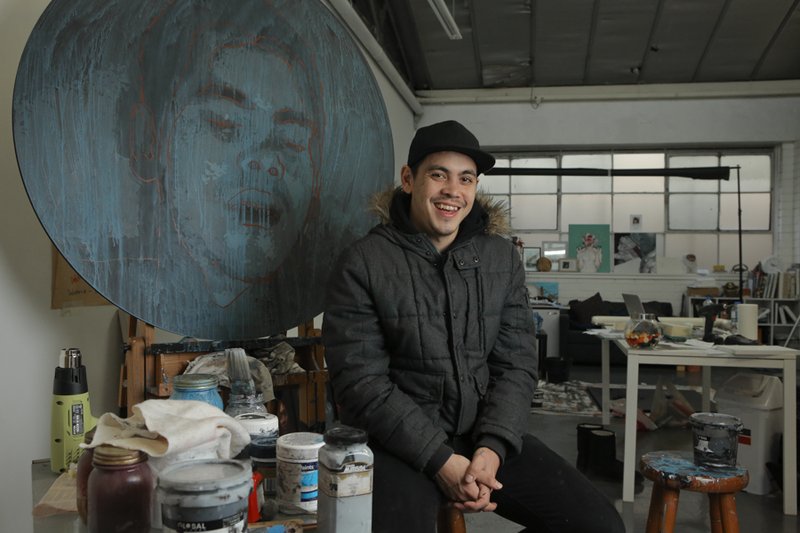 Abdul Abdullah is an artist from Perth WA, currently based in Sydney, who works across painting, photography, video, installation and performance. As the son of a sixth-generation Australian and a Malaysian Muslim, Abdullah describes himself as an "outsider among outsiders" and offers a unique perspective on Australian culture and what it means to be a young Australian Muslim. His practice critiques religious and racial marginalisation, and examines universal aspects of human nature, coming from a standpoint of deep understanding and empathy.

In 2011 Abdullah was a recipient of Kickstart funding for the 2012 Next Wave Festival, was selected as a finalist in the Archibald prize and won the Blake Prize for Human Justice. He has been hung as an Archibald Prize finalist a further three times since including this year. In 2015 Abdullah showed as part of the annual Primavera exhibition at the Museum of Contemporary Art in Sydney, APT8 at the Gallery of Modern Art, Brisbane, was a finalist in the Sovereign Art Prize, Hong Kong and debuted his first international solo show Coming to Terms at CHASM gallery in Brooklyn, NY. He also presented a TEDx talk Don’t call me Aussie: Combating Prejudice with Art. In 2016, Abdullah presented at the Carnival of the Bold, is a co-host on Sydney's independent radio station FBi's weekly arts program Canvas, and is a finalist in the 2016 Sulman and Archibald Prizes currently on show at the Art Gallery of NSW and the Basil Sellers Art Prize showing until 6 November at the Ian Potter Museum of Art – University of Melbourne. He is also showing as part ACCA's Painting. More Painting exhibition from 30 July to 28 August.

In this video Abdullah chats to NAVA about the importance of the artist's voice, the power of visual practice and the rigorous focus that is required to establish a professional career as an artist.