Multimedia artist, Angela Tiatia explores contemporary culture, drawing attention to its relationship to representation, gender, neo-colonialism and the commodification of the body and place. 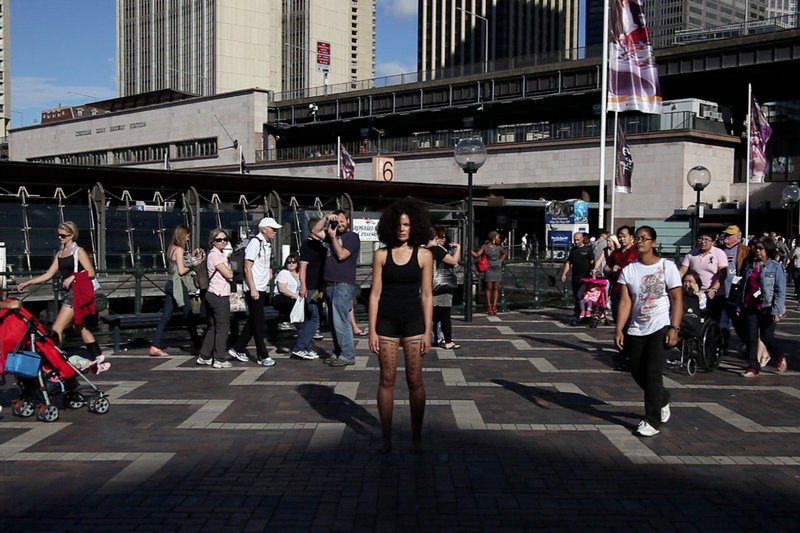 Angela Tiatia's video work explores the significant themes of cultural displacement and disturbance due to the effects of economic and social globalisation.

Angela grew up between New Zealand, Samoa and Australia. Drawing from her rich heritage, Angela's work explores how this reoccurring relocation has affected her life personally, while recognising how the moving of people relates to a global audience – acknowledging that Pacific Islanders are only one of many societies who are affected by cultural displacement. Ideas of diaspora, notions of power exchange and the colonial and commercial gaze are only some of the themes that Angela investigates within her practice.

She was recently selected for the John Fries Award 2016 Finalists’ Exhibition just past at UNSW Galleries, Sydney and is a finalist in the upcoming Fisher's Ghost Award 2016 at Campbelltown Arts Centre, and the NSW Visual Arts Fellowship (Emerging)at Artspace, Sydney, both opening early November. Her work is also included in the 64th Blake Prize, touring galleries across Australia.

Angela is represented by Alcaston Gallery in Melbourne, Australia.

In this interview, Angela chats to NAVA about getting started as an artist and the capacity that art has to communicate pure and honest responses to the world we live in.