The art of Hiromi Tango responds organically from one project to the next, exploring neuroscientific concepts through sculptural and performative practices. 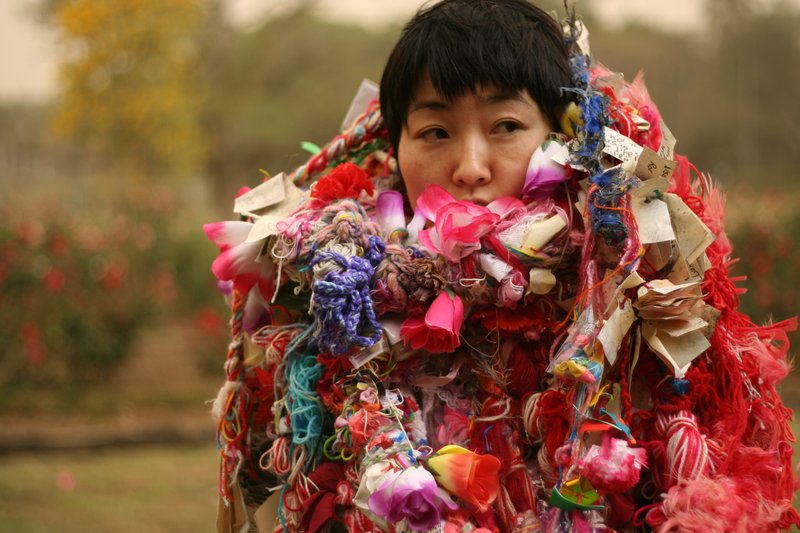 Hiromi Tango was born in Japan, and has been living and working in Australia since the late 1990s. Her practice responds organically from one project to the next, exploring neuroscientific concepts through sculptural and performative practices. Often using metaphors from nature to represent brain processes, her works arise through a combination of research, reflection and ritual. Whilst Tango’s practice is grounded in a fascination with scientific discovery, she remains steadfast in her role as an artist being one of constant questioning and blurring boundaries. Deeply personal narratives – whether her own or that of communities she engages with – often inform the need to explore specific ideas and areas of research, including experiences with dementia and aging, child development or traumatic emotional experiences. In this way, her work creates a bridge between scientific concepts and individual realities.

Previous collaborative works with her husband Craig Walsh include Digital Odyssey – a Museum of Contemporary Art Regional Touring Project, Home - Gwangju, Gwangju Biennale, South Korea (2012) and Traces - Blue, Setouchi Triennale (2013). Tango has also undertaken major community engagement works as an individual artist, including: The Climbing Plant, Queen Victoria Museum & Art Gallery (2015); Monster Hotel at the 'Out of the Box Festival' at Queensland Performing Arts Centre (2014); Pistil, a sculptural site-specific installation that was created for Contemporary Australia: Women, Queensland Art Gallery / Gallery Of Modern (2012) and a commission as the 2013 Jackson Bella Room Artist at the Museum of Contemporary Art, Sydney, where she created Dance, an immersive environment for children with specific learning needs.

Tango is currently working on her piece for Public Art Melbourne Biennial Lab: What happens now? which will be launched at QVM in October as part of the 2016 Melbourne Festival. She is a finalist in the William & Winifred Bowness Photography Prize, coming up at Monash Gallery of Art 1st September - 16th October 2016. Tango is also creating a new performance production in collaboration with Jo Naumann Curren, aerial dancer for the creative development, funded by Arts SA which will be launch in November 2016. In 2017, she will be showing as part Monster Hotel, at the Gold Coast Arts Centre in January, followed by a solo exhibition at Sullivan+Strumpf in March.

In this video, Tango chats to NAVA about collaborating, early inspiration, and the importance to remember the fundamental and pure relationship we have with creativity.