Interdisciplinary artist Justin Shoulder is particularly known for his spectacular performances that developed within the underground context of Sydney's queer performance scene. 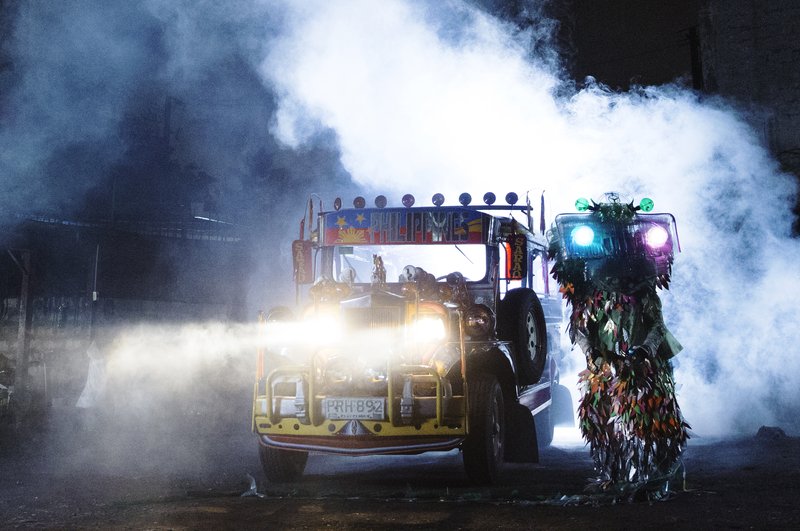 Interdisciplinary artist and events producer Justin Shoulder is particularly known for his spectacular performances that developed within the underground context of Sydney's queer performance scene. Shoulder's performances are based around his highly developed 'Fantastic creatures', invented beings and alter-egos based on mythology, fables and fantasy forms. These creatures are realised in the construction of full-body, highly sculptural avatars, which possess their own gestural physicality and movement language, expressed through live performance, video and photographic works.

Justin Shoulder is currently presenting Ex Nilalang at QAGOMA for the Asia Pacific Triennial in collaboration with Bhenji Ra, PHASMAHAMMER as part of Midsumma, Melbourne at the Substation and Fault-lines: Disparate and desperate intimacies at the Institute of Contemporary Art Singapore curated by Binghao Wong. Recent exhibitions include theatre work The River Eats for New Romance at the MMCA Seoul produced by MCA Sydney, Monster Pop! at Museum and Art Gallery Northern Territory and the upcoming Monsta Gras 6: Hexathon at The Red Rattler Sydney.

In this video, Justin chats to NAVA about the multiple streams of his practice, getting started as an artist, and the importance of making time to both work hard and play hard.