Best known for her task-based performances, Lauren Brincat was formally trained in painting, and considers Art as her first language and English as her second. 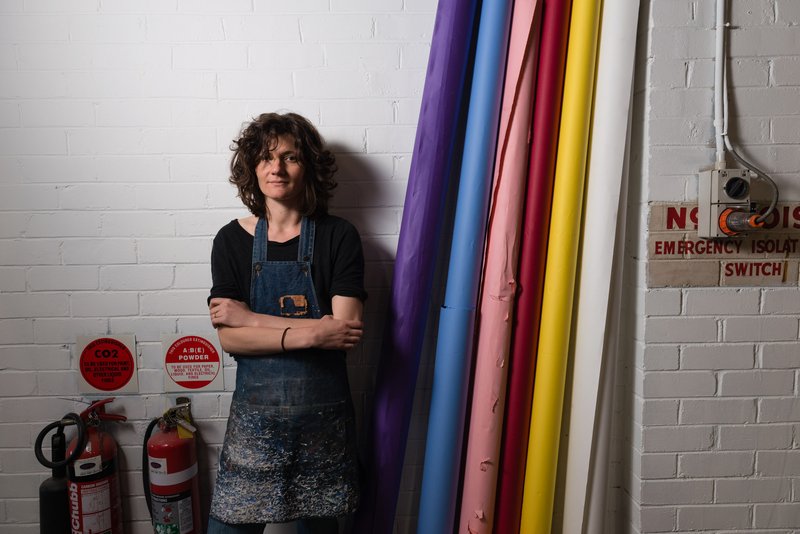 Drawing inspiration from a range of sources – from durational, body-oriented forms of practice that came to prominence during the 1970s, to Dada and Japan’s Gutai group – Lauren Brincat’s action-based works are also often presented as installations or video documentation and sometimes accompanied by a live element.

Brincat’s video works take the form of documented and often repetitive actions performed by the artist – riding, walking, eating, talking and rowing. These actions are undertaken anonymously and in relative solitude, testing or pushing her ‘physical and cognitive limits’, such as: holding onto the edge of a diving platform above a swimming pool for as long as possible; playing a drum kit raised metres above the ground; or walking along an airport runway.

In 2016, Brincat presented Salt Lines: Play It As It Sounds, Performance Instruments (2016), a site-specific installation at Carriageworks as part of the Biennale of Sydney. The piece was recently purchased by the Art Gallery of NSW to be included in their permanent collection. She is also a finalist in the Woollahra Small Sculpture Prize (2016).

On Sunday 13 November 2016, Brincat and Bree van Reyk will present a new performance called Molto Echo with a team of drummers at the MCA, Sydney NSW.

Brincat has lived and researched in Mexico City, Berlin, Tokyo, Paris, Stockholm and New York and was fortunate to be mentored by artist Johanna Billing in Europe and most recently Cuauhtemoc Medina in Mexico City.