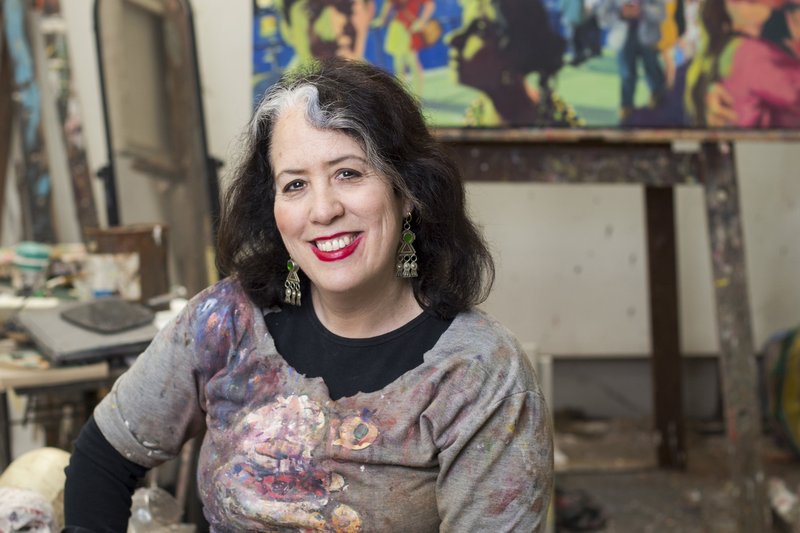 Contemporary Australian figurative painter, Wendy Sharpe is the recipient of numerous awards, grants and travelling scholarships including the Sulman Prize (1996), the Archibald Portrait Prize (1996), and the Portia Geach Memorial Prize (1995 & 2003). In 1998, Wendy was commissioned by the City of Sydney to paint a series of eight murals, on the life of swimmer Annette Kellerman, for the Cook and Philip Park Aquatic Centre in Sydney. In 1999, she was commissioned by the Australian War Memorial in Canberra as an Official War Artist to East Timor (the first female artist to receive such a commission since the Second World War).

Her exhibition 'Beautiful Monsters - burlesque and backstage' is currently on show at Philip Bacon Galleries Fortitude Valley, Brisbane, until 24 March 2016.

Wendy chats to NAVA about what art means to her, working against the tide of art trends, and juggling the demands of living as a practising artist.