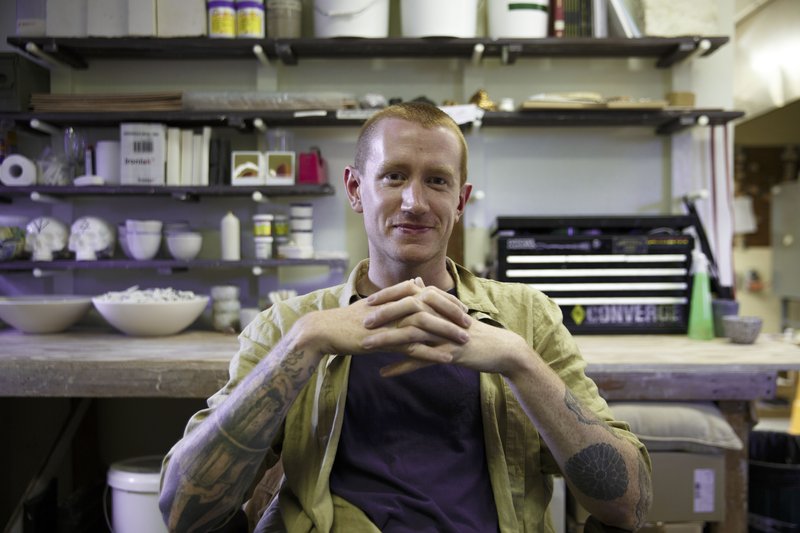 Elborne has exhibited extensively within Australia; including shows at Artisan, QCA Gallery & The Judith Wright Centre of Contemporary Arts in Brisbane, Home at 735 Gallery, Conny Dietzschold Gallery & Olsen Irwin Gallery in Sydney, as well as solo and collaborative exhibitions in Toowoomba Regional Art Gallery where his work is also part of their permanent collection (amongst several other private collections). His work has been published in national and local magazines including Art Monthly Australia, as well as an essay, written by Dr. David Akenson, focusing on his work in internationally distributed journal: Ceramics: Art and Perception.

Elborne has a Bachelor of Creative Arts (Hons) and is a current PhD candidate at the University of Southern Queensland (USQ). In 2014, he was awarded the Bellmaine French Appreciation Travelling Scholarship through USQ, which provided him the opportunity to plan a number of residencies, exhibitions, mentorships, and a teaching position in France during 2015.

He is currently showing as part of Crates on Wheels, a regional touring group exhibition, facilitated by Toowoomba Regional Art Gallery, touring South East Queensland; The Factory, at The Old Herring Factory, Djúpavík, Iceland; and Untitled, residency group exhibition, Shiro Oni Studio Gallery, Onishi, Japan. From 25 July, Elborne will be showing as part of BLOOD at the Science Gallery Melbourne, Victoria, followed by a solo show at Alexandra Lawson Gallery, Toowoomba in August 2017.

In this video, Elborne talks to NAVA about the experiences and impact of international residencies on his research and practice.