An acclaimed artist, writer and curator, Julie Gough's research and art practice involves uncovering and re-presenting subsumed and conflicting histories, often referring to her own and her family’s experiences as Tasmanian Aboriginal people. 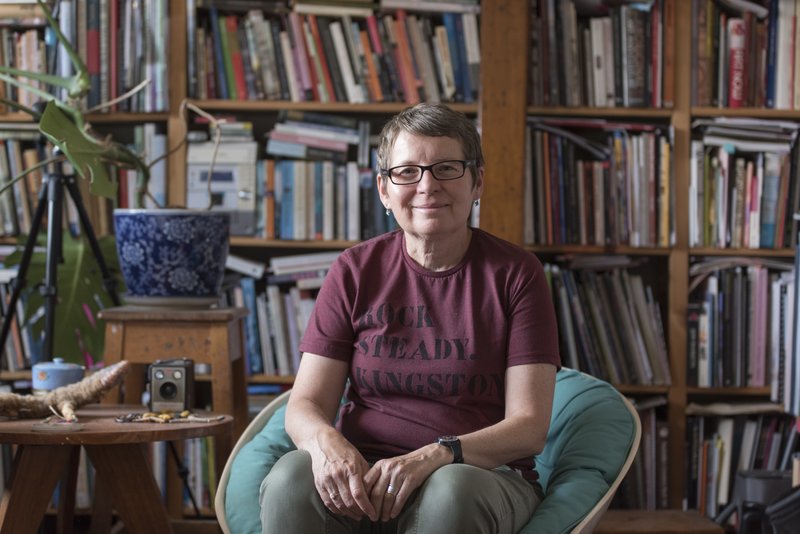 Julie’s paternal heritage is Scottish and Irish while her matriarchal Aboriginal family line traditionally comes from Tebrikunna, far north eastern Tasmania. Her current work in installation, sound and video provides the means to explore ephemerality, absence and recurrence. A key intention of Julie's work is to invite the audience to a closer understanding of our continuing roles in, and proximity to unresolved national stories - narratives of memory, time, absence, location and representation.

Julie is widely published, and is currently on the Aboriginal Advisory for Arts Tasmania and the Tasmanian Museum and Art Gallery, and has held Board positions with Art Monthly Australasia, AIATSIS publishing committee, and was a Director Member of the Indigenous Australian Art Commercial Code of Conduct.

Julie is a NAVA Premium member and represented by Bett Gallery, Hobart.

In this video, Julie chats to NAVA about her life-changing journey becoming an artist, and the important role that art has in society as a mirror of how things are, and to show what's coming, as well as what's been.

Photo above by Lucy Parakhina