Mikala Dwyer’s practice is developed through a series of evolving projects, connecting personal biography, site-specificity and research into theories of the occult and alchemy. 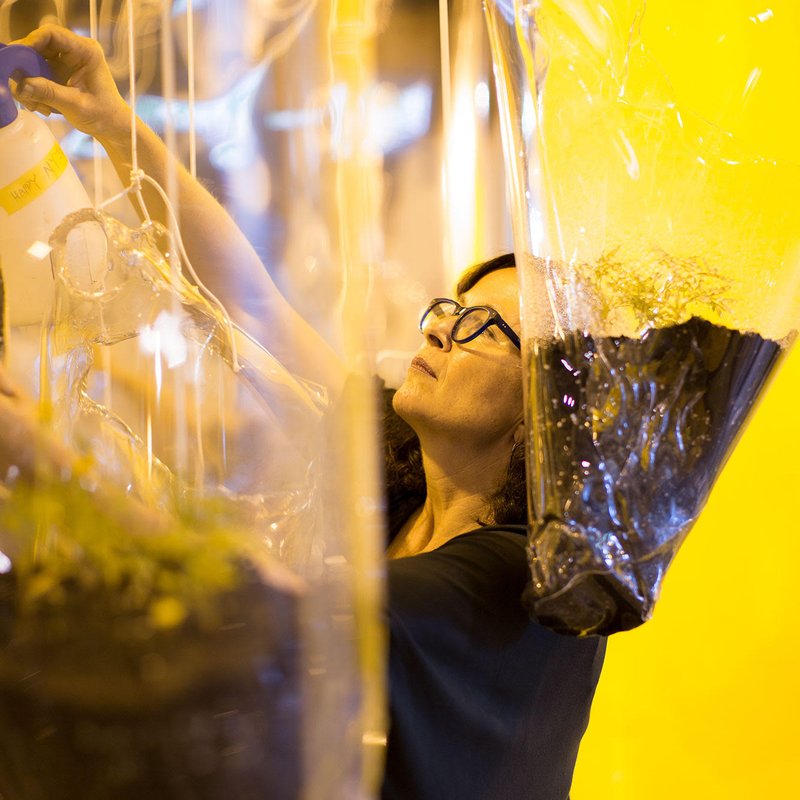 Mikala Dwyer began exhibiting in the mid-1980s and has developed a distinctive and highly engaging international sculptural and installation practice that explores ideas about shelter, childhood play, modernist design and the relationship between people and objects.

Dwyer studied sculpture and sound art at Sydney College of the Arts. In 1984, she travelled to London where she studied at Middlesex Polytechnic until 1985. She completed an MFA at UNSW Art & Design in 2000 and attended the Universität der Künste Berlin, Klasse Stan Douglas, on a Samstag Scholarship 2005-2007.

In 2016 Dwyer was awarded one of NAVA’s inaugural Visual Arts Fellowships funded through the Copyright Agency’s Cultural Fund. Her upcoming solo exhibition A shape of thought extends across four spaces at the Art Gallery of NSW and opens on 26 August 2017. The exhibition includes a major new suspended sculpture and spectacular levitating balloon work and continues to 4 February 2018.

She is also a highly regarded art teacher in Sydney and has held positions as lecturer at Australian National University (1991-92), University of Western Sydney (1995-1999) and Sydney College of the Arts, The University of Sydney, (1999-current).

In this video, Dwyer chats to NAVA about the main challenges of being an artist, the importance of having confidence in yourself and visiting places where they take art seriously.