Salote Tawale is known for work that draws on her personal experience of race, class, ethnicity and gender while growing up in suburban Australia. 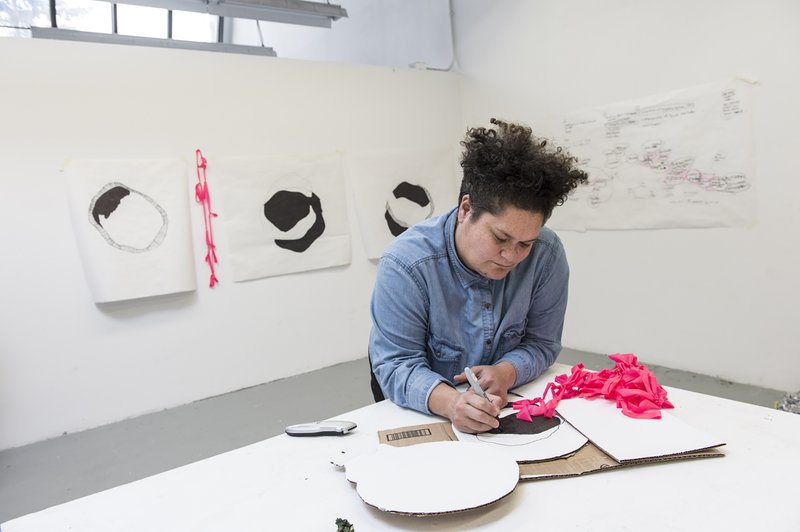 Salote Tawale was born in Suva, Fiji Islands. She grew up in the south eastern suburbs of Melbourne and is now based in Sydney. Through performances of the self, Tawale explores the identity of the individual in collective systems, society and communities. Tawale often uses her own body to examine her Pacific Australian heritage and Diasporic Indigeneity via photomedia, drawing, installation and live performance.

In 2014 Tawale was awarded an Australian Postgraduate Award to complete an MFA at Sydney College of the Arts (SCA). In 2016 Tawale completed a five-week residency at the Banff Centre in Alberta, Canada with support of the Sainsbury Sculpture Prize through NAVA and the Australia Council for the Arts. She was then awarded the inaugural 2017 Arts NSW Visual Artists Fellowship, and earlier this year travelled to Fiji to record family oral histories. While there she participated in the Veiqi Project at the Fiji Museum in Suva, an exhibition on women’s tattoo with Fijian artists from Australia and New Zealand. Tawale is currently travelling Europe and the UK, and working on a project with London based curator Laura Castagnini. As part of the fellowship she will undertake a residency at Murray Art Museum Albury (MAMA) later this year and develop a work for the Artbank commission.

Tawale has been a lecturer and tutor in Photomedia and studio practice at Monash, Deakin Universities and at UNSW. She has developed and taught various workshops for school and community groups over the past 20 years.

In this video Tawale chats to NAVA about the power of art to communicate and express different voices, ideas and actions.

Photo: Salote Tawale in her studio during the Indigenous Visual and Digital Arts Residency at the Banff Centre, February 2016. Photograph by Rita Taylor.