Western Sydney based artist working with painting to explore the performative relationships of people within physical and psychological space. 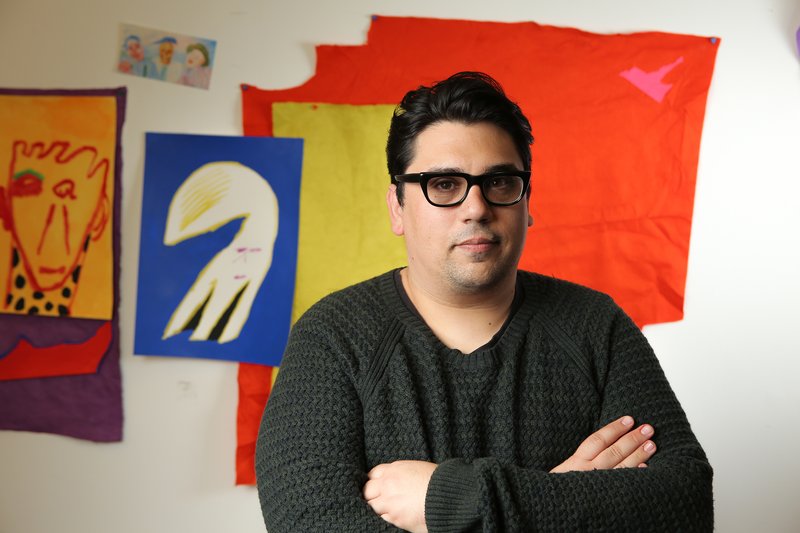 Tom Polo uses painting and installation with text and figurative elements to explore how doubt, gesture, tension and desire are embodied within extended acts of portraiture. The caricatures that arise in his work, drawn from acute observations and encounters, pictorialise the performative relationships between himself, others and an ‘audience’, as well as the role of personas — imagined as well as the artist’s own — in mediating a reading of social space.

In 2015, Polo was announced as the recipient of the Brett Whiteley Travelling Art Scholarship and additionally awarded the Parramatta City Council Creative Fellowship. He won the 2014 Redlands Konica Minolta Emerging Art Prize and the Art & Australia / Credit Suisse Private Banking Contemporary Art Award in 2011. In 2016, Polo completed residencies at the Cite Internationale des Arts, Paris and the Associate Artist Residency with ACME Studios, London. This year, he was a finalist in the Sir John Sulman Prize and is a current One Year Studio Resident at Artspace, Sydney.

In this video Polo chats to NAVA about the importance of consistency in work and practice, and the benefits of studio programs and residencies.