Claire Healy and Sean Cordeiro are collaborative artists who reclaim and transform the fallout of consumer society in their practice. 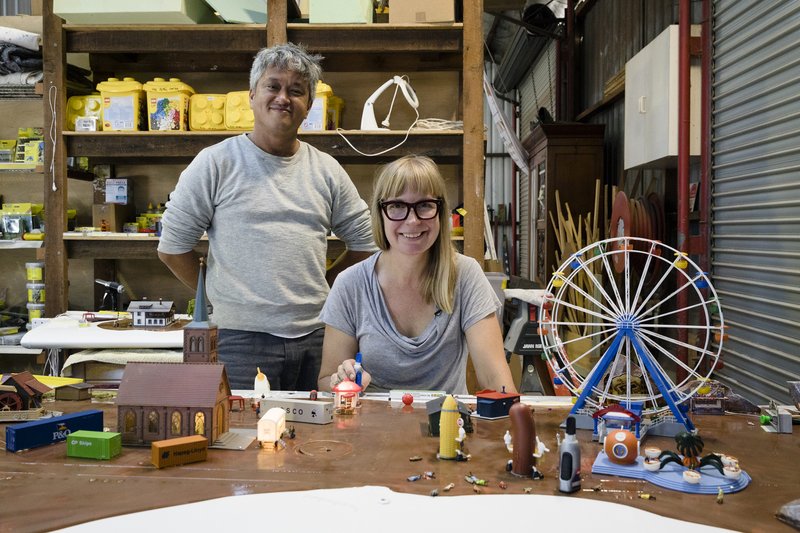 Claire Healy and Sean Cordeiro have been working together since 2001. Combining a playful sense of humour and an engagement with art historical precedents, their work is characterised by the deconstruction and reinvention of found objects and everyday items – such as VHS tapes, bricks of Lego, IKEA furniture and household items – into large-scale installations, sculptures and site-specific works of art. Together the artists have spent a great deal of time travelling, often responding to ideas associated with travel, movement, consumerism and the domestic space.

Healy and Cordeiro’s practice reflects a preoccupation with the dynamics of global mobility-the networks, standards and financial systems that enable and restrict the movement of people and goods in the modern era. Creating tensions between order and disorder, their works are shaped by traditional sculptural concerns such as mass, form and scale, however they also incorporate the expressive potential of motion, speaking to the way things move and change over time.

Healy and Cordeiro completed a Masters of Fine Art at UNSW Art & Design in 2004.

In this video Healy and Cordeiro chat to NAVA about working together, their collaborative practice, getting started and the continuous process of discovery and learning new crafts.