Cyrus Tang explores the notion that disappearance is an absence that can be a unique and expanded form of presence. 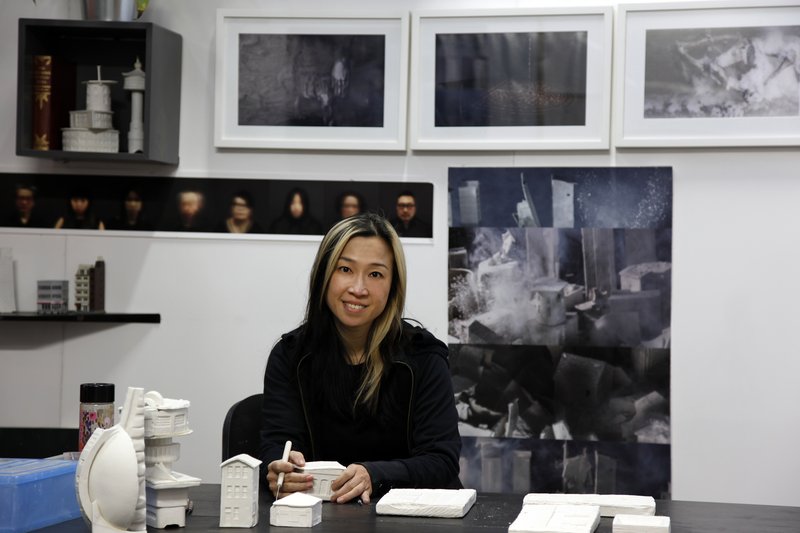 Cyrus Tang is a contemporary artist who investigates feelings of loss and nostalgia, dislocation and displacement. She employs a range of variously permanent and ephemeral materials including clay, water, ash, steam, snow, sound, animal bones, and human hair. These produce a visual representation suggestive of the contrast and contradiction between appearance and disappearance, and between ephemerality and permanence.

Tang has been shortlisted for the prestigious 2018 Bowness Photography Prize which is showing at Monash Gallery of Art 29 September – 18 November 2018. Earlier this year, she was a finalist in the 65th annual Blake Prize and held her second solo exhibition at ARC ONE Gallery, Melbourne. In 2017, Tang exhibited as part of TarraWarra International 2017: All that is solid…curated by Victoria Lynn; Book Club, curated by Meryl Ryan, at Lake Macquarie City Art Gallery; VCA's 9 X 5 NOW; Fictitious Realities at The Gallery at Bayside Arts & Cultural Centre, curated by Robert Lindsay; and was a finalist in The Churchie National Emerging Artist Prize and the Wyndham Art Prize.

Tang has participated in a number of residency programs, including Helsinki International Artist Program (2013); The National Art Studio in South Korea (2012); Cité Internationale des Arts, Paris (2009); and the Banff Centre, Canada (2008). She was the recipient of the Asialink Grant (2012); the Australian Council for the Arts: Art Project (2017); Skills and Arts Development Grant (2011) and New Work (Emerging) Grant (2009); the Georges Mora Fellowship (2008); Theodor Urback Encouragement Award (2004); and The National Gallery of Victoria-Trustee Award (2003). Her works have been shown across Australia and in various countries internationally, including Finland, South Korea, Singapore, Japan, France, China and Sweden. She currently lives and works in Melbourne, Australia.

In this video, Tang chats to NAVA about becoming an artist, developing her career and exploring her identity through her practice.