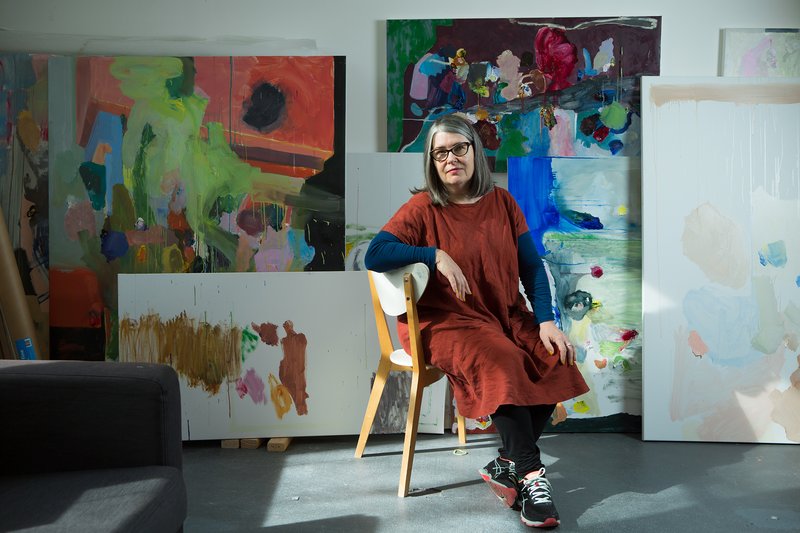 Karen Black is interested in architecture, culture and history. Her work tells the human stories within these environments, blending the historical with the mythical and traversing the complex interchange between the personal and the political.

Black is currently showing in The Waves curated by Kate Brittan at Sullivan+ Strumpf until 15 September 2018. Her work will also be shown at Sydney Contemporary with Sullivan+Strumpf, Booth E18, 13 – 16 September 2018.

Black has been the recipient of a number of awards. In 2018 and 2017 she was a finalist in the prestigious Sir John Sulman Prize at the Art Gallery of New South Wales in Sydney, as well as presenting a solo installation of ceramics for the Sidney Myer Australian Ceramic Award at The Shepparton Art Museum in Victoria (2017). Black was also the recipient of an Artspace One Year Studio in Sydney in 2017. Black’s work is included in numerous public collections including The National Gallery of Victoria, Melbourne; The Australian War Memorial, Canberra; Monash University Museum of Art, Melbourne; the Griffith University Art Gallery, Brisbane; Queensland University of Technology Art Museum, Brisbane; Artbank, Sydney; the Macquarie Group Collection; and the Salsali Private Museum, Dubai.

Black completed a Bachelor of Fine Art at Griffith University in 2011.

In this video, Black chats to NAVA about the importance of ongoing learning and development, and the impact of showing in local and international art fairs.