Yhonnie Scarce is one of the first contemporary Australian artists to explore the political and aesthetic power of glass. 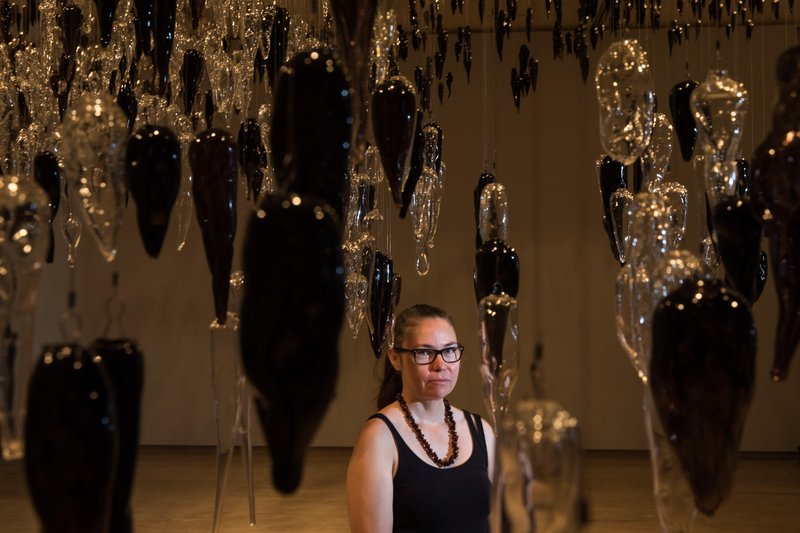 Yhonnie Scarce was born in Woomera, South Australia, and belongs to the Kokatha and Nukunu peoples.

Recently, her research has focused on the British nuclear tests carried out in Maralinga, near where Scarce was born, during the 1950s and 60s. Scarce returned to her birthplace to investigate the effects the radiation has had on the local Indigenous population and landscape.

In 2017 Scarce received the $20,0000 Guirguis New Art Prize 2017 for her work ‘The More Bones The Better’ and presented her solo exhibition Hollowing Earth, curated by Victoria Lynn at the Tarrawarra Museum of Art in Healesville, Victoria. Other recent exhibitions include The National 2017: New Australian Art at AGNSW, I Was Here at Fremantle Arts Centre, and Intrinsic Properties: Inherent Vice at Belconnen Arts Centre, Canberra, (2017); Sovereignty at the Australian Centre for Contemporary Art, For Country: For Nation at the Australian War Memorial and Lifelines: Indigenous Contemporary Art from Australia, Musées de la Civilisation, Québec, Canada (2016).

Scarce holds a Bachelor of Visual Arts (Honours) from the University of South Australia, Adelaide, and a Master of Fine Arts from Monash University, Melbourne.

In this video, Scarce chats to NAVA about the evolution of her practice, the love of working with glass and the importance of being about to tell the stories of racism and discrimination that continue to have impact on Aboriginal peoples.