Jason Wing is a Sydney-based artist who strongly identifies with his Chinese and Aboriginal heritage. 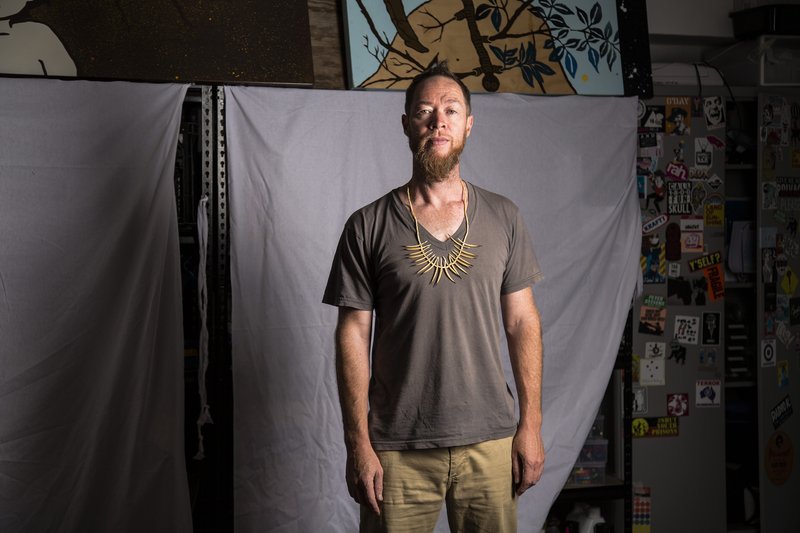 Jason Wing (Biripi people) began as a street artist and has since expanded his practice to incorporate photomedia, installation and painting. Influenced by his bi-cultural upbringing, Wing explores the ongoing challenges that impact his wider community.

Calling into question our understanding of history and of our current socio-political reality, Wing repurposes everyday objects and imagery, creating works that are both visually confronting and deceptively simple.

At 4pm on Saturday 30 March, Wing will unveil a new mural at Ewen Park in Hurlstone Park, NSW as part of the 2019 Wurridjal Festival, which celebrates the Cooks River. Wing is currently showing as part of touring exhibition Defying Empire: 3rd National Indigenous Art Triennial now at Western Plains Cultural Centre, Dubbo NSW until 5 May 2019; his solo exhibition What Binds Us.... opens at Manning Regional Gallery on 7 June 2019 and he is also part of upcoming exhibition Mine at MONA, Tasmania 8 June 2019 - 13 April 2020.

In 2012 he won the Parliament of NSW Aboriginal Art Prize for his provocative work Australia was Stolen by Armed Robbery.

He holds a Bachelor of Fine Arts from Sydney College of the Arts, University of Sydney and a Bachelor of Graphic Design, Sydney Graphics College.

In this video, Wing chats to NAVA about the focus of his practice and the importance of arts funding on the ground.