Kate Tucker considers the conundrum of making paintings in the digital age. 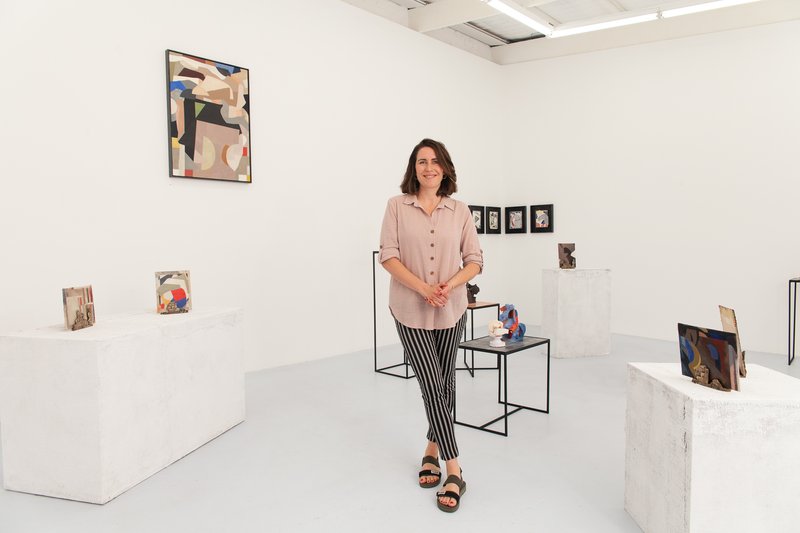 Working across painting, collage, digital photography, ceramic sculpture and objects, Kate Tucker explores the interaction and reversal of forms and media. Her paintings combine digitally printed fabrics as well as textural and painted elements, drawing on the process of building layers in Adobe Photoshop. Each layer presents an opportunity to change the form as well as the content of the work. The result is a series of irregularly shaped accumulations of numerous material based experiments, rather than the realisation of a preconceived idea.

Her work is included in collections at Shepparton Art Museum, The Bowerman Collection, as well as private Collections in Australia and overseas. Tucker graduated from the Victorian College of the Arts in 2009.

In this video, Tucker talks to NAVA about becoming an artist and the impact of putting her work in different contexts.