Duncan Meerding is a lighting and furniture Designer/Maker based in Tasmania, Australia. 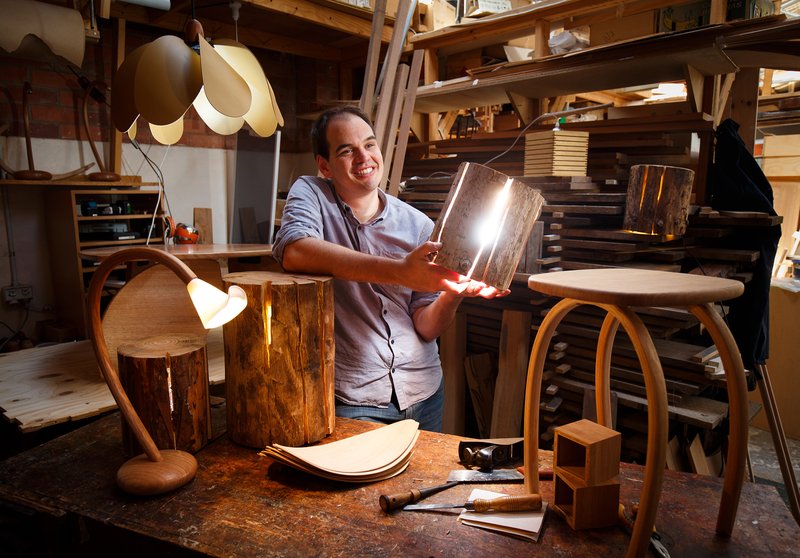 Inspired by the natural environment, Duncan Meerding is interested in how light performs through and around overall form and materials. Light emanating from the peripheries of different objects reflects the alternative sensory world in which he designs - Meerding is legally blind with less than 5% vision.

Meerding has exhibited his work nationally and internationally including Euroluce in Milan in 2017 and 2019 and Venice Design 2018, an official satellite of the Venice Biennale.

In 2019 he was a Guest Teaching Fellow at the Bartlett School of Architecture and the Built Environment University College of London, at the world first pilot of Architecture Beyond Sight.

Meerding has a keen interest in disability advocacy and human rights and has spoken on many panels and conferences including Sydney Design Festival 2019, Sambhav International Arts and Disability Conference Delhi, India and the Australian National Arts Activated Conference in 2010, 2012 and 2019.

Meerding has a Bachelor of Arts, History (Humanities) and Furniture Design majors, University of Tasmania, 2006-2010

In this video, Meerding talks to NAVA about the instrumental impact that the local community and an early scholarship has had on his career trajectory and how problem solving in his work inspires growth in creativity and skills development.