Jeanette James is a Palawa woman and traditional shell necklace stringer based in Tasmania. 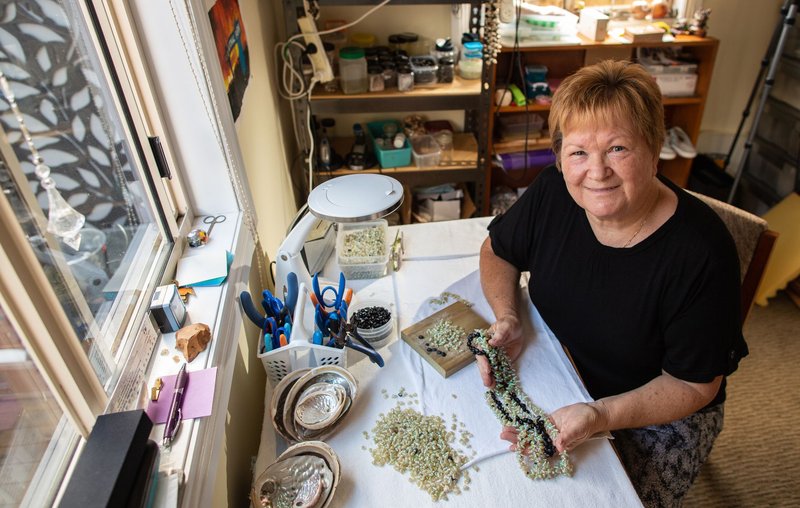 Jeanette James is a Palawa woman and traditional shell necklace stringer based in Tasmania. Born in Launceston, Jeanette James collected shells with her sister for their mother, Corrie Fullard, from early childhood. Her necklaces continue the tradition of Tasmanian Aboriginal women who, says James in her artist statement, “crafted these beautiful necklaces to wear on special occasions and to trade with other tribes for items such as ochre and tools.”

She is also known for her unique echidna quill work made from Tasmania’s short beaked echidna. Jeanette’s works have been acquired by the National Gallery in Canberra and many of Australia’s major museums and galleries.

Highlights of her career include winning the Wanjunk Marika award at the 2000 National Telstra Aboriginal and Torres Strait Islander Art Awards and the Premiers Award for Artistic Excellence at the 2014 Tasmanian Arts and Craft Fair.

In this video, Jeanette James talks to NAVA about her practice as a continuation of the traditional shell stringing she did with her mother, the intricate process involved, and her hopes for a future that allows art and artists to flourish.