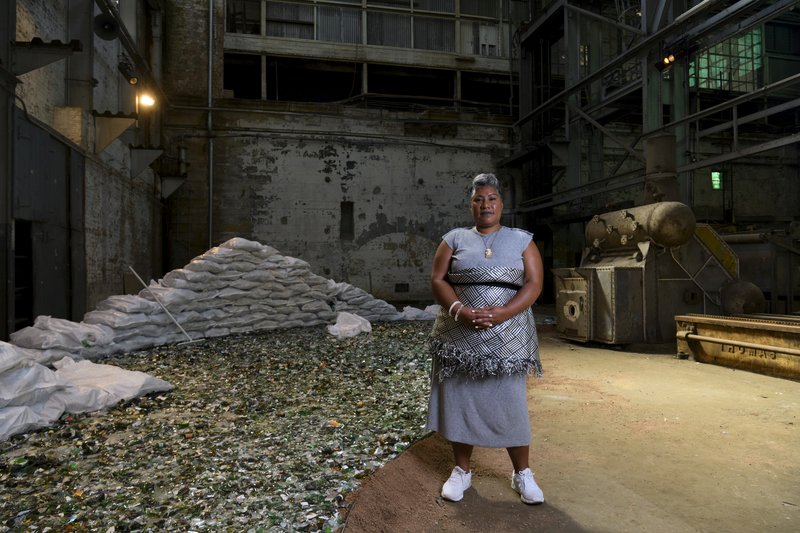 Latai Taumoepeau makes live art. Her faivā (performance practice) is from her homelands, the Island Kingdom of Tonga and her birthplace Sydney, land of the Gadigal people. She mimicked, trained and un-learned dance, in multiple institutions of learning, starting with her village, a suburban church hall, the club and a university.

Her body-centred performance practice of faivā centres Tongan philosophies of relational space and time; cross-pollinating ancient and everyday temporal practice to make visible the impact of climate crisis in the Pacific. She conducts urgent environmental movements and actions to create transformation in Oceania. Engaging in the socio-political landscape of Australia with sensibilities in race, class and the female body politic, she is committed to making minority communities visible in the frangipanni-less foreground.

She is currently working with Arts House in Melbourne on a five year project titled ‘REFUGE’ an artist led community preparedness program in collaboration with Emergency Management Victoria and many stakeholders. Latai is also involved in climate change advocacy for Pacific island  nations through various engagement projects and regional campaigns. In the near future she will return to her ancestral home and continue the ultimate faivā (performing art) of sea voyaging and celestial navigation before she becomes an ancestor.

In this video, Taumoepeau reflects on her early memories dancing as a child in her village, the impact of a 2007 United Nations Climate Change Conference on her work, and her ambition to connect with other beings.