Ben Eltham looks at cultural policy in Australia where the 'new normal' is a replication of the old. 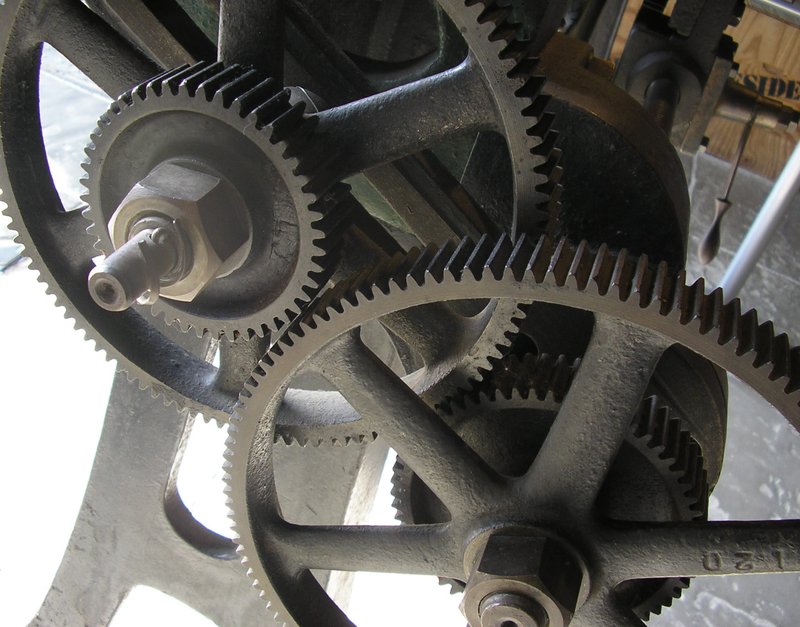 Cultural policy in Australia has a strange sort of inertia.

While government reviews come and go with a numbing regularity, the outcomes of those reviews generally seem to have the same result: the big companies prosper, while the small, the experimental and the communitarian are pushed to the back of the queue.

For nearly six years during the Rudd-Gillard era, Australia was promised a national cultural policy. While we waited for the visionary new framework cultural policy hovered in standby. Funding stagnated, drifting below the levels left by the Howard government. Precious time was wasted. Opportunities for reform were missed.

When Creative Australia finally arrived, in 2013, it was indeed a significant step forward. There was approximately $230 million in new funding, the first such injection into the Australia Council for “unfunded excellence" for many years. For the first time since Labor's Creative Nation policy of the 1990s, culture was envisaged in holistic and expansive terms. A gentle breeze of optimism began to waft over the sector.

It didn't last. Labor's Creative Australia was almost completely submerged in the internal chaos of the Rudd-Gillard feud.

The policy was only two weeks old when the arts minister who launched it, Simon Crean, blew himself up in a bizarre political suicide mission against Julia Gillard. After Crean departed, Tony Bourke was handed the portfolio, despite little policy background in the arts. He managed to hold on to the new funding, and shepherded through some legislative reform to the Australia Council Act. Then Labor was swept from office in the 2013 federal election.

Incoming Arts Minister George Brandis didn't even announce an arts or cultural policy during the election campaign. Instead he gave a long-winded speech at the University of Western Sydney, extolling the virtues of “excellence" and setting forth a series of values upon which his ministership would be based. There was also a hint of funding cuts. Most in the sector read his speech as a coded commitment to protect the status of the major performing arts companies. And so it proved.

Once the 2014 budget was handed down, we discovered why. Much of Creative Australia's funding disappeared, before it had even arrived. More than $100 million was cut from the portfolio, most of which was taken from the small to medium sector, from screen funding, and from grant pools for individual artists.

Creative Australia itself became an orphan, never mentioned but not yet officially abandoned. In the meantime, Brandis announced yet another review of the opera sector, headed by the same woman, Helen Nugent, who had headed the Howard government's major performing arts review back in 1999.

Coincidentally, friends of the Liberal Party were able to secure out-of-channels funding for favoured initiatives: a new mansion in Melbourne for the Australian Ballet School, and “bridging finance" for controversial record label Melba Recordings. On the other hand, enemies were punished: artists exercising their right to withdraw their work from the Sydney Biennale for political reasons were vilified by the Arts Minister himself.

The Australia Council, for its part, has set off on a policy adventure of its own, with a new Strategic Plan that is remarkably short on detail, but which obtains troubling hints at upheavals to come.

The Australia Council will achieve this by moving every non-major organisation onto six-year funding agreements. Those that secure such contacts will prosper; some of those that miss out will inevitably fail.

In a cruel irony, the new Strategic Plan has seen the contracts for the only organisations that did have existing six-year deals terminated. Unsurprisingly, these organisations were in the community sector.

We've already seen the template in Brandis' native state of Queensland. Funding cuts were pushed through. Big institutions were protected. Smaller organisations were punished. The pain was especially concentrated in politically weak sectors like youth arts and community cultural development. Several prominent youth arts companies with decades-long experience, such as Youth Arts Queensland and CONTACT Inc, have since folded.

Those of us who argued for Australia Council reform in the 2000s are experiencing a large dose of remorse. Instead of a redistribution of funding towards the new and the innovative, we are seeing the old power networks further entrenched, while the small to medium sector is left with few friends.

Meanwhile, a new cycle of funding reviews appears to be underway. As with the Howard years, the reviews will likely advocate for more funding for the sectors lucky enough to gain the positive attention of a friendly review staff – beginning with opera.

The visual arts may, with luck, secure another review like the one Rupert Myer headed, and which resulted in the Visual Arts and Craft Strategy. If it does not, expect more pain in future budgets. There will almost certainly be no review for the community sector, or for small theatre companies, or for literature. These artforms will instead wear funding cuts.

In just a year, therefore, most of Labor's cultural policy agenda has been undone. It's Groundhog Day, with the same arts minister as during the Howard years, and the same reheated agenda. “Excellence" – sometimes adumbrated to the new code word, “ambition" – is in. Diversity, community, experimentation and innovation are out.

Again, Queensland is the canary in the coal mine. Despite vicious recent budget cuts imposed in the name of fiscal repair, $10 million has just been showered on the arts for a poorly-planned, one-off distraction from the G20 summit. This is arts policy as window-dressing: the very opposite of strategic.

In other words, it's back to the future. After a six-year hiatus, the “new normal" is now simply the old normal: a default policy setting of “elite nurturing", in Jennifer Craik's evocative phrase.

Ben Eltham is an industry columnist at ArtsHub, and a research fellow at Deakin University's Centre for Memory, Imagination and Invention.