NAVA's new Chair, Barry Keldoulis, talks about his experiences working for a New York 'art tsar' and his current role as Director of the Melbourne Art Fair and Sydney Contemporary. 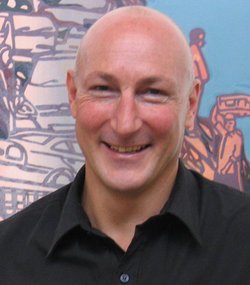 Working for the Art Tsar of New York in the 1980s

When I left uni my dad arranged me to have a job in a very big insurance company. I lasted about six months; it nearly killed me. Then I was mini bar attendant at the Hyatt Hotel and supervisor at Coney Island at Luna Park.

I lobbed into New York at the ripe old age of 21 and had been told by Rex Irwin that I should look this guy up – Henry Geldzahler. I remember after about 40 hours of air travel, getting off the plane in New York and walking down the swing arm and there was a rack of Time magazines in this little newsstand with Henry on the cover and it said: “Art Tsar of New York" and I thought well he doesn't want to hear from a nobody from Australia. But unbeknownst to me Rex had written to him and it must have been a doozy of a letter because he managed to track me down to the cheap hotel I was staying at.

I didn't really have an idea of how big and important he was. I was fast asleep at 9 o'clock in the morning when Henry rang. He had a thick New York Jewish accent and he said do you want to come to dinner? I thought he said are you doing anything for dinner and I said 'no'. The Commissioners of the city of New York are considered among the top 50 most powerful people in America because the budget of NYC is bigger than most state budgets. There's not really any equivalent in Australia. He's this bigwig and everybody wanted to have dinner with him and I said 'no'! And we chatted on a bit more and then he asked me again and I realized what he was saying and I said 'yeah sure'.

We went to David Hockney's opening at André Emmerich on 57th St and that's where I first met Andy (Warhol). I'd been in New York a couple of months by then and I was down to my last traveller's cheque, $200 or something. I didn't know what I was going to do. Henry asked me what I'd done and I said what I thought was most interesting and then I added, embarrassed – insurance clerk. He must have thought, “ah, can file". I don't know if you saw my desk on the way in but I still can't file.

In the early 80s there was that huge explosion of creativity downtown, especially in the visual arts. As Commissioner, Henry oversaw the whole cultural life of the city but he was itching to get back to grass roots involvement. He wanted to leave the commissionership and he needed a private secretary. I didn't need to think twice about it given my circumstances but I said I'll do it if my title can be Chief of Staff. I don't know what made me say it other then it seemed to me a very American title.

It was fantastic. Henry got invited to absolutely everything. He had a huge party reputation from the 60s and 70s but by then he liked nothing more than to go home with his boyfriend and listen to opera and read, so somebody had to deputise! So it was uptown, downtown, all over town. I was there for ten years - it went like ten months. My friends were the neo-conceptualists and the graffiti artists and the new gallerists downtown and in those days you could go out and dance all night every night, and we did. The city runs on incredible energy.

I'd been with Henry for ten years; it was time to move on to another job. Then family circumstances came to the fore and I ended up leaving to help my mother move back to Scotland. I came back to Australia in 1995. By then Sydney had changed vastly and it almost felt like the old New York days, racing around from openings at artist run spaces to galleries. It was in full flight in the lead up to the Olympics and it was still manageable. Now it's almost like New York in the sense that you can't do everything.

These days there are more opportunities to experiment with exposure because of the explosion in communication with digital technology. The corollary is that we don't have more leisure-time, we just have more things to do all the time. The atmosphere that led to the common past time of visiting galleries on a Saturday afternoon or going to a gallery after a lunch meeting has almost evaporated. A lot of gallerists are finding people will go online to view an exhibition before they decide whether to visit. So they don't go to galleries any more to see what's on, they look at what's on and decide what to see. That has a number of disturbing qualities for artists. It would be a very sad thing if the only art that ultimately got made was stuff that looked good on the small screen.

The rising popularity of art fairs

I think that's where art fairs have come to the fore because they are really like a physical manifestation of the internet in that you can see work not just from your city and country but from around the world all at once, in the flesh.

And that's one of the reasons why they are very popular and why a lot of artists are quite supportive of fairs now even though I think initially they were seen as a meat market for art. I think artists were initially horrified by that uber-nature of it but also stunned by the sheer number of people seeing their work. The nature of the fairs is about constant change. Rather than presenting a stock show, which is probably the attitude the galleries had a couple of decades ago, they now put their best foot forward. At Sydney Contemporary last year a number of galleries chose to premiere new work by artists in shows. So the artists are probably more comfortable with the way their work is being presented at fairs and also appreciative of the fact that now not only are people seeing it in the flesh but lots of people are seeing it in the flesh.

The influence of biennales

Biennales and art fairs have cannibalized each other a little bit. Art fairs were really commercial trade shows, if you like, and then they began to appreciate that to attract the cognoscenti they needed to engage with the intellectual life of the art world as well as the purely commercial aspect of it. So art fairs have interesting talk programs, often covering the whole range from very academic through to cross-disciplinary or lifestyle talks. They've managed to walk that tightrope between academic and commercial. It's a fine balance but really there's something at every art fair for your high-end collectors but also for your art buyers – people who are perhaps buying one or two pieces for a new home. Ultimately, their engagement with the art world is about supporting creative production in our country. For the general public their spend on art might be the ticket to the fair that year. But that's not to be scoffed at either. In this country in particular the engagement of the general public was not at a level it could be and personally I align to the Jungian idea of the collective unconscious - the more people see your work the more likelihood you have of your body of work entering the collective unconscious.

The difference between Sydney and Melbourne

The fairs are very different in Melbourne and Sydney. The buildings are indicative of the cities. They're both Victorian era buildings of course. The Melbourne building (Royal Exhibition Building) is an old Victorian lady and very grand and Sydney is a Victorian industrial era building with a contemporary award-winning architectural intervention (CarriageWorks). Both have been embraced by their populations. It's exciting in a world in which so much seems to be internationally homogenised that in a small country like Australia we can have these two fairs that are so different.

When I ran my gallery I was internationally focused; I was only interested in showing artists whose work I thought would stand up on the international stage. Because their work was of that calibre, I wanted it to be seen overseas so I travelled a lot and participated in art fairs. But at the beginning of that period and the early 2000s it was very noticeable that only the Germans substantially collected work outside their own culture. Post–war they were among the first to really support pop art with gusto, you just need to go to their museums and look around. In the last few years it has been noticeable that more and more people are buying outside their own culture.

Because of Australia's historic sense of isolation we have been quite focused on wanting to take our art to the rest of the world. We want to get Australian art out there but it's a two way street – you have to bring international art here. I had a show or two each year from overseas and sometimes had to buy work myself to send money back to the artists and gallerists to try and get that two way street going. If you're small minded about it you could say 'well that's money Australians could be spending on our art'. But really what has happened almost simultaneously is people around the world are starting to buy more Australian art.

New role as Chair of NAVA

It will involve a lot of reading! I'm really excited about it. When I was an insurance clerk the company merged with another enormous company. It was starkly obvious that corporate loyalty only went in one direction. There was a lady who had been working for the company for 23 years who was made redundant. It brought home to me the need to be able to speak as a group because your voice gets lost singly. It doesn't mean everybody has to agree but it's really important to have a peak body that represents the interests of that sector. I appreciate the level of discussion at NAVA and the way that it's focused on achieving the best outcomes for everyone in the sector. With the way politics is at the moment, very divisive, you need to have someone who can speak for your interests. 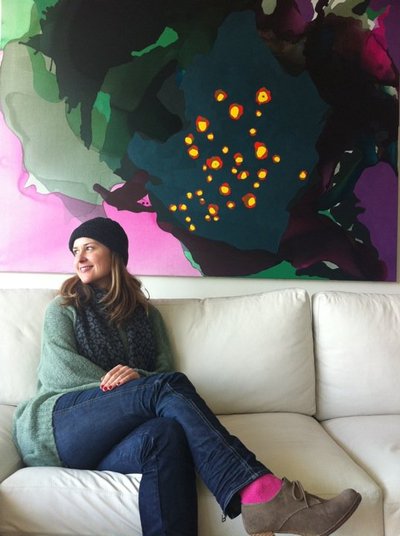