Finding Harmony in Diversity towards a National Consensus

With renewed global urgency to find harmony in diversity, peace can only come about where all voices at the margins can be expressed, heard and valued. The place to entrench freedom of expression is in an inclusive vision about our shared identity. Yet Australia has had only two national cultural policies in the last 25 years, Creative Nation and Creative Australia. Incoming governments threw both out, leaving long periods of no policy direction whatsoever. 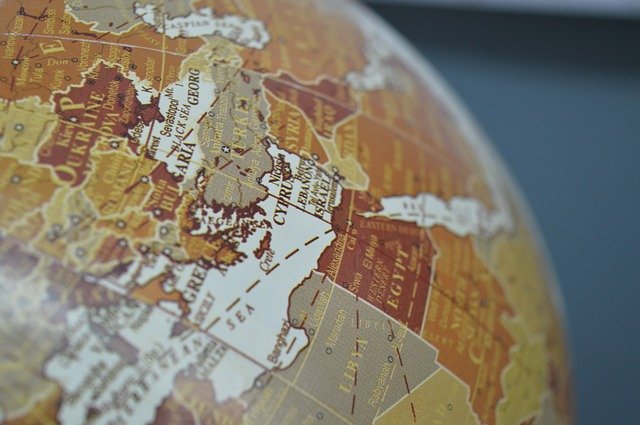 "Our ability to reach unity in diversity will be the beauty and the test of our civilisation."

With renewed global urgency to find harmony in diversity, peace can only come about where all voices at the margins can be expressed, heard and valued. The place to entrench freedom of expression is in an inclusive vision about our shared identity. Yet Australia has had only two national cultural policies in the last 25 years, Creative Nation and Creative Australia. Incoming governments threw both out, leaving long periods of no policy direction whatsoever.

This is dangerous and potentially destructive to the national fabric. Lack of bipartisanship across electoral cycles not only destroys nascent creative people, communities and industries, it damages us all as a nation. But the temptation for direct political interference is even greater as has been evidenced again with the recent cuts to the Australia Council without any basis in policy.

The Australia Council was set up as a statutory authority at arms length from government some 40 years ago. One of its tenets was cultural democracy, the idea that every Australian regardless of background or location, as a way of expressing and celebrating their diverse identity, could be an active participant in art-making instead of mere audiences or consumers. By championing self-determined culture-making via the original Community Arts Committee for disability, culturally diverse, GLBTQI, rural and remote and other communities, the Australia Council’s leadership became internationally recognised in giving the marginalised a cultural voice in the nation.

Often acting behind the scenes to empower the voices of others, the so-called community cultural development (CCD) sector has suffered from a self-effacing invisibility, as well as being mislabeled amateur because it works with communities. CCD recognises the double professional skill of excellence in artform as well as community development.

Despite apparent differences, the latest assault on the Australia Council has seen the entire creative sector standing together nationally for the first time. With the deft advocacy of ArtsPeak and #FreetheArts this has been apparent in the consensus shown within the 2260 Senate submissions and the extensive testimony at 9 Senate hearings around the country that presented a consistent message for the cuts to the Australia Council to be reversed. Now the sector as a whole is collaborating on a shared plan for the future.

This is unprecedented. As Australia Council CEO Tony Grybowski said recently in in a sentiment echoed by Senators at the hearings:

“Never before in my almost 30 years of working in the arts have I witnessed such a mobilisation of such informed, intelligent conversations about the arts, and we’ll all be a better sector for that.”

Hobart, Adelaide, Western Sydney, Darwin and Cairns all successfully lobbied to hold Senate hearings, so that Australia’s Indigenous, culturally diverse and rural and remote perspectives could be heard. There was a caution about serving regions as mere audiences with more tours under the traditional access and touring model from the capitals. After 20-30 years of building the soft infrastructure and jobs in regions to drive a self-determined grassroots cultural development model based on local creativity and telling our own stories, this is in danger of going backwards.

Arts in regions are not a frill on the petticoat of life (to quote Robyn Archer), but life itself.

The arts are often compared with sport, and there are parallels, from the champions that draw audiences as a ticketed industry, to the entry-level nippers having a go in every community. But sport is predicated on competition, whereas arts is a connector and essentially collaborative. The biggest challenge in embracing diversity in all its forms is leveling traditional hierarchies, as they always produce disempowerment, edges and margins.

The world needs to find harmony in diversity now more than ever. At this rare and precious historical moment, is it possible for this newfound arts and cultural leadership to be a force to build consensus across many potential divides in Australian society?

Eve Stafford OAM
Eve Stafford OAM has worked visually as a screen-printer and photographer, as a writer and publisher, a festival and events director, performing arts tour organiser, and as a photo-journalist and media publicist for over three decades. She is a co-director of Savvy Arts, currently involved in developing 3-5 year cultural plans for local governments across regional Queensland. Before that she was a founder and longstanding Executive Officer of Arts Nexus, an arts service organisation supporting all of Far North Queensland. Her former Australia Council fellowship investigated models of regional arts service delivery, and in 2007 she was awarded an OAM for her services to regional arts and cultural development.