The importance of mentorships

Tony Albert talks about the power of mentorships and the importance of sharing knowledge with fellow artists. 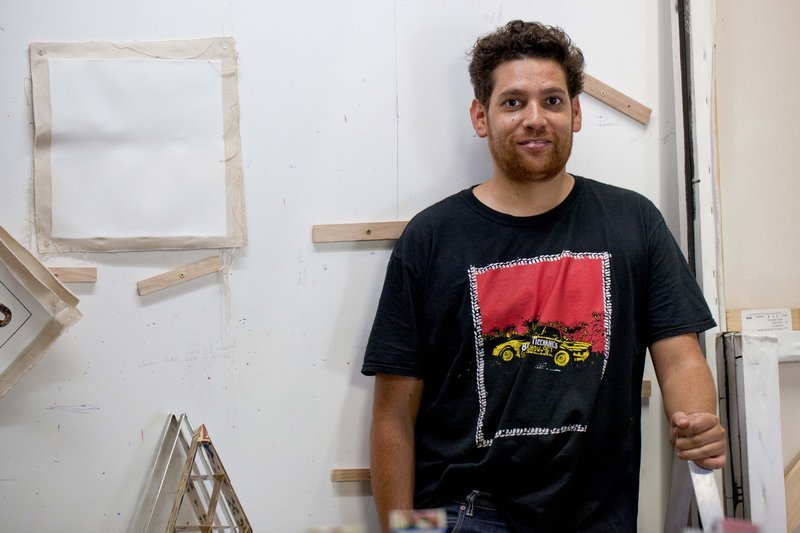 I can still vividly recall the first time I met artist Laurie Nilsen. Only months earlier I had completed high school and decided to enroll in a Bachelor of Visual Arts, specialising in Contemporary Indigenous Art (BoVA CAIA) at Griffith University. I was only three days into my degree when I attended my first sculpture class. My lecturer was acclaimed Aboriginal artist Laurie Nilsen. BoVA CAIA was unique; it was the only art degree in Australia established specifically for Indigenous students and the nature of our tight knit community ensured that students and teachers alike formed a close bond. For me, Laurie very quickly became much more than just a teacher. He was a friend, a confidante and perhaps more importantly, my first mentor. Laurie not only taught me technical skills, but also introduced me to the Brisbane art community and encouraged to explore new ideas in my practice. After graduation we remained not only friends but became collaborators. The Brisbane art scene is special like that. I think this closeness stems from our culture and how we understand family.

Sometime after I finished my sculpture course, Laurie along with Richard Bell, Gordon Hookey, Vernon Ah Kee and Jennifer Herd invited me to join their collective, proppaNOW. As a young artist who was still experimenting in art school, this was a tremendous honour. And as I reflect on all that I've achieved to date, I know that proppaNOW is a large part of that success. Being mentored by senior artists meant that I could make work in an environment where I felt safe and supported. They introduced me to artists, curators and collectors and pulled me into line when I was getting ahead of myself. Having the opportunity to exhibit alongside people I so greatly admired was an exciting prospect for a young emerging artist.

Sharing knowledge is such an important part of our community, and it came very naturally to me when I began mentoring students around five years ago. Since moving to Sydney in 2011 I've invited over 20 assistants, often from one of the three art schools, to work with me in my studio. I see this opportunity as a symbiotic exchange; not only do assistants help me with large-scale projects but I also spend time talking to them about their practice, aspirations and challenges. I see these relationships as long term. After students leave my studio, I continue to keep in touch with them, follow their careers and support them where I can. As a more established artist, I see this as my duty, but also as a privilege. My first question to anyone coming into my studio is always 'What do you want to do, and how can assisting me help you get there'? I genuinely want to see emerging artists supported in the way that I was as a young man attending art school in Brisbane. The experience of being mentored has hugely influenced the artist I am today, and it is my hope, that I can impart some of my knowledge on to the next generation of Australian contemporary artists.

Tony Albert is a Brisbane-based artist born in North Queensland.