Localism in the top end

In Darwin it’s easy to consider ‘localism’ in an Aboriginal sense: of its own locality on Larrakia land and the vast network of local language groups and intercultural exchange stretching across the Top End and desert regions. It’s also easy to consider ‘localism’ in a northerly sense – the city’s paradoxical positioning as both a northern line of defence and gateway to Asia. 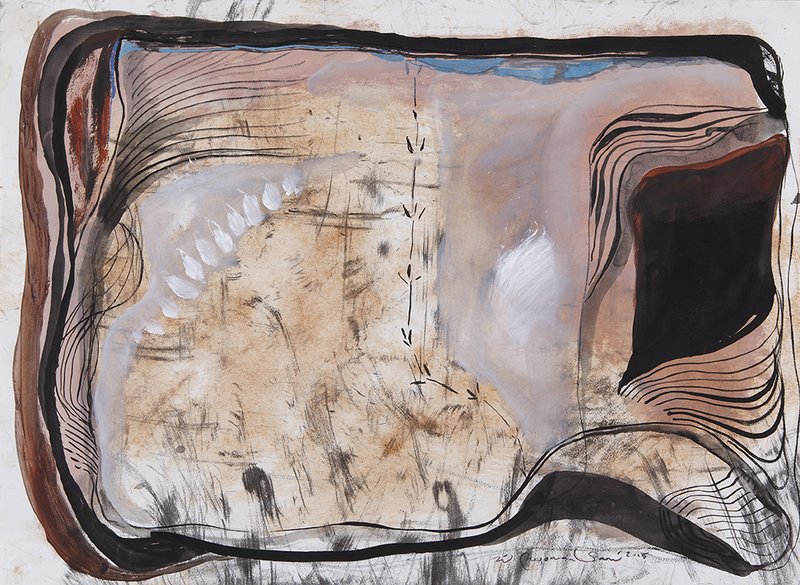 In Darwin it’s easy to consider ‘localism’ in an Aboriginal sense: of its own locality on Larrakia land and the vast network of local language groups and intercultural exchange stretching across the Top End and desert regions. It’s also easy to consider ‘localism’ in a northerly sense – the city’s paradoxical positioning as both a northern line of defence and gateway to Asia.

As its name suggests, the Northern Centre for Contemporary Art (NCCA) takes this northerly perspective to heart, keenly aware of its place in a city which was for the first 50 years of its life predominantly made up of people of Aboriginal and Asian descent; of a region which had fostered trade and cultural links to the north (primarily with Macassars from present-day Sulawesi, Indonesia) long before Darwin’s establishment 100 years after the Union Jack was first stabbed into the sand at Botany Bay.

Since opening its doors in 1990, NCCA (then 24HR Art) has set about building and furthering artistic dialogue with key northern neighbours such as Indonesia. Projects such as Kuda Binal (1994) with Indonesian artist Heri Dono and The Meeting of Waters (1998, a printmaking project involving artists from Indonesia, the Philippines, Arnhem Land and Darwin) have been as much about looking north and outward as about tapping into Darwin’s own longstanding Indonesian/Southeast Asian communities.

More recently, NCCA has undertaken a series of Artists’ Camps in 2012 and 2015 with Indonesian artists from Bali. These camps acknowledge a precedent with the ‘artist-in-the-field’ camps conducted by the Museum and Art Gallery of the NT from the late 1970s. Senior Balinese artist Made Budhiana has been a common thread throughout all of these camps which endeavour to immerse the artists in the NT’s natural and cultural riches with an emphasis on forging links with Aboriginal artists and communities.

In June/July 2015, 6 Balinese/Bali-based Indonesian artists set out on a 5-week mobile residency throughout the NT, travelling by car, plane and boat. They spent time in a number of localities: Darwin, Beswick (Wugularr), Katherine, Garden Point (Pirlangimpi, Melville Island), Tennant Creek, Alice Springs/Uluru, and Oenpelli (Gunbalanya), and they responded with a mountain of work: paintings, works on paper, sketches, reclaimed found objects, etc. While most of this work records their individual responses, there were a few collaborations, namely with Alice Springs-based artist Lionel Possum, the son of the late Clifford Possum Tjapaltjarri (1932-2002), and Melbourne/NT-based artist Rupert Betheras who led the camp. There was also collaboration through song with Balinese artist Ni Nyoman Sani teaming up with renowned musician and actor Tom E. Lewis for his annual Walking with Spirits festival at Beswick Falls.

The catalogue for the culminating exhibition, Cruise Control: Indonesian-Top End Artists’ Camp Exhibition (opening 22 January 2016, at NCCA) is also an opportunity for collaboration with Jogjakarta-based curator/writer Mira Asriningtyas penning one of the essays. ‘Localism’ may also have negative connotations in the sense that Balinese contemporary artists are often overlooked in Indonesia’s broader contemporary art scene which is generally centred in Jogjakarta. Mira’s essay attempts to contextualise and redress this perception. NCCA’s Indonesian embrace can hardly overlook Jogja. In 2015 we also actively engaged with artists from this city with a solo exhibition by Sadat Laope, a 1-month Darwin residency with Dito Yuwono, and NCCA’s façade made over with stencil and paste-up art by Bayu Widodo and Digie Sigit.

Cruise Control: Indonesian-Top End Artists’ Camp Exhibition is showing at NCCA 23 January to 13 February 2016; to be opened by the Chief Minister of the Northern Territory, the Hon. Adam Giles MLA, Friday 22 January. Artists: I Made Budhiana, Ni Nyoman Sani, I Made Suarimbawa (Dalbo), I Made Sudibia, Suryani, Wayan Wirawan, Rupert Betheras, Lionel Possum.

Maurice O'Riordan is a Darwin-based arts writer. He is currently director of the Northern Centre for Contemporary Art, Darwin, and was former editor of Art Monthly Australia magazine from 2008 to 2013.