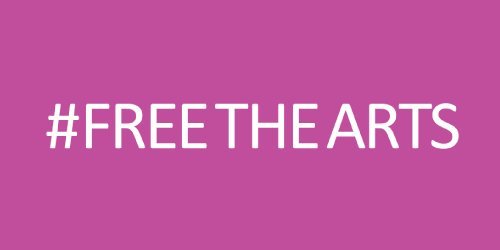 Free the Arts’ is calling on the Federal Government to put an immediate halt to plans to strip the Australia Council of $105 million over 4 years to establish the new National Programme for Excellence in the Arts (NPEA).

Free the Arts is a national whole of industry alliance of arts and cultural sector organisations and independent artists. The 65 arts sector delegates (representing 60,000 artists and over 14 million audience members) gathered in Parliament House in Canberra to communicate their concerns to senior politicians from all parties and the independent members.

1. Arts funding arrangements should be decided on within the context of evidence based policy, devised through broad and thorough consultation and research.

2. We support the Australia Council as an independent arms length statutory body free from political influence.

3. We reject the establishment of the National Program for Excellence in the Arts and its narrow concept of ‘excellence'.

4. We assert the great social and public value of the arts which influences and engages people across all layers of society.

5. The proposed disruption to the current funding model will have a profound and long-lasting affect on the arts as an integrated and inter-connected culturally diverse industry.

The delegation condemned the Minister’s actions that they say will jeopardise the sustainability of hundreds of small arts businesses and individuals, the engine room of the arts.

“Minister Brandis’ actions were taken without an evidence based framework,” said Norm Horton, Director of Brisbane based Feral Arts. “The Minister, by his own admission, has not consulted with the arts industry or other key stakeholders. The unintended consequences of his actions could see serious damage to the sector as a whole.”

The Minister has clearly recognised that there are insufficient funds to support the range and diversity of excellent arts programs and activities across the nation. Free the Arts calls on the Government to meet this shortfall by investing an extra $146 million in the arts and cultural sector over the next four years.

“In the meantime we urgently call on Senator Brandis, the Ministry of the Arts and the Australia Council to heed the growing calls from across the country and put the establishment of NPEA on hold whilst a Senate Inquiry is conducted,” said Jade Lillie, Melbourne based Director and CEO, Footscray Community Arts Centre.

The cuts put extraordinary pressure on artists, funding agencies and philanthropists across the country. They come just months into the implementation of the new Australia Council strategic plan that Senator Brandis publicly and enthusiastically launched last August.

Minister Brandis cut Australia Council’s discretionary budget by 28 percent. The simple fact is that if any NPEA funds go to major performing arts organisations the money will have come from cuts to individual artists and the small organisations.

Amongst the hardest hit will be the more than 400 hundred companies from across the country whose applications to the Council’s $30 million six-year funding program have been suspended. The economic impact of this alone has been projected at more than $1.4 billion over the next six years with hundred of job losses in communities across the country.

At stake is not just the funding to small organisations and individual artists but also the principle of arms length independence that has been a fundamental tenet of arts decision-making in Australia for more than forty years. Arms length funding, transparency and due process are critical to ensure freedom of artistic expression.

The Senate Inquiry investigating the NPEA is open for submissions until 17th July and will report on September 15th. Artists have already begun preparing what is expected to be an avalanche of submissions. Public hearing dates for the Inquiry have yet to be scheduled.

“The Senate Inquiry is evidence of support at the highest level but we all understand that we are at the start of a big campaign,” said Tamara Winikoff, co-convenor of the national body, ArtsPeak. “The sector would like to see a clearly articulated decision making framework for the arts. In an ideal world the pillars of such a framework should be shared by all the major parties. This will give a consistency that transcends changes of government.”

Whilst the campaign has been led by individual artists and small to medium companies, other important parts of the broader arts sector are also starting to stand up. In a press release on 17th June Chair of the Australian Major Performing Arts Group (AMPAG) John Irving said “the transferring of funds from the Australia Council has created significant uncertainty and instability in the small to medium sector.”

Planning for a larger sector gathering in Sydney on 2nd July is currently underway. This will provide an opportunity for a sector that rarely meets to get together and speak with a unified voice.

The arts and cultural sector is strongly focused on ensuring the best return for the community’s investment in arts and culture now and into the future.