NAVA speaks to Phillip Keir, co-founder of the Keir Foundation, and Chairman of the Biennale of Sydney about his support of the Arts within the realms of "arts incubation" and "venture capital". 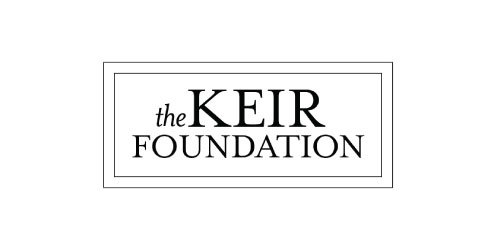 The Australian has described private philanthropy as the "venture capital of arts funding". You take a very considered approach to the artists and companies from whom you've chosen to commission innovative projects. Does the risk of emerging practice make a project more exciting for a philanthropic foundation to associate itself with?

Although private philanthropy can take on many legitimate forms, I prefer to spend more effort in the area that you could call "arts incubation" or "venture capital". At least one reason for this approach is pragmatic. The Foundation does not have the size or staffing of bigger foundations, so we think it very important to stay closer to artists and to small to medium size companies. We like to assist innovative companies in their work, because without these companies the artists are unlikely to have the required support in terms of production, marketing and exhibition.

On the practical side, the foundation does not hold open rounds as this would involve much financial resource being used up in administration.

In the same article you mention that philanthropic foundations can be more nimble than government funding bodies. How so?

Government funding bodies have to deal with complex sets of political constraints. These constraints stem from the nature of political cycles, institutional public service constraints, public relations requirements, competition between states, regional biases and the list goes on. The result of these constraints is that they tend to slow the decision making process within government bodies as these bodies go through very slow stakeholder processes. Philanthropic foundations do not have these constraints and can react very much more quickly to the interests of audiences and artists.

The Keir Foundation launched Australia's first matched crowdfunding campaign with Underbelly Arts in 2013. Why has your foundation got behind this project?

Underbelly Arts is an organisation that we had directly funded in previous years. We were keen to think of ways to expand the capacity of the organisation. As well as doubling the budget, the experience that each of the artist groups also received in assistance with the crowdfunding process itself, meant that they could then use this experience later if they so chose. Underbelly is the innovative kind of organisation that we felt was best to work with in this project. We also knew that Creative Partnerships had some money allotted to a matched funding project and we were keen to prove to them that the independent sector was the best area to target this funding.

You have moved from supporting publishing to theatre, before moving into the visual arts and more recently dance through the Keir Choreographic Award. What has sparked these shifts?

Working in the theatre and in publishing supported me rather than me supporting theatre and publishing. My involvement in theatre was as an artist and my involvement in publishing was in a commercial capacity. I have had an interest in the visual arts and dance from my earliest days as a student interested in what would now be called cross-disciplinary practice in New York in the late 1970s. The foundation is also particularly interested in international partnerships and we find that the visual arts and dance are by their very nature internationally focused.

As philanthropy is becoming increasingly crucial to the funding mix, how would you advise visual artists to better pitch their work to foundations and access these networks?

It is always going to be difficult for individual visual artists to deal directly with foundations, unless the foundation has a specific program for visual artists. Visual artists will be more successful with philanthropy if they work together as a group. This can either be through existing organisations or through ARIs or through developing their own group projects. The group approach gives a framework that makes for a much more powerful pitch.