Utopia - what do you wish for?

We asked representatives across different sectors to start a discussion on perspectives for the future.
You can contribute your thoughts and your vision to the prompt: Utopia - what do you wish for by emailing a paragraph (100-150 words) to ywu@visualarts.net.au 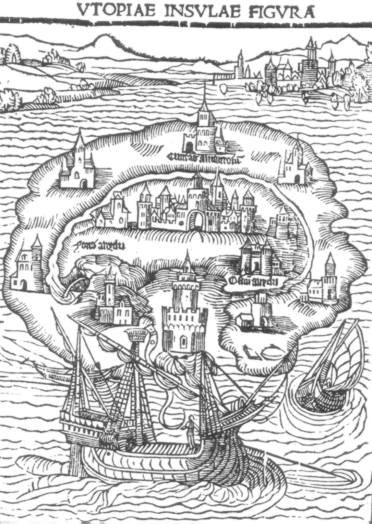 You can contribute your thoughts and your vision to the prompt: Utopia - what do you wish for by emailing a paragraph (100-150 words) to ywu@visualarts.net.au

We will publish selected contributions on this page.

There is a lot of conversation going on in the halls of power in Canberra these days about innovation, agility and creativity. Our most senior of public servants, Malcolm Turnbull, was recently quoted in the Australian saying ‘disruption was Australia’s friend’. Huge organisations such as Pepsi and IBM are becoming ‘design-infused’ placing design at the centre of their decision-making. These are great strides in changing the way we approach problem solving but our school structures are still formulated around an ageing curriculum when breaking away from this is the exception rather than the norm. Utopia would be introducing design thinking at the earliest stage of children’s education and development. Teachers become change agents within their schools, and students are encouraged to be divergent in their thinking, and supported in becoming creatively confident. Design thinking gives students the tools to discover creative solutions in the classroom. We are facing ‘wicked problems’ as a planet. Let’s equip our future leaders with the tools to really solve them.

I wish for the abandonment of a single art history. There is no tale that tells the story of our nation and there is no singular art historical canon that encapsulates our entire country. So I wish for a multiplicity of art histories and of artistic programs that explore diverse and paradoxical tangents of contemporary Australia. We are lucky to have a vibrant art scene filled with artists that pose critical questions and arts facilitators that build the infrastructure to house these questions. If we enable them to exhibit their overlapping tales and investigations of contemporary concerns, a more nuanced reflection of contemporary Australia will emerge. We just have to enable them.
- Mikala Tai, Director of 4A Centre for Contemporary Asian Art

There’s a proverb: 'be careful what you wish for'. This is taken to mean you should assume unexpected consequences from your well-intended actions. Another proverb is ‘the road to hell is paved with good intentions’, which has a similar meaning. ‘Utopia’ is also an ambiguous term. The word originates in a fictional text by Thomas More describing an impossibly idealised island society. The important qualifier here is ‘impossible’. The Twentieth Century was a period that witnessed the ascent of a number of utopian dreamers to positions of power where they were able to attempt to construct their utopias. Hitler might not be an appropriate example here as few would have considered his Reich a utopia. But many at the time, shared the dreams of Stalin and Mao. Pol Pot had his followers, as did Jim Jones. Personally I avoid wishful thinking. I also have distrust for utopias, especially any that I might come up with. So, my answer to this question is that I have no wishes and am wary of utopia.

'I wish to make Art which contributes to local commitment to protection and maintenance of my local endangered grasslands in Melbourne’s West; which changes scientists’ mindsets about art as decoration or representation; which brings art into central focus with science as its accountability and methodology.
Art will become Sensory Science. No-thing will be outside Sensory Science because it incorporates the intelligence of the human heart. My art practice is Utopian Art, informed by and responding to old notions of environmental scientific method. Not an outside observer of the land but immersion in it is the art, while observing the fauna and flora, geology, climate of the land is the science….. separation in Science, unity in Art.

Living into this binary reconnects the disconnect from nature and land, changing the gaze to objects in patterns, petals and pollens, possibilities in prototypes for protection and prevention. Utopia is here, under construction!'