The Art of Elections

As 2016 cranks into gear attention turns to the federal election and what it will mean for the arts in Australia.

In 2015 the arts sector showed it has real political muscle. The sector gained a lot of respect and some important new allies. How should we focus this power to the greatest benefit in an election year? What should be our priorities and strategies? 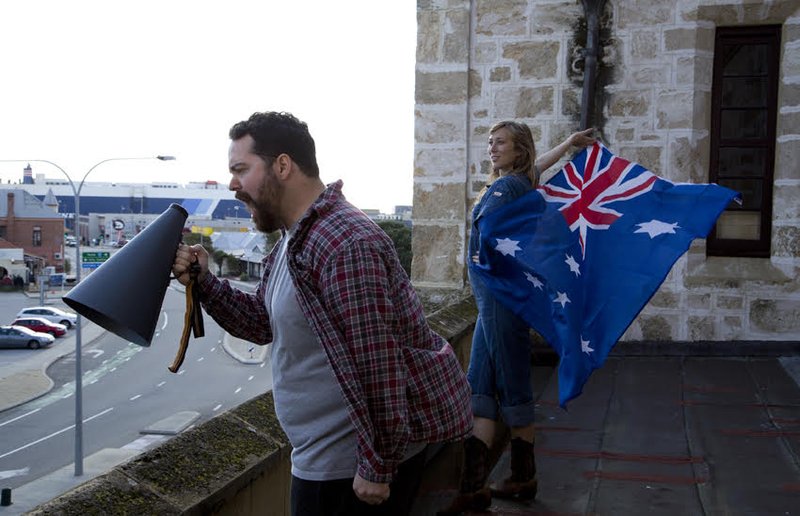 As 2016 cranks into gear attention turns to the federal election and what it will mean for the arts in Australia.

In 2015 the arts sector showed it has real political muscle. The sector gained a lot of respect and some important new allies. How should we focus this power to the greatest benefit in an election year? What should be our priorities and strategies?

The future for the arts under the current government is looking pretty grim. In total, the Coalition has now cut more than $170m from the arts since coming to office in 2013. It has failed to fill the policy void created when it axed Creative Australia and seriously botched both the NPEA and the Book Council. Many had hoped that the change of Arts Minister and Prime Minister would improve the situation. Those hopes were dashed in December with the MYEFO delivering a further $52.5m in arts funding cuts[1]. We also saw the arts sector left out of the Prime Minister’s innovation statement – even after the focus of the Catalyst program (nee NPEA) was shifted to innovation. So far the government has failed to act on recommendations of the Senate Inquiry Report including the urgent call for emergency transition funding for 2016. Clearly the sector has a lot of work to do to build its standing in the eyes of the Coalition. By contrast Labor, the Greens and independents senators have made public commitments to the Senate Inquiry recommendations, which include restoring 2013 funding levels and filling the national policy void.

For many in the arts sector this track record will see the LNP put last on their 2016 ballot papers. For some it will also be a trigger to get actively involved in campaigning ahead of the election. Pretty soon we will know if we are going to the polls in March or in September. At this stage the arts sector needs to be preparing for both scenarios.

If the election is in March the priority will be getting artists across the country actively engaged in their local electorates and advocating for the arts as quickly as possible. It will be too late to develop an evidence-based policy framework or shared national vision to guide the arts election policies of the major parties, but luckily we have the Senate Inquiry Report[2] as a benchmark and point of reference. We also have the work already done in developing an Australian Arts Charter[3]. Considered in isolation the arts may never be a vote changing issue for the broader public but it can be presented as an integrated part of broader political agenda with close ties to bigger policy areas such education, health, the environment and social services. Guy Rundle has argued that in order to achieve the changes we want in the arts, the sector needs to get actively involved in broader campaigning on multiple issues.[4]

The other thing we should all push for ahead of a March poll is binding public commitments from each of the major parties as to the future security and viability of the Australia Council and the principles of arms length, independent peer assessment. We have leverage here because if the Prime Minister and Arts Minister are not prepared to provide public commitments it will further galvanise the arts sector and broader community.

If a September election is confirmed we will have a little more time to organise. A major focus will be on the May ‘pre-election’ budget and pushing the government to repair the damage to the arts in the previous two budgets. A September election will also provide time to work on a shared national vision for the future of the arts in Australia that can underpin the arts policies of all the major parties. The election can also provide impetus for continuing the work of bringing the whole arts sector together and improving communication and coordination at a national level.

Based on current polling the coalition looks set to win another term at this year’s election, although a lot can happen between now and polling day. Regardless of the outcome the arts sector needs to build on last year’s momentum and continue to assert its political power at the national level. Failing to do so will run the risk of being treated with the same lack of respect we experienced last year.

Sarah Moynihan and Norm Horton are joint Executive Directors at Feral Arts. They have led the company since its inception in 1990. During that time Feral Arts has developed into one of Australia's leading community arts and cultural development companies. Sarah and Norm have developed and delivered a number of major community arts and cultural development projects at Feral Arts including South Bank – Young People and Public Space (1995), Musgrave Park Cultural Centre Symposium (1997), Mater PlaceStories (2007), Digital Landcare (2008-2010) and Storytellng in the Public Interest (2008-2010). Sarah and Norm have represented the Australian community cultural development sector in a number of national and international sector gatherings including the Rockefeller Foundation’s Community Culture and Globalisation Conference in Bellagio, Italy (2001) and the International Rural Strategies Alliance, Italy (2003). They served on the National Sector Scoping Study in 2005 and were members of the Australia Council’s first Community Partnerships Committee in 2006.