NAVA congratulates the following individuals who were among those recognised in the 2016 Australia Day Honours Lists for their service to the visual arts and craft sector. 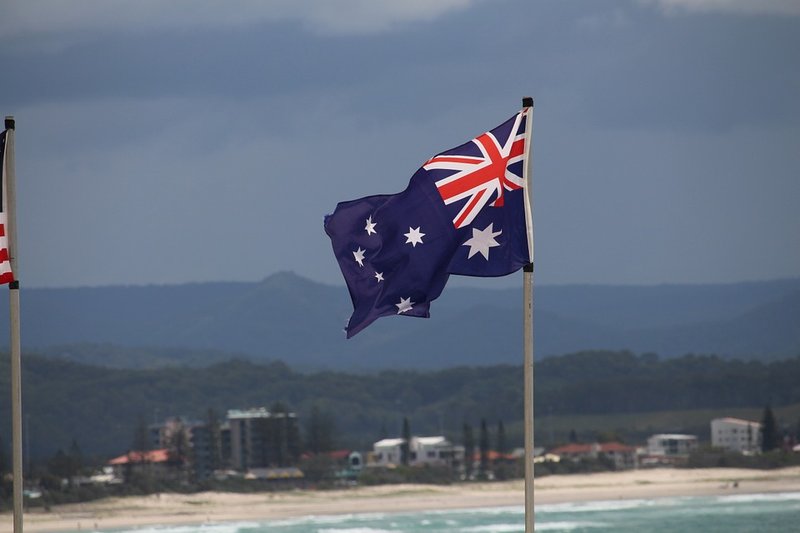 Companion of the Order of Australia (AC)

For eminent service to the community through philanthropic leadership in support of major visual arts, higher education, medical research and not-for-profit organisations, to the law, and to professional learning programs. Myers is currently Governor of the Ian Potter Foundation, Chair of the National Gallery of Australia, Chair of Museums and Art Gallery Board of the Northern Territory and supporter of Hamilton Art Gallery. He is a former Chair and Trustee of the National Gallery of Victoria.

For eminent service to the community through philanthropic leadership in support of major visual and performing arts, cultural, education, and not-for-profit organisations, and to the advancement of the understanding of Indigenous rock art. She is currently Chairman of the Kimberley Foundation Australia which promotes the advancement of understanding of the history and cultural significance of Rock Art in the Kimberley Region in Western Australia, and a former Trustee of the Elisabeth Murdoch Sculpture Foundation.

Officer of the Order of Australia (AO)

For distinguished service to infrastructure economics, and to higher education, to public policy development and review, and as a supporter of emerging artists. He is the Founder of the Ergas Collection (a not-for-profit company which supports the work of emerging artists), and has been a Benefactor of the ANU School of Art, Radford College Art Show, Queensland Art Gallery, MCA Australia, Art Gallery of NSW, Wollongong City Gallery and was the former Board Member, Australian National University Visual Arts Foundation.

For distinguished service to business through the movie, cinema entertainment, and theme park sectors, to the film industry as a producer, and to philanthropy. He has been a Patron and Arts Angel of the Victorian Arts Centre and National Gallery of Victoria, since 1982.

For distinguished service to the visual and performing arts as a photographer and film maker, and as a mentor and supporter of, and role model for, Indigenous artists. A renowned contemporary artist Moffatt has been selected to represent Australia at the 2017 Venice Biennale. She has had over 100 solo exhibitions world-wide, including in several high profile galleries including MOMA, New York; The Tate Gallery, London and MOCA, Los Angeles. She is the Founding Member, Boomalli Aboriginal Co-Operative. She was the recipient of the Laureate Artist of the Year, Australia Council, 2013.

For distinguished service to the visual arts through the establishment of the Museum of Old and New Art (MONA), and as a supporter of cultural, charitable, sporting and education groups. Walsh is the founder of MONA and Dark MOFO and has been a supporter of the Tasmanian Museum and Art Gallery, the Hobart Art Prize and Island Magazine.

Member of the Order of Australia (AM)

For significant service to arts administration through leadership roles with a range of institutions, to tertiary education, and to the community. Gautier is the CEO and Artistic Director of the Adelaide Festival Centre, since 2006.

For significant service to photography through the documentation of iconic architectural landmarks in Australia and the Asia-Pacific region. He is the Architectural Photographer and owner of Gollings Photography and Honorary Fellow, Australian institute of Architects. He was the co-creative Director, Australian Pavilion at the Venice Architectural Biennale, 2010. He has produced a range of publications including books, monographs and catalogues on architecture including two volumes of 'New Australia Style' and 'Kashgar, Oasis city on the Silk Road’. He has been recognised as the recipient of the President's Award, Australian Institute of Architecture, on two occasions.

For significant service to the community as a supporter of medical research and the arts, and to the mining industry. He is a former Trustee of the Art Gallery of NSW.

For significant service to the visual arts through the promotion of sculpture, and as a supporter of, and advocate for, artists with disability. Handley is the Founding Director of Sculpture by the Sea since 1997 and Organiser of 'Tactile Tours' in partnership with Disability in the Arts, Disadvantage in the Arts (DADAA).

For significant service to education as a visual artist and academic, to multiculturalism, and through innovative art programs for young refugees. He is the Former Director of the South Australian School of Art.

For significant service to the arts through the museums and galleries sector, and as a benefactor of cultural and educational organisations. Neilson is the Director and Founder of White Rabbit Gallery, Chippendale. She is a Board Member of the International Council, Museum of Modern Art in New York and an Ambassador and Benefactor of the Museum of Contemporary Art Australia.

For significant service to the visual arts as a botanical painter and illustrator, to professional associations, and as an author. She has been a Botanical Artist, since the 1970s; a Member of the Botanical Artists Group of Western Australia and Patron of the West Australian Guild of China Painters.

For significant service to the community of South Australia, particularly through support for the arts. He was previously a Board Member of the Australian Decorative and Fine Arts Society.

Medal of the Order Australia (OAM)

For service to the visual arts, and to the community of Warrandyte. He is a contributor of The Warrandyte Mechanics Institute and Arts Association; a Trustee of the Warrandyte Lawrence/Mayall Award, and Former President of the Warrandyte Arts and Education Trust. Illustrator, over 50 books on Systems Theory and Relationships Management; projects at Olympic Games Village, Homebush; The Melbourne Aquarium; The Melbourne Museum; AMP Experimental Laboratory, Circular Quay.

For service to the museum and galleries sector, particularly through the promotion of Indigenous arts. He is the Founder and Executive Director, Coo-ee Aboriginal Art Gallery, and the Former Managing Director of Menzies Arts Brands.

For service to the community, particularly as a general practitioner. He is the Founding Member of the Australian Decorative and Fine Arts Society Scone Inc.

For service to the community of Wangaratta. She is a Founding Member of the Arts and Cultural Committee, Wangaratta Textile Arts Association.

For service to rural and remote communities in New South Wales. She is the Former Chair of the Outback Arts Regional Board.

For service to the community through charitable organisations, and to the visual arts. Waters has been an artist for over 30 years. He runs free art classes for veterans and community members, and has also donated his artworks for fundraising auctions in support of a range of charitable and community organisations.