Dr Jacqueline Millner on the importance of publicly calling out bad behaviour, to make sexism, rather than being female, shameful. 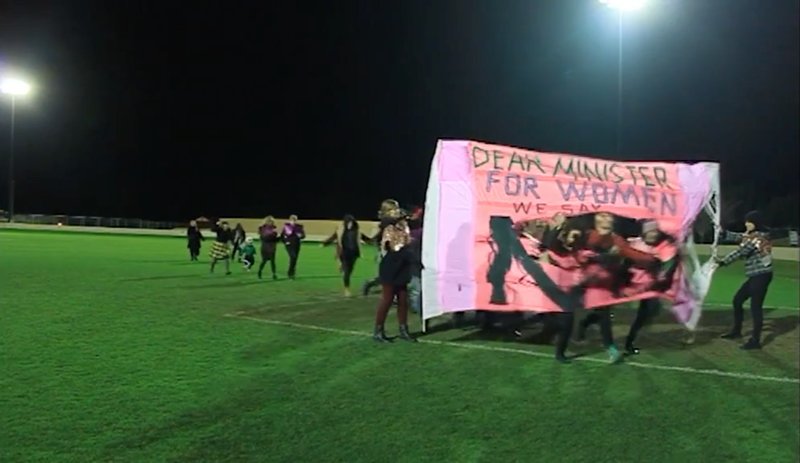 Ah, that time of year when the calendar grants us an artificially clean slate, an opportunity to re-set for the coming 12 months. We know that New Year’s resolutions are usually made when our inner resources are the strongest and external pressures the weakest, so the inevitable comes to pass. What I propose here then is not a New Year’s resolution but an ongoing resolve: a continuing and growing commitment to call out sexism wherever and whenever you encounter it in the visual arts. Guess that means more than one busy year ahead!

Sexism is a denial of human rights. It is abuse of power. It hurts. And it is thoroughly conservative and unimaginative, a classic example of business as usual. It is pervasive in all walks of life, among all sorts of people, regardless of gender, given the power of internalisation. But perhaps it is particularly frustrating in those social and cultural areas where women actually outnumber men, and where creativity and freedom are core values, such as in the visual arts. For decades now the vast majority of art, art history, art education and arts administration/curating students have been female. We know that there are currently more women practicing in all of these fields (although in the more senior roles, the numbers start to even out and eventually inverse). In recent years, contemporary art has vaunted feminist values (even if not by name), such as the questioning of the paradigm of the individual ‘artist genius’ through collaborative practices and the flattening of the hierarchy between maker and audience.

We also know that ‘Feminist art’ has been historicised and put in a glass case, widely regarded as a period that lasted a few years in the 1970s which forged some experiments interesting then, but not now; its influence on contemporary art and its currency are mostly disavowed. It is all too common for emerging artists to be counselled (by educators, critics, curators and peers looking out for their careers) against taking an overtly feminist stance, lest their work be ghettosised and squeezed down to one dimension; this fear of the ‘feminist stigma’ is also widespread among established practitioners. Female artists are consistently (and often vastly) outnumbered in public collections, major exhibitions and as top earners in primary and secondary art markets.

Feminism at its heart is a complex way of being that operates on multiple levels; it demands, and helps develop, imagination, creativity, acuity, courage, integrity, and a sense of humour. A feminist sensibility is observant and sensitive, looking beyond the immediately apparent — blandishments and lip service — to the underlying structures of inequality — abuse of power and protection of privilege. It is quick witted and imaginative, thinking up alternatives of how things could be otherwise, and constantly shifting the paradigms used to assess situations and make decisions. It is courageous, as it is risky and sometimes downright dangerous to question how things are done and why ‘business as usual’ benefits some to the consistent exclusion of others. And it takes a big commitment to the values you espouse. But knowing that there are a legion of fellow thinkers is an invaluable source of courage to sustain that commitment. Hence the importance of publicly calling out bad behaviour, to make sexism, rather than being female, shameful. Make this your resolution!

Dr Jacqueline Millner is Associate Dean Research at Sydney College of the Arts, University of Sydney, where she also lectures on contemporary art theory and history. She has published widely on contemporary Australian and international art in key anthologies, journals and catalogues of national and international institutions. Her books include Conceptual Beauty: Perspectives on Australian Contemporary Art (2010, Sydney: Artspace), Australian Artists in the Contemporary Museum (with Jennifer Barrett, London: Ashgate, 2014) and Fashionable Art (with Adam Geczy, London: Bloomsbury, 2015). She co-convenes the research group Contemporary Art and Feminism at the University of Sydney.