Artist Michael Zavros discusses the importance of art prizes and the impact that they can have on an artists' career. 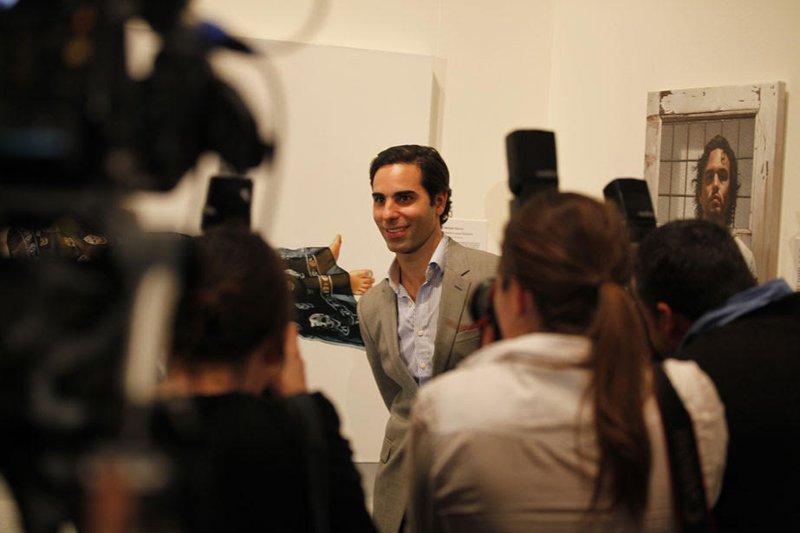 Australia apparently has the most prizes for art per capita and some of the richest prizes in the world. Maybe it’s because we are a betting nation. Aussies love a winner. For whatever reason, art prizes are an integral part of the art system. The idea of a competition for art is a perhaps a little unsettling. A selection of disparate works, are all weighed up against each other, ostensibly objectively but anyone who has ever entered an art prize knows that they are entirely subjective. You are at the mercy of the judge and their politics, their desires, their taste and aesthetic preferences. Art prizes are really unlike any other kind of prize in that sense. It is daunting to put one’s work into a public forum for judgement and consideration; the making of art is so often solo and interior and then suddenly it is on display to be judged, quite literally.

That aside, art prizes can be an essential part of an artist’s career. For both the winner and any finalist, they garner tremendous exposure for your work and they are an excellent way to get your work in front of a curator who may not otherwise be exposed to it. In Australia our big gig is the Archibald Prize and it can be something of a casting call; it’s a hit and miss exercise, a real running of the art gauntlet. It is a great big circus, the Melbourne Cup of art, but it can’t be ignored, or derided, not when you consider the excellent artists who have won over the years. Like many prizes the Archie tours to regional centres, bringing greater exposure and newer audiences.

Other prizes offering perhaps less public attention are often more worthwhile, because they are usually judged by an artist or a curator. This kind of peer assessment is really valuable in my opinion. Prizes where the work is considered by a curator or guest judge for pre-selection before the final means that a) someone has actually seen it and b) thought it worthy or interesting. The final exhibition then is curated. It is a really valid way to have your work seen.

Art prizes are an important means by which museums, large or small acquire work and build their collections. These sorts of acquisitive prizes are particularly valuable to winning artists as it’s not just a prize mention on your CV but a public collection to note also. Commercial galleries take a great interest in their stable winning prizes or achieving finalist status in a significant prize. To borrow some stock market trader language – a prize adds to consumer confidence.

Of the prizes I have won, the one I am perhaps most proud of was the Moran Prize. I was really invested in the winning painting I made of my daughter, and in that regard putting it up for consideration was very tricky. The artist judge that year was Fiona Lowry whose work I admire so it really meant a great deal to be selected.

My advice to emerging artists is to look at the annual list of art prizes and consider which ones are worth your attention. Don’t try and be all things to all people. If you aren’t a landscape painter then maybe a landscape prize is not for you. Alternatively, this might pose exactly the challenge you require as an artist. Adam Cullen winning the Archibald is probably the best example of this! Art prizes often lead to sales too. I think in that sense art prizes are excellent provenance creators. Many collectors like to purchase work from an art prize, even if the work didn’t win, because it comes with some curatorial approbation.

For an emerging artist entering a high-profile prize, do not have expectations of winning, and don’t let yourself be daunted. Just enter. Knock backs are character building and part of the process. As they say you have to be in it to win it.

Michael Zavros is a leading Australian artist who has received numerous arts awards and prizes. In 2012 Michael Zavros was awarded the inaugural Bulgari Art Award through the Art Gallery of New South Wales. In 2010 he was awarded the Doug Moran National Portrait Prize, the world’s richest prize for portraiture. He has won three major Australian drawing prizes: the 2002 Jacaranda Acquisitive Drawing Award, the 2005 Robert Jacks Drawing Prize and the 2007 Kedumba Drawing Award, and has been a multiple Archibald Prize finalist. He was the recipient of the 2004 MCA Primavera Collex Art Award.

Looking for opportunities? NAVA has over 300 listings of grants, awards, prizes and residencies in the Opportunities section of our website.