NAVA announces Esther Anatolitis as its next Executive Director 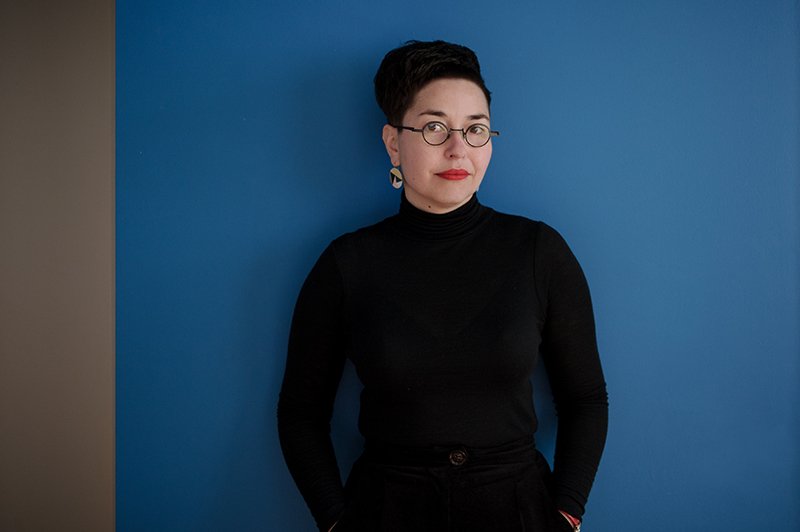 James Emmett, Chair of the NAVA Board, today announces Esther Anatolitis as the organisation’s next Executive Director.

“It is with enthusiasm and pride for NAVA that I welcome Esther as the new Executive Director. Esther’s experience, profile and intellect makes her ideal to lead NAVA through its next chapter. At a personal level, I am very excited to start working with Esther soon. I particularly want to thank our acting co-directors, Brianna Munting and Penelope Benton, for their ongoing excellent management of NAVA during this transitional period. They are tremendous assets to the organisation.”

“I am delighted that Esther will be joining NAVA,” said Senator Mitch Fifield, Minister for Communications and the Arts, “and look forward to continuing the very good working relationship we developed during her time at Regional Arts Victoria. Stepping in after Tamara’s 22 years at the helm would be daunting for anyone, but I am confident that Esther is more than up to the task.”

“Esther has long been recognised as a respected, insightful and fearless advocate for the arts,” said Tony Burke, Shadow Minister for the Arts. “Every breath of her advocacy has been underscored by the principle of keeping artists themselves at the centre of policy. Esther’s appointment is an unequivocal win for visual artists.”

Esther comes to NAVA with significant leadership experience, extensive networks, and a strong background in visual arts, design, architecture and media. Her practice rigorously integrates professional and artistic modes of working to create collaborations, projects and workplaces that promote a critical reflection on practice. Following a formative period as the DAAD Künstlerprogramm resident at the Bauhaus, Esther has held several arts and media leadership roles including with Craft Victoria, Melbourne Fringe, SBS and Express Media, and most recently with Regional Arts Victoria. She has served numerous board, policy, advisory and juror roles, and currently serves the boards of ACMI, Contemporary Arts Precincts as Deputy Chair, and Elbow Room Productions as Chair. Esther is a member of the TarraWarra Museum of Art Contemporary Circle, the Melbourne Writers Festival programming advisory, and is a graduate of the Australia Council leadership programs. Across ten years she co-curated Architecture+Philosophy, has taught into the studio program at RMIT Architecture, and has also taught at UNSW and the University of Sydney.

Alongside this work, Esther brings a local, regional, national and international perspective to contemporary arts issues as one of the nation’s leading advocates for the arts. Esther is a sought-after cultural and political commentator on panels, on radio and in print. She has facilitated national sector gatherings, political debates and industry events, and has participated in advocacy sessions at the IFACCA World Summit, the Americans for the Arts Convention, the UK Rural Cultural Strategy roundtable, and the past three Artlands biennials. A writer and critic, Esther’s work is regularly published, with current pieces in Meanjin, Overland, Daily Review, Assemble Papers and Broadsheet Journal, as well as on her influential blog at estheranatolitis.net.

“I’m so thrilled to be joining NAVA at this critical time for championing visual and media arts, craft and design,” said Esther. “Tamara Winikoff’s tremendous legacy has set that bar high, and I’m very much looking forward to working with NAVA’s superb team. NAVA’s members power the arts across our cities, suburbs and regions. Let’s lead the national cultural agenda with a confident, creative vision for Australia’s future.”

Aegeus Executive Search led a rigorous recruitment process that attracted a high calibre of candidates. NAVA thanks all applicants for their interest in the role, and thanks Aegeus for their expertise.