Cherie McNair, Director & CEO Australian Centre for Photography (ACP) asks what would it take to make paying artists a reality? 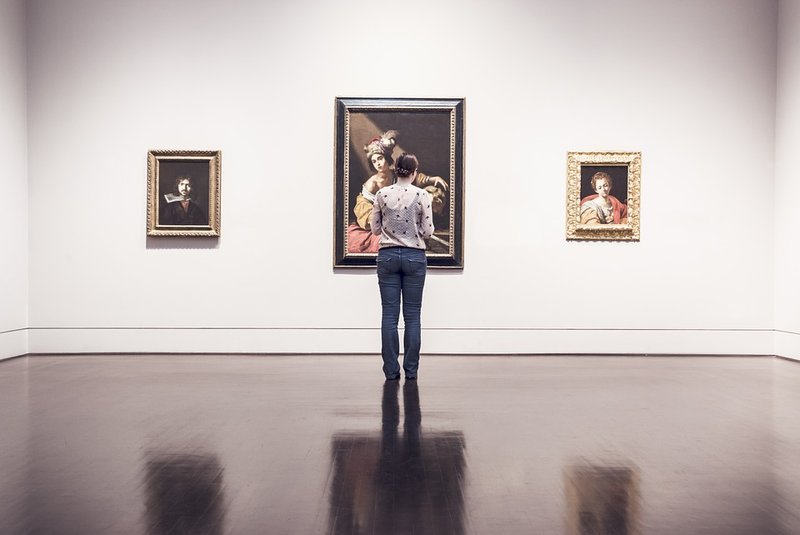 'It's not just the enjoyment they bring, I see the artist as central to us as a nation and to securing its future,' Arts Minister Simon Crean, 2013

‘It is necessary that the Government support arts companies if we are to have a healthy cultural sector.’ Arts Minister, George Brandis 2015

The economic value of the arts to Australia has been well documented and quantified. However, this value attribution does not consider the social and economic situation of the artist.The something north of $90 billion contribution to GDP does not expose the reality that a significant number of artists are barely managing to make a minimum wage from their art.

What would it take to make paying artists a reality? There are a number of international models we could borrow from. If Tony Blair can be inspired by Creative Nation, then surely it’s our turn to look afield for inspired policy. Canada’s Status of the Artist legislation provides a legislative framework for the payment of minimum fees; it also makes provision for talks, reproductions, films and all potential artistic outputs from an artist’s practice.

There are optional schemes in place in Denmark, Poland, Ireland, the United Kingdom and the United States of America (amongst others).Each generally starts at a rate that reflects the average working wage and negotiations start from there. In Australia, NAVA’s Code of Practice sets recommended best practice rates for fees and wages based on similar approaches, but the take up from galleries and organisations is inconsistent. The Fair Work Ombudsman has limited or no information on the minimum wage for an artist.

The payment of artists fees is generally embedded in an artist contract. When issued by a large institution, this fee – often a single line in a long and complicated document – is seen as non-negotiable by a majority of Australian artists and is rarely challenged. This fee is a flat rate.This fee doesn’t include time to attend meetings, the administration behind a loan or commission, materials, or seeking legal advice.It is implied that these elements are wrapped up in a minimum fee or are considered gratis in exchange for the value of the ‘exposure’ the artist will receive for participation. Enlightened organisations will pay additional fees for talks and tours and, thankfully, it is legally required and established best practice to pay for image reproductions.

The arrangements between a gallery and an artist are a commercial relationship. There are benefits for both parties and the concept of fairness should come into play. Having worked across metropolitan, regional, state, international and contemporary institutions it is the transparency surrounding fees and a willingness to negotiate that makes for a healthy partnership and delivery model. Institutions should be upfront about their fees, their limitations and the level of support to be provided to artists. And they should stick to it. Fees that are often considered non-negotiable for Australian artists certainly become so when an international artist is included in the mix.

Transparency remains the most vital starting point, to expose good practice and to demonstrate that paying artists fees is possible. There is a distinct lack of leadership in the larger institutions, where the industry benchmark should be the minimum, not the norm and should be written into all funding agreements. Current fees are set and benchmarked against small to medium organisations, who rarely attract the levels of support needed to pay above the minimum, however evidence would suggest that they mostly try to pay the minimum.

The Australian Centre for Photography (ACP) believes in supporting our artists, our photographers and the sector though the payment of artist fees. We are committed to safeguarding and strengthening the arts and culture sector for the benefit of the artists and the communities and audiences they serve. The ACP believes that paying artists makes good cultural, business and economic sense and is an investment in the sustainable future of the sector.

Perhaps a return to our nation’s foundation ideal as a land of equal opportunities is conceivable. The concept of fairness should underpin a policy, or inspired legislation, to provide a range of solutions that work for a variety of scaled institutions. The arts sector is adept at being pragmatic and collaborative. Years of funding cuts and uncertainty has made it so for survival. An agreement towards a fair administrative process and the recognition of the artist as a professional entitled to a minimum wage should not be difficult to reach consensus for.

No one should have to work for free. The Australian Government has an opportunity to become a world leader in this area and set a precedent for other countries to follow by developing an enforceable industry standard.

The payment of artists’ fees is the second recommendation NAVA makes for consideration in national government arts policies. For the full list of recommendations and background information based on international precedents visit: https://visualarts.net.au/advocacy/campaigns/key-recommendations/