We chat to RAYGUN Projects, a non-profit artist run initiative owned and co-directed by artists Alexandra Lawson and Tarn McLean in the CBD of Toowoomba, southern Queensland. 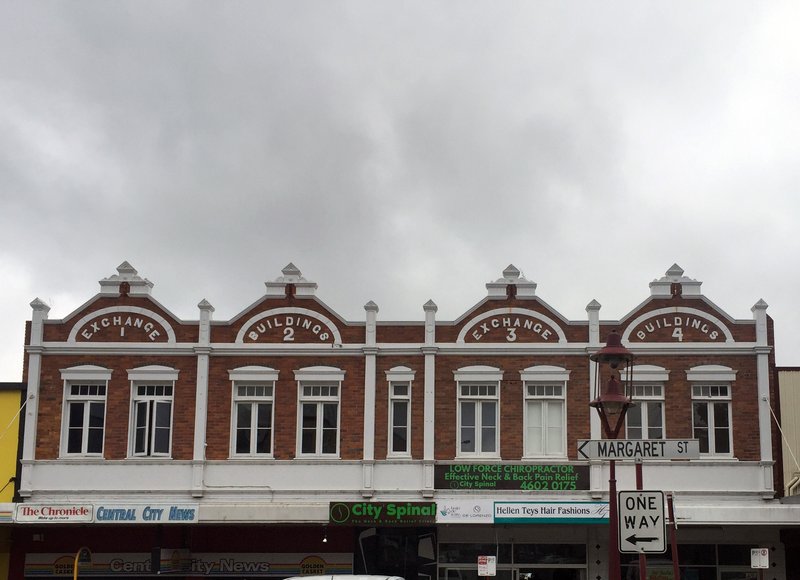 How did RAYGUN begin?

We developed RAYGUN in 2011 when we decided to stay in Toowoomba and undertake our PhDs. We found a small space and made some specific rules about running the space. We decided that we would always run the space within our means, meaning that we would not put out a lot of money, or give more time than we could.

I think that’s everyone’s dream when they start a new space – how do you manage the demands of running a space while sticking to your rules?

We are open by appointment (aside from the opening nights) and always plan ahead our time management for upcoming shows. We are mindful and appreciative of our different strengths so each dedicates an equal amount towards running the space. It's like a system where we have a check list of things that happen on a regular basis. We are super conscious of how busy we both are so maintaining communication is really important to us. We meet on a regular basis (emails weekly but coffee and dedicated RAYGUN talk at least monthly). This enables us to reassess where we are at and to make sure we are still running the space the way we initially intended.

Also financially we have been very lucky to receive funding from Arts Queensland three years in a row (2012-2015). This provided the opportunity for artists to visit us and have really critical shows, consequently laying a firm foundation for how we wanted the space to operate on conceptual and operational levels.

Where did the name come from?

The name RAYGUN came from a magazine established in the 1970s by the same name. The magazine interviewed bands but more importantly experimented with typography. Each time a magazine was published it appeared different visually sometimes interviews were cut off the page or disjointed. The name appealed to us because it provides a platform for numerous activities to occur, without focusing on just one thing.

RAYGUN is a small space with a unique focus, can you tell us a bit more about it?

RAYGUN brings national and international artists to the regional community of Toowoomba to focus on social art practices and varied modes of painted realities associated with the expansion of contemporary painting. We have eleven shows a year. Initially we aimed to divide the calendar with half of our shows focusing on painting, the other half focusing on social or participatory art. The calendar is now far more fluid and involves practitioners from a variety of fields including theatre, music and off site performance art.

RAYGUN is located in Toowoomba’s CBD, at 249 Margaret Street on the second floor of an old exchange building with a floor space occupying roughly 4m/sq. Fitting with the small nature of the space, we invite artists to make new, intimate works that consequently push them to develop ideas that they may not otherwise. This conceptual premise was integral for both of our PhD research papers, allowing us to delve deeper into our theoretical intentions by way of interviews, spending time drinking coffee and sharing meals.

And what is RAYGUN for you?

RAYGUN is an offshoot of our individual practices, becoming a space for experimentation and dialogue. It has provided us with a platform to not only further investigate ideas surrounding our own arts practices, but also enables us to share our regional community with national and international artists and/or their art works and practices.

Tell us about some of the highlights?

The best part about what we do is host visiting artists from other cities and countries. We are lucky that most of them have been able to make the trip to Toowoomba and we have about three to four days working with them in various ways including helping with install, eating meals together and having critical conversations surrounding their practices. One conversation we had with a Danish artist turned into an extended ‘conversation’ through a three day Artist Run event in Copenhagen. Around fourteen different Danish ARIs invited curators from a chosen country and assembled together in Copenhagen to discuss ideas and the importance of running an artist run space.

Also RAYGUN has developed two publications with exhibitions that we have worked on and a project curated by Tarn McLean called Paintingontopofitself. The five-part project explores Painting within a reductive field and how it has continued to conceptually develop (since the Minimalist period of art production) into the second decade of the 21st Century, as a critical contemporary art practice.

RAYGUN has worked with numerous galleries and artists run spaces including NLH in Copenhagen, ALASKA Projects, Sydney and Miles Regional Art Gallery in Western Queensland as well as The Institute of Modern Art, Brisbane and RMIT in Melbourne. Through these opportunities we have brought our visiting artists to their spaces for artists talks and ‘pop up’ projects. This enables us to share with other communities what we are doing and experiencing in Toowoomba as well as providing further insights for our artists into other art groups across Australia.

What's coming up at RAYGUN?

In partnership with NAVA, we're presenting 'The Artist as Culture Producer' in conversation with Sharon Louden, Hrag Vartanian, and Guests on 22 April at Toowoomba City Library. RSVP here.

Aside from our monthly calendar, full of super interesting artists, we look to be organising a music event for local opera singers and musicians as well as engaging in our third RAYGUN project Sharing Loving Giving in New York, later in 2018.