Well, this motion is not about giving Australians a say.

This motion is about weakness and division on that side of the parliament.

This motion is about a government so divided and so leaderless, they have to handball a hard decision to the community to make it because they cannot make it in their party room. That’s what this is about.

And no amount of words from my colleague can hide from the fact that this is one big massive handball, because this is a government without a leader, utterly divided on this issue. That is what this vote is about.

Now, I will come back to the substantive in a moment, but let’s just talk about the procedural issue. This is a government that is so weak, it won’t even bring the bill back.

Do you know what the motion before you is? It’s saying, “Oh, you know that second-reading vote we had? Well, we did not like the outcome, so can we have it again?” That’s what this motion is.

They do not even have the guts to bring it back through the lower house – probably because they don’t know if they can hold all their people – so they put a motion on the notice paper saying, “Oh, we just want to restart the second reading, even though you all voted against it.” That’s what they are doing.

It’s a motion to overturn a clear decision made last year by this Senate, where 33 senators voted against, only 29 in favour, and the second reading was defeated. The matter was settled. Comprehensively. But because the Liberal Party room can’t accept that, now we have got to come in here and deal with a procedural motion to try and bring the second-reading debate back on.

Instead of reintroducing the bill here, or in the House, and instead of going through the normal process. But look, the reality is, this is all a stunt. And everybody knows that.

Now, I have a lot of regard for Senator Cormann. He’s generally a very decent person to deal with, and he’s trying valiantly to create some logic around what is an utterly ridiculous position – which is, “We just want to keep not having a vote, and we can’t decide to have a vote, so we are going to have all these mechanisms, even though the Senate said no. We want a plebiscite. If we can’t have that, we will have a postal ballot, because we can’t get to a decision inside our own party room.”

It’s a stunt, it’s a damaging stunt and it’s an expensive stunt.

There a lot of things you could do with $120 million isn’t there? About 3 million GP visits, a couple of thousand teachers. I’m sure we could go through a whole range of things that $122 million could be spent on, far better than a vote that is not going to be binding.

This is a vote whose sole aim is to stop the members of this Parliament being given a chance to do their job and vote.

If you just bring on a vote, we could save the country $120 million and, frankly, put us all out of the misery of having to keep talking about this issue because frankly, the country has moved on.

I do want to respond to the comment by Senator Cormann that this could be a unifying moment and that people could be respectful. I don’t think—I hope—that people watching me debate would think that I’m a shrinking violet. And I know what a hard debate’s like. But I tell you: have a read of some of the things which are said about us and our families and then come back here and tell us this is a unifying moment.

The Australian Christian Lobby described our children as ‘the stolen generation’.

We love our children, and I object—as does every person who cares about children and as do all those same-sex couples in this country who have kids—to being told that our children are a ‘stolen generation’. You talk about unifying moments? That’s not a unifying moment. It’s exposing our children to that kind of hatred.

And I wouldn’t mind so much if you were prepared to speak out on it, if the Prime Minister were prepared to stand up and say, ‘That is wrong.’ But what does he do? He says it’s a dreadful reason, to not trust the Australian people, don’t be silly; of course we can have a sensible debate.

Well, maybe he should stand up for some of the people who don’t have a voice, because we know the sort of debate that is already there. Let me say, for many children in same-sex couple parented families and for many young LGBTI kids, this ain’t a respectful debate already.

Labor will be opposing this motion, and we do so because of our longstanding position, which has been considered by the party and our opposition to a plebiscite. And what I would say to the crossbench is that you made the right decision last time; please make the same decision on this occasion.

- Senator the Hon. Penny Wong
Leader of the Opposition in the Senate
Shadow Minister for Foreign Affairs
Labor Senator for South Australia

This speech was originally published on Senator Penny Wong's website on 9 August 2017 and is available here. It is republished here with permission. 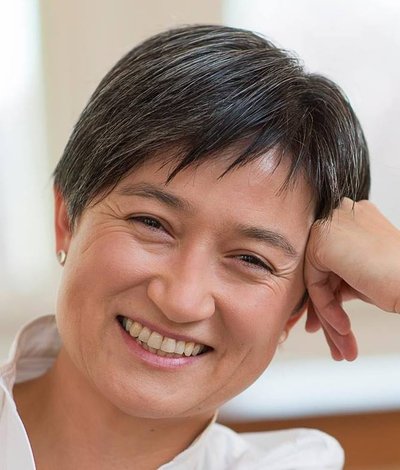