Kurnai, Gunditjmara, Wiradjuri and Yorta Yorta woman, Nayuka Gorrie draws on Beyoncé and Jay Z's new album to question the art of 'making it', for black bodies in white spaces. 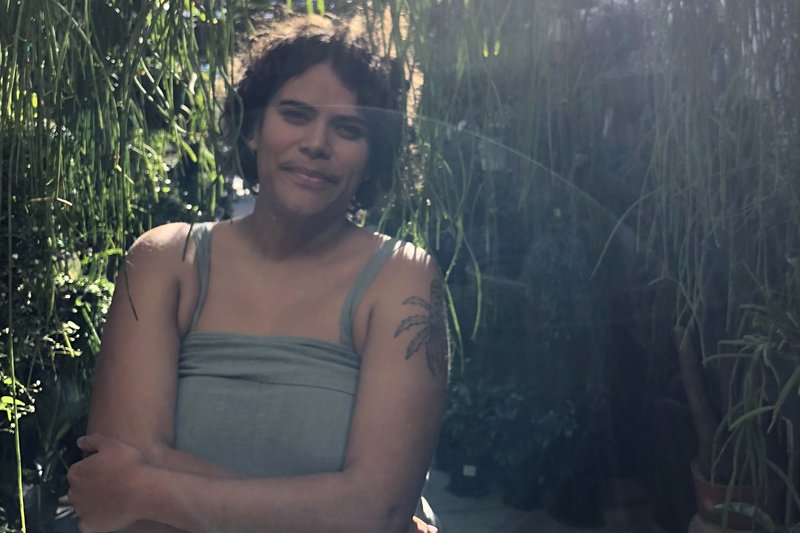 On 16 June Beyoncé and Jay Z released an album called Everything is Love under the moniker The Carters. They released a film clip for the second track on the album Apeshit. The film clip is set in the Louvre. It’s impressive... we are meant to be impressed. Much has since been written about the album and film clip. Whatever the hot take is, undeniably in this film clip is the occupation of a traditionally white space with black excellence and black bodies.

The song references particular institutions. The Grammys: Beyoncé was snubbed by the Grammys in 2016 after her Lemonade album, losing out to Adele – and even she thought Beyoncé should have won. The Superbowl: Jay Z talks about being asked by the Superbowl to perform the half-time show but says, “You need me, I don’t need you.” Spotify: Beyoncé raps letting us know that if she cared about streams she wouldn’t have pulled her album Lemonade from Spotify. The trap song is as much about flaunting how much power and fame Beyoncé and Jay Z have accrued, as well as deciding which institutions don’t matter.

Beyoncé is not the only Knowles to consider the role of institutions and art. Solange has spent the last several years investigating the role of black people in institutions. She has performed in the Guggenheim, and had an interdisciplinary installation at Hammer Museum earlier this year. In her Harvard Arts Prize acceptance speech earlier this year, Solange acknowledged that there are a lot of black people who would feel that they don’t belong in these institutions. To this point she says: “Our ancestors built these institutions so I know we belong here.”

Apparently like the rest of the world, I recently watched Hannah Gadsby’s Nanette. At one point amongst all of her humour and poignancy she talks about her art history degree and the role and tropes of the artists in society. She says that whenever there has been power and wealth there has also been art. The Louvre is probably one of the world’s most famous museums. In many respects it is the height of whiteness, as many museums and galleries are. The trap song, its title, the black bodies occupying it, are in stark contrast to the high art that adorns the walls.

By chance, someone I follow on Twitter shared an interview between bell hooks and Maya Angelou. Hooks asks her to expand on something she says in her books of essays Even the Stars Look Lonesome: “We need art to live fully and grow healthy.” Angelou responds by saying: “Art is not a luxury. The artist is so necessary in our lives. The artist explains to us, or at least asks the questions which must be asked. And when there’s a question asked, there’s an answer somewhere. I don’t believe a question can be asked which doesn’t have an answer somewhere in the universe. That’s what the artist is supposed to do, to liberate us from our ignorance.”

As an Aboriginal person I am surrounded by art. I am surrounded by artists. My mother took up writing later in life to tell her story, my brother a DJ and makes music in his spare time, my Aunty a painter, my best friend a photographer. We all, it seems, make some kind of art. But not all art matters – which is what keeps bringing me back to Beyoncé.

At one point Beyoncé is looking into the camera during Apeshit singing: “I can’t believe we made it.” What does it mean to make it? Is it wealth? Is it, as the film clip suggests, occupying white institutions with black work and black bodies? Do you build your own institutions or infiltrate existing ones? Despite her work in institutions, Solange isn’t interested in validating them. In a 2017 tweet she said: “We aren’t thanking anyone for ‘allowing us’ into these spaces …. Until we are truly given the access to tear the god damn walls down."

There are ways artists are pushing back at what it means to be in a space. In Narrm (Melbourne), artists have made conservative media headlines for privileging Indigenous peoples in their work. Real Blak Tingz garnered criticism from Andrew Bolt after their work The Black Matriarchy exhibited as part of Yirramboi did not allow white settlers into particular places. It was still possible to experience the art, there were just places that they could not enter. Similarly, Maori Victorian College of the Arts student Isabella Whāwhai Mason, during the performance she organised, stopped performing as soon as the number of self-identified white settlers watching exceeded the number of Indigenous peoples; the show would then cease, allowing no one to witness the multidisciplinary performance. This too garnered criticism from the Herald Sun.

I don’t know what making it is. I don’t know if we infiltrate or tear walls down and I don’t know if occupying the Louvre is the pinnacle. These, of course, are not questions white people are forced to ponder. Black people are often forced to talk about their art, their representation, their position in society, their communities, their trauma... and this often feels like it’s the dues you pay to get your foot in the door.