Q&A with Carly Lane and Andrea May Churcher 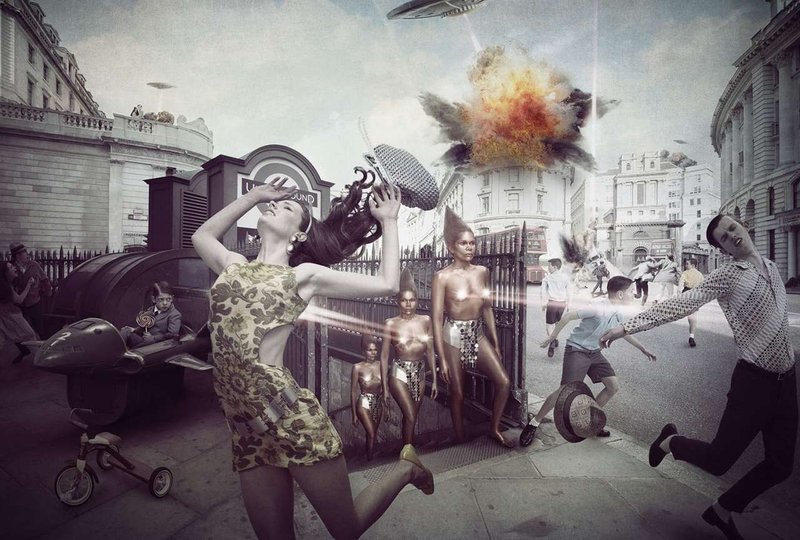 NAVA chats with Carly Lane, Murri woman from Queensland and Curator of Aboriginal and Torres Strait Islander Art at the Art Gallery of Western Australia; and Andrea May Churcher, Director of Cairns Art Gallery about Continental Drift: Black / Blak Art from South Africa and North Australia, an upcoming exhibition at CAG and WA Now – Julie Dowling, currently showing at AGWA.

Andrea, how did this show come about?

Andrea: Julietta Park, Senior Curator at CAG and I went to South Africa to do some research for another exhibition that we were working on and we became interested in certain artists’ works that were dealing with the impact of colonialism. It inspired us to look at Indigenous art within the broader context of international black arts and culture. There were a number of synergies between the work of the South African artists and the Indigenous artists in terms of looking at issues of gender, politics and race.

And Carly you wrote the catalogue essay for this exhibition.

Carly: Yes, Cairns Art Gallery invited me to write about colonisation and about the different Aboriginal artists’ work in the show. I said “yes”, as issues relating to Aboriginal and non-Aboriginal relationships in this country are of interest to me. I’m into politics and using art as a tool to shift stereotypes about Aboriginal people. I think this show will go some way toward that, and I talk about this in my essay.

Can you talk about the cross-continent dialogue between the curators and the artists' works in the show - why South Africa / North Australia specifically?

Andrea: One of the focuses of the Cairns Art Gallery is Indigenous art from Far North Queensland. Rather than looking at artists from across the African continent we decided to focus on South Africa – to develop a more focused conceptual framework for the exhibition. Obviously South Africa and North Australia have quite different histories but share many of the same impacts of British colonialisation: forced removal, segregation and dislocation. There is a shared history that is about the control of people.

I understand there are four themes in the exhibition?

Carly: The themes are gender and identity, dislocation, history of colonisation as its own thing, and activism. It was something Julietta and Andrea really wanted to draw out. I support this approach and discuss it in my essay. It opens up dialogue about colonisation and its impact on people in a wide variety of ways.

Andrea: Yes, the themes emerged as we started looking at artists and what their work was about.

Carly: Fiona Foley and Dale Harding reveal the fatal days of early colonisation, while Paul Bong and Michael Cook examine the experience of being dislocated from culture and Country. Hannah Brontë and Tony Albert turn their attention to gender and identity under colonial rule, while Gordon Hookey and Archie Moore use the power of words and their meaning to take the fight up to the nation.[1]

Carly, you recently curated a major exhibition of works by Badimaya artist and activist Julie Dowling at AGWA which is on display until 20 August. Can you tell me about that?

Carly: It was the right time and place to present a solo show of Julie’s work from the period 1993 – 2005. The exhibition features 39 works by Julie held in the AGWA collection. Julie paints portraits, which aligns with my interest in the use of the body in art to portray people’s stories and experiences. Julie’s work does this very well. Her combination of family stories with Aboriginal histories personalises these stories, making them accessible to audiences. Empathy is also a good entry point. Through Julie’s work you find connection. There’s a sense of ah! someone’s brother, someone’s aunty and so on. These sorts of universal relationships or connections help Aboriginal people to feel strong and united; and for non-Aboriginal people it can help them to engage with others they ordinarily may not encounter.

I also want to add that Julie is not alone in her story telling. Her work is supported, as well as complemented, by the work that Carol, her identical twin sister, does. Dr Carol Dowling has written the catalogue essay for this show.

Yes I saw that, it’s lovely.

Carly: Yes, and I hope they don’t mind me saying, but it’s very much a family endeavour around what Julie paints and Carol writes.

And Julie Dowling is presenting an artist talk on 14 July at AGWA as part of NAIDOC week, is that right?

Carly: Yes, I was lucky enough to hear her speak to the works in this exhibition when she did a tour for the AGWA guides. I strongly recommend that people go.

Speaking of great women, this year’s NAIDOC week theme celebrates the essential role that women have played - and continue to play - as active and significant role models at community, local, state and national levels. What does this mean for you?

Carly: Yes. This year’s theme is not a surprise, it’s very welcome. Aboriginal families (at least in my experience) have all grown up with really strong female role models. Whether it be our mothers, grandmothers, our sisters, our friends, our aunties, all of the older generation before us.

It is important to acknowledge that often times it is Aboriginal women keeping families together, in real times of hardship. My mother was very influential and responsible in making sure that I guess that we survived. And when I say survived I don’t mean physically, I mean socially and mentally. She taught us resilience.

That’s not to discount what men do. But it is important that we acknowledge what women do.

Carly, why did you decide to become a curator and what drives your practice?

But then it changed. My motivation. Because art is a terrific form of activism. And if perception can be changed by art, then we’re making changes in a bigger way.

Absolutely, and that brings me to my last question. Earlier this year, NAVA launched its campaign #artsagenda, which calls for artists to lead the national agenda. What do you think should be on the #artsagenda?

Carly: I think the arts agenda still should be about equality. And understanding that equality must engage with difference. That we don’t all need to be the same to be equal. And let’s celebrate. Celebrate cultural diversity. Celebrate our First Nations. I mean fundamentally, we have to get that right. Because we’re still the most disadvantaged. Many in Australia will still not engage with Aboriginal people.

What artists and what work should we all be seeing and engaging with?

Carly: Not any one work. It’s the variety. Because Aboriginal people live in different places, have different stories and experiences, all of our experiences count. And I guess we need to break down the barriers and the stereotypes about Aboriginal people. Audiences need to see it all. We are a community, we are not one model of person.

A big show is coming up at AGWA in February 2019 that I have co-curated with Emilia Galatis and we’re super-excited. It’s called Desert River Sea: Portraits of the Kimberley. It’s a celebratory show to cap off the work we’ve been doing over the past 5 years across the Kimberley region in Western Australia.