We speak with Wemba-Wemba and Gunditjmara woman, artist, curator and researcher, Paola Balla, on feminism and her recent projects. 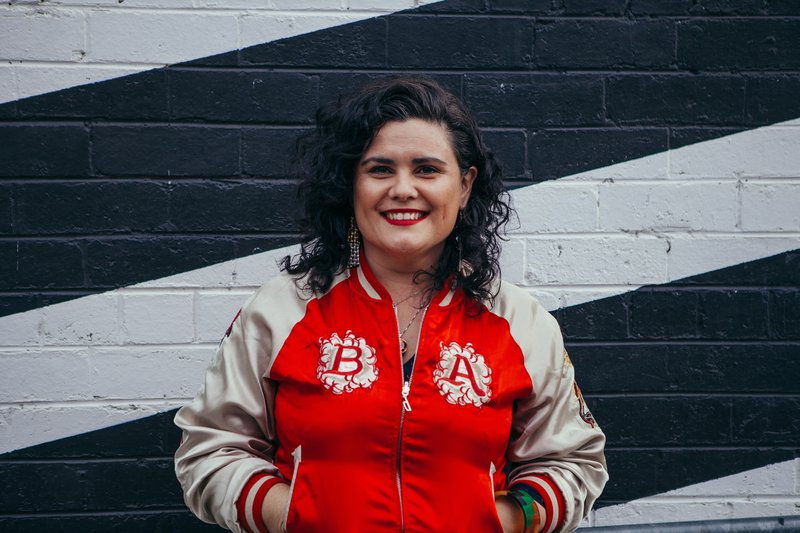 Feminism: is it an ethics, a campaign or a culture? How do you see artists, curators and arts workers are engaging with – and challenging – ideas of feminism, equity and diversity in their practice?

I think at its essence, feminism is a set of ethics that attempts to grapple with the oppression of women and girls but by being "Becky" feminist dominated, it has not responded to those most vulnerable; non white femmes and females in the world. I don’t identify with white feminism, but do with black, intersectional and matriarchal feminisms and knowledge systems of womanhood and of being femme and female. How feminism is utilised ethically is very important, that white women understand to unpack their own racisms and assumptions, especially that gender does not trump race for Aboriginal women in this country.

I believe that rather than commenting on what feminism is or isn’t, I focus on what blak and black, brown, Indigenous and queer and non-binary feminisms are and what they offer.

This offering is complex, diverse and encompassing of intersectionality and is where the most critical and profound work is happening; because it is out of resistance to white supremacy, patriarchy and the colonial project. There is so much scope for collaborations between all women and non-binary peoples for deep cultural engagement that challenges all of this oppression.

I believe that artists, curators and arts workers are engaging with and challenging liberal notions of feminism that are predominantly white that don’t engage with intersectionality, Indigenous women and ways of being, knowing and doing and have excluded femme, queer and black and brown, trans and non-binary women.

The work of Aboriginal women curators and arts workers for example in privileging the work of Aboriginal women to re-assert matriarchy and female authority, or just to be heard as women is critically important, particularly because of the continuing historical and contemporary violence and silence we are subjected to. Destiny Deacon, the late great, Lisa Bellear, Kim Kruger, Janina Harding, Maree Clarke and Vicki Couzens and on stage and film, Pauline Whyman, have impacted Melbourne’s and Australia’s art scene since the 1990s, and through that have influenced a younger generation of Aboriginal women curators, artists and arts workers, myself included, I look up to them.

Now, there is a current group of Aboriginal women curators and artists who are challenging and collaborating with white centric galleries and institutions like Kimberley Moulton, Genevieve Grieves, Clothide Bulleen, Belinda Briggs, Lorna Munro, Real Blak Tings-Arika Waluu and Gabi Briggs and many others, and the work of community women whose black women’s work goes unrecognised.

As an Aboriginal woman artist, curator and researcher, part of my responsibility is to keep doing what my Ancestor women have always done; tell stories and through that, hopefully be able to assist in maintaining culture and family well being through that assert matriarchy within my Aboriginal family and community ways of being. This also means nurturing healthy patriarchal ways of being for my son and nephew.

Your PhD research is on situating the ways First Nations women disrupt colonial narratives by speaking blak. This is you – this is your practice. Tell us how your research has informed and emboldened the platforms you've seized and created for women?

My research has informed and emboldened the platforms I am working on creating because it has empowered me. I have survived trans generational violence and trauma growing up Aboriginal in this country, surviving sexual violence, bullying at school, confronting racism in work places, social spaces, sports spaces, rape and mental illness. I have been able to practice healing and resistance by learning from how my family have done it.

I love being an artist and curator because it gives me access to the public, to share the resistance, strength, pride and beauty of Aboriginal women through art and story. My research is really a big flowing entity that I feel anchored to and safe with my matriarchy and supervisors but challenged by the academic processes you have to deal with along with way. Our ethics as Aboriginal people guide me and the more I learn about Aboriginal women’s resistance and survival and stories the deeper the project goes into just how profound these stories are, because they dispute the lies told about us and the myths of terra nullius that persist.

Your co-curated show Unfinished Business: Perspectives on art and feminism is at ACCA until 25 March. How have your ACCA collaborations evolved your curatorial ethic?

Collaborating on Sovereignty and Unfinished Business, have been very significant for me because it has enabled me to further share the work of black artists and black women artists at ACCA and with the ACCA audience. It has introduced ACCA to community members that had never been there before, and I believe has re-engaged people through those shows. My curatorial ethic was further developed through collaborating with Max Delany on Sovereignty and the Unfinished Business curatorium and Aboriginal community members that I consulted with for advice and guidance.

Ethically, my work and world view is of a Wemba-Wemba & Gunditjmara woman and my curatorial work is from that stand point too. Working on big exhibitions like this is challenging and exciting and encourages you to bring all of your thinking to a critical space of research, dialogue, problem solving and challenges.

What was it like being in the United States recently for a First Nations Dialogues program? How do you see Australia's place in the international landscape of these dialogues within contemporary art? How can we work more effectively?

It was so incredibly exciting, but tempered by the reality that local Native American and First Nations Canadian artists are over looked in New York City/Manhattan which is on Lenapehoking Country, it was so promising to see that Performance Space New York has begun a new relationship with the local community and Lenape People. I was honoured to be invited there to present about my work and ways to decolonise arts practice. Emily Johnson, a Nypik woman artist has been instrumental in this process and invited me to participate as a facilitator in the First Nations Dialogues on Lenapehoking.

Australia’s place is very important in the international landscape of these dialogues as Indigenous artists here have forged paths into the arts here for decades and laid the ground work we all benefit from, and it is noticed as being advanced in comparison to the US. It’s hard to believe with the huge continuing struggles we have, but it’s an injustice to see Native American artists fight for acknowledgment and space there. There are huge gaps there in presenters knowledge around First Nations protocols, networks and historic and current bodies of work and diverse Indigenous cultures and in the academic body of work by Indigenous Academics, arts researchers and artists.

As an artist, curator, writer and academic I work across a few worlds that don't always merge, but are critically important to this growing field and to future work being grounded in history and contemporary contexts. Documentation, utilising arts research methodologies and theories can be key to grounding the work, particularly around feasibility and qualitative research for future planning.

There is a growing number of us as Indigenous artists and curators doing PhDs in these areas and can learn from the Native American Artist in NYC; history and presence. I was very blessed to be gifted a copy of No Reservation: New York Contemporary Native American Art Movement (Edited by Jennifer Tromski. Foreword by Dore Ashton. Text by David Bunn Martine) by Aunty Diane Freher of AMERINDA in NY, who along with Aunty Muriel Miguel, founder of Spiderwoman Theatre NY, attended and made significant, critical local contributions to all of our First Nations Dialogues sessions.

They spoke about the history, knowledge, networks, lack of recognition and resources they and other Native American artists in the city are addressing and the fantastic work they have done and continue to do and what they vision for the future.

We can have a role to play as long as we are listening to, respectful of and abiding by local Indigenous communities' self-determination.

The 2018 NAVA campaign #artsagenda is well underway, and calls for artists to lead the national agenda. What should be on the #artsagenda? What work should we be seeing right now?