APHIDS co-directors: Mish Grigor, Eugenia Lim and Lara Thoms on their hopes, visions and fears in this election year, and their intent on working together as a reaction against a singular vision. 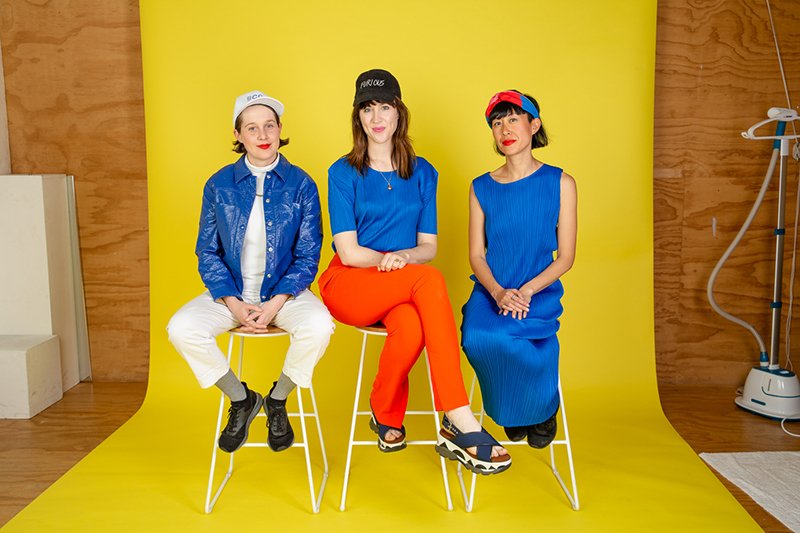 We are the new directors of APHIDS. As we start this role, NAVA, our long-term friends and advocates, have invited us to write something about our hopes, vision and fears for 2019. It’s an election year. This makes us both optimistic and nervous. Election years can be times of flux: promises made and broken, hasty initiatives, priorities lost in the fog of war.

We wonder what is being spoken of in those top offices, at policy level. If we were sitting in, one thing we’d fight for is the right and responsibility of art to just be art. To push back against its commodification and co-option into the neoliberal flow and conservative social order of things. Forget arguments for art’s economic good or ‘cost-benefit analysis’. As artists, we know art’s worth: it keeps us breathing. It keeps us hopeful the future. This election year and forever more, we want politicians and their constituents – you, us, economists, farmers, kids, scientists, teachers, workers - to understand that art is not something to be contained within a spreadsheet, a set of KPIs, or a ‘creative industries’ portfolio. As we face the possibility of mass extinction, the rise of populism, toxic masculinity, continued displacement due to climate change, war and racism, it is a vital yet indefinable part of making us humans, whole - not because it has any answers, but rather because it helps us articulate our questions. We want those in power to make real space for the voices and perspectives of artists in culture. A space that honours and respects people who identify as women, queer, First Nations, non-binary, people of colour. To pay attention to kids and elders as the past and future leaders of our society.

Always at the forefront of our conversations should be the conditions of labour for artists. This includes a sophisticated understanding of what rights have been fought for and won, because when a storm hits (like the one we’ve been battling since George Brandis’ damaging slush fund decimated the already precarious small-to-medium and independent arts community) it is our basic and deserved rights that we can cling to while we wait for calmer times. Too often the regulations and hard-fought battles of our sector are obfuscated and hard to understand. We need more attention and resources for the documentation and dissemination of information, in order that we can all get on with our jobs of making art safely and securely.

Our major institutions and their responsibilities towards artists’ fair working conditions and pay should be on the national agenda right now. For every curator who delicately advises us that the etymology of their job title is from the latin “one who has care of a thing, a manager, guardian, trustee”, we also hear of artists fighting for the right to be paid, fed, protected, informed, and in control of their work. At the hands of those who are salaried, secure and with superannuation, this is not good enough.

We need to understand why seven million dollars have been promised to stage a ‘re-enactment’ of the Endeavour’s circumnavigation of Australia. Aside from the fact that it was Matthew Flinders, not James Cook, who circumnavigated Australia, we need to voice our outrage and disgust that such a blatant expense of public money is going to commemorate the invasion, genocide and attempted erasure of Indigenous Australia, part of a total AU $48.7 million package promised by ScoMo to mark the 250 year anniversary of Cook’s landing. Shame, ScoMo, shame. Imagine how that money could be better spent on the living, not the dead. Imagine the hundreds and thousands of artists and ideas that could be supported.

We as incoming APHIDS’ Directors are also considering our own responsibility towards these desires. We have inherited an incredible history of art making and risk taking. With founding director David Young, a group of friends placed their practices alongside each other slowly and built structures to give them financial stability and creative longevity, so that something steady could carry through their collaboration. The organisation refused to classify its outcomes, instead preferring to sit in between artforms, outside of known structures. David said at the end of his tenure “Aphids functions as an artwork, not just a set of projects but organic, an ecology”.

In APHIDS’ second iteration, with Willoh S Weiland at the helm, she continued to this company-as-experiment. She avoided classification, surrounding herself with like-minded artists and placed dialogue at the centre of everything she made and did.

Mish was on the phone to a high school friend this week, “Congratulations on APHIDS!” she said. “And, sorry to ask, but what is APHIDS?”

APHIDS, as it stands now, is an institution, one that has artists and art making at its core. How odd to consider that this is rare – so many arts organisations build the mechanisms for the production, presentation, circulation and consideration of art. But few are able hold space and time (and that all important factor: wages) for artists to make art. To do the work.

On that factor: wages. We three inherited what was, for Willoh, a part time job: three days.

It is now one day each, spent together in real life or occasionally across that still-imperfect Skype portal, with our amazing Operations Manager Rebecca.

We’ve been thinking about this a lot lately, alongside my demand up to politicians for better conditions for labour of other artists. Whilst needing enormous structural change and a philosophical re-thinking of arts place in our society, we also wonder what we hold ourselves answerable to, what APHIDS can do.

So how to save the world in one day?

For it to work, our time together has to add up to more than the sum of our hours. We believe in the compounding energies that come from collaboration, banking on 1+1+1 equalling 66. Or, more appropriately, 666.

It’s really an experiment in leadership. We three share a general philosophy: feminist, intersectional, angry, funny. Our practices have overlapping features: we want to talk politics, we want to use laughter to break the ice, and we want to engage with skill sets, perspective and personalities beyond our artistic community. There are also big differences in how we work, where the work is shown, and what we want to do next. So how might we steer a company together?

We’re starting by listening. Listening to each other, to our friends, to our communities. We’re making a podcast – a project in deep listening – where we interview other artists whose work is sympatico with ours, so that we may share our listening as a way of beginning.

We’re trying to dissolve the walls of our institution (metaphorical walls – as a nomadic context that often siphons real estate/power/wifi off other, more ‘concrete’ institutions, we don’t have bricks and mortar). We’re not the first to work like this, not even in recent history: we're thinking here of the sculptural speculative prototypes for instituting ‘softness’ shown recently by Connie Anthes and Julia Bavyka at Firstdraft. We're thinking of Barbara Cleveland’s ‘Making History’, for the 2016 Sydney Biennale, their exhibition space as performance venue/laboratory/ legacy centre for art histories. We’ll be learning from them and adding our own voices to what we hope is a messy, long and ultimately paradigm-shifting conversation around how to build structures without repeating mistakes of the past or making things worse.

At its most basic, working together is a reaction against a singular vision: we refuse to be auteurs, we disperse knowledge, and we rebel against any hierarchy. We will endeavour, in difference and complexity, in conversation and argument, to take this organisation into its third iteration. Our stubborn rejection of conventional frameworks will be our gesture towards world-saving, We hope that this rejection becomes an embodied practice and reaches far beyond this company’s governance. 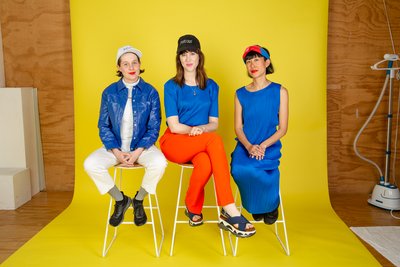