Artists respond to the climate crisis

NAVA asked several artists whose work deals directly and indirectly with the climate crisis to share their thoughts and ideas for our sector. 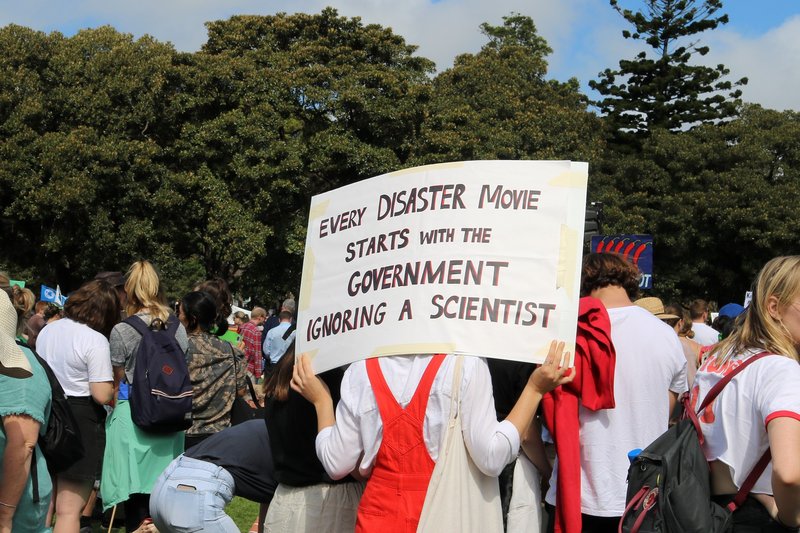 “Completely tied into our identities and cultures is the land. We have, for as long as time, had systems in place, for good reason, to be able to live, while nurturing, and sustaining both ourselves and the land” says Hayley Millar-Baker, photographic artist and Gunditjmara woman from Victoria. “Our ancestors would be screaming. In as little as 200 years the lands have been drained and squeezed and stretched until it has nothing left to give.”

There is substantial research via IPCC Reports and scientific experts which demonstrate that societies’ most vulnerable are the most likely to feel the harshest impacts of climate devastation. This extends to First Nations communities, individuals with lower socio-economic status, and Australia’s youth, who are experiencing an increasing sense of hopelessness for the future.

On 20 September 2019, approximately 350,000 Australians gathered at youth-led climate action rallies around the country in one of the largest protest events in the nation's history. A further four million people across more than 150 countries also took to the streets in the world’s largest #ClimateStrike to date.

Prime Minister Scott Morrison has since claimed that the climate debate is creating “needless anxiety” in children. As the Australian government failed to update its emissions reduction commitments under the Paris agreement at the recent UN climate summit, collaborative artists from Perth, Olivia Tartaglia and Alex Tate say there’s much to be anxious about. Their recent work, Bureau of Meteoranxiety, “asks audiences to consider the climate emergency as a pervasive, inescapable force...It exists externally as something that seems too large to deal with, and internally as something too persistent to ignore. It will become a mental health issue long before the ocean reaches your doorstep.”

Selena de Carvalho, experimental artist based in Lutruwrita (Tasmania), says “it is important to recognise the distinction between criminality and complicity, the difference, for example between driving a car, or using technology which could be framed as complicit behaviour, and capitalist enterprising built on a model of ever increasing expansion, resource extraction and exploitation, which should be viewed as criminal ecocide. I don't mention this as a way to shift blame away from the individual, but as a reminder to keep applying pressure on industry, regulatory bodies and politicians, alongside adapting personal behaviours/ consumer choices.”

NAVA recognises that the climate emergency is an issue of deep importance to many of our Members. NAVA's small team of staff feel that now is the time for urgent and meaningful climate action and joined artists and our art sector colleagues on the streets to demand:

But there’s a great deal more we can be doing collectively as a sector.

The Sustainable Collections Committee of the Australian Institute for the Conservation of Cultural Materials (AICCM) have made environmental recommendations for reducing energy consumption in collections, exhibition and storage areas in galleries and museums. The new guidelines, which were ratified by the AICCM at the start of this year, shift the focus away from setting environmental conditions based on a common convention towards guidelines with greater flexibility to adapt to local needs of climate, collections and resourcing. The committee will be launching a new Sustainable Collections wiki at the upcoming AICCM National Conference in Melbourne, 13 - 15 November 2019. The wiki aims to be a learning hub for conservators to share ideas, knowledge and experiences as they deal with growing sustainability issues and plan collection care responses and transition strategies against these.

Further to this, the SA Artists for Climate Action group asks that “arts organisations support artists who feel strongly about the future of the planet by declaring a climate emergency, as councils and companies have done throughout Australia. Most recently, hundreds of Australian academics have published an open letter supporting civil disobedience in reaction to policy makers’ inaction. The Australian Medical Association has declared that climate change is a health emergency. We who have chosen careers in the creative arts should be able to contribute to change, through our capacities for invention and imagination, not remain silent at this crucial time, or left behind through lack of leadership.

“Many artists are already involved in socially inclusive workshops, social media activism, and exhibitions focusing on themes of climate change and human responses. These actions have the potential to be powerful, educative tools to critically and imaginatively bring awareness to social and political issues around climate change.”

Arts and Cultural Workers for Climate Action (WA) recently declared a climate emergency in the lead up to the Global Climate Strike. Perth based artist, Janet Carter of the newly established group, says “it’s up to us as a sector to start having real, meaningful conversations about what needs to be done, and then taking responsibility for acting on it. There’s no one right answer and we’re all in this together. As a sector, our strengths lie in our capacity for critical engagement and creative thinking. We can exploit those to good effect; it’s time to start doing that.”

In Perth, Kelli McCluskey of pvi collective says “If our job [and it is a job, not a leisure pursuit or a hobby], is to pay attention, listen and respond, then how we respectfully listen to and support First Nations peoples deep wisdom and knowledge of land, sea and sky and foreground this incredible collective authority… instead of exclusively rooting almost all climate change adaptation modelling in Western scientific knowledge is something else to be acutely mindful of. 350,000 people showed up on 20 September in this country. Four million worldwide. We may have shown ourselves our own power, but we need to keep showing up in order to sustain the pressure.”

First Nations Peoples have been protecting biodiversity and surviving climate changes for thousands of years. We have a lot to learn from traditional knowledge and while the involvement of First Nations people in the national conservation effort is increasingly being acknowledged, it continues to be undervalued by our political leaders.

Hayley Millar-Baker says “First Nation survival is detrimental to climate survival. We have the knowledge to sustain life and land. You want to save the planet? Prioritise First Nation people. Listen to us, let us lead, stop killing us, stop cutting down our trees, stop locking us up, stop running over our children. If you want a future on this Earth, you won’t see it without us."

There is currently an e-petition open until 16 October requesting the House of Representatives to declare a climate emergency and introduce legislation in Australia to act. For more information, follow the link below.