Conversations: Arts Day on the Hill

Esther Anatolitis and Georgia Mokak joined our eight Arts Day On The Hill advocates to discuss the ways the Arts can become a greater priority in the national conversation. 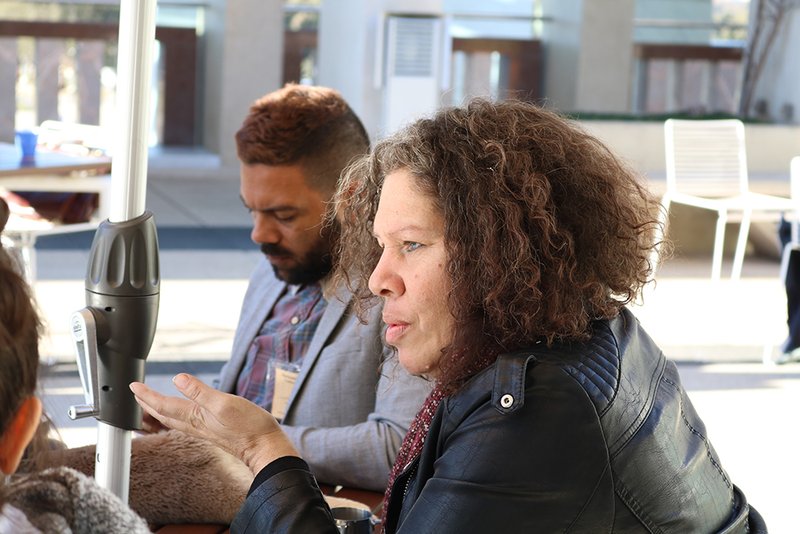 Rebecca: It’s difficult when we can’t get art funding for anything political. When the high end of town, who are the lobbyists, are advocating for things that are so disparate, it’s cutting down the conversation.

Esther: MPs tend to hear from well-funded lobbyists who are paid lots of money, most of the times of course, they are paid more than the MPs they meet with. There is this intimidating factor of who has got the most power. These people have got the time and the resources to spend all their time just having political conversations. Artists aren’t in that position. So, we want to build Arts Day on the Hill to something bigger.

Mish: An important thing that has emerged out of the last few days is that if you write a letter to your local member, they have to deal with it. They have to respond to you and they have to tell you what’s going on. That’s a really empowering thing to know. To hold them accountable actually on a one-to-one level is more powerful.

Rebecca: Isn’t it interesting though because I have read that and we have all read that and it seems too simple. But then you hear that you have got to do it. This is what gets you in the door. It’s not about a chain email, it’s about that personal approach.

Emma: That actually helps that member of parliament advocate within their party and for them to be better informed. Even if they don’t hold that portfolio that is a really powerful conduit.

Selena: Or they have to forward it to the minister who has that portfolio and then they have to take that on and respond. It’s this whole series of formalities we’ve been unpacking here. It’s a system of formalities that can seem so abstract, even when we are here it’s so abstract. It’s corridors and costume and theatre, and we are pulling apart those pieces of the puzzle.

Miranda: But also replying to our letters and engaging with us is their actual job. It is abstract but we are asking them to do their job. What they are paid for.

Clare: It can feel overwhelming, your one letter. In the past, I have been suspicious of that process, the actual effect of myself writing that one letter.

Selena: Imagine if we left here and took a pledge to write one letter every week for the rest of the year and to ask one other friend, like chain mail.

Mish: An unnamed parliamentarian today told us about Grandma’s Refugees and how persistent they are about constantly writing letters and how powerful that is becoming.

Esther: Alright, how can we do that? How can we encourage unique letters that are individual. Like if we all said we would do this every week. We are all over Australia and we want other people to do it as well.

Rebecca: It can be difficult if we just say, ‘write a letter’. People won’t know what to say. I think we have some really strong key points we have been developing and talking about during the week that we can use as inspiration. Everyone can write from their personal experience relating to those points.

Esther: We had a workshop yesterday where we identified three key points. What if we all wrote a letter to a particular MP and then we could take a photo or scan those letters and put them on the NAVA website and then we could encourage people to do the same. More so, word of mouth than social media. Actually texting someone and saying here is the link to the NAVA website with my letter, you could write this too. How could we use distribution means that we have that aren’t the distribution means that annoy people. My big frustration with social media is that it has so already hit its critical mass. Can we be hi-fi, lo-fi. Can we use the technology but keep it lo-fi?

Emma: Around the table we all have very different networks which is really wonderful, if we each take that approach. Locality has been raised a lot. We should use local communities, local networks and actually have those conversations. It may literally be the next time you are with an advisory group or a group of practitioners you actually make that one of the items in the agenda and spend ten minutes doing it.

Nadeena: I would like to have it as an event, an activation to bring attention to the reason why we are writing letters.

Nadeena: We go to people, artists and other people who support the arts and handwrite letters.

Clare: There’s an important role for institutions to play in this conversation. Institutions need to step up  quite a lot into an advocacy space for artists. Without artists they are empty buildings. Institutions could offer some of their credibility and clout in a campaign like this.

Emma: When we say letter writing we are saying bipartisan too. We are not talking about supporting one party or one side of government we are actually talking about influencing both sides so I don’t think people need to be fearful of misaligning themselves.

Clare: They don’t have to be thinking about reputation. There’s something powerful institutions can do. Institutions and artists, need to work better together.

Nadeena: I get the feeling that we are leprechauns and unicorns. People think “Artists and art workers are out there somewhere but we don’t know who they are”. So this thing of becoming visible, having a voice and making these connections, humanises us as people, part of this society and we are out there. This is work, this is an industry. This is how we make our living.

Esther: We should invite people who are not artists and not in our sector to write those letters. Like, who are the businesses who rely on and need and love artists. Who are the businesses that would be a surprise for a politician to receive a letter from and go ‘oh right’.

Clare: They need to be brave.

Mish: Absolutely, I wish they could be brave but they are fighting a different fight. They should be fighting for us as well but also we go to them and ask for help. But every arts institution in this country is pushed to the max. So is every artist. There is a disconnect.

Esther: Over the past few days it has been great to hear from people on the board of key institutions and big institutions who are coming up to me and asking ‘how can I be mobilised? What conversations should I be having?’ And one thing that has been repeated is relationships, relationships and how we build those.

Take a moment to write to your local MPs, and/or introduce Minister Fletcher to your practice. Follow this link to the NAVA Advocacy Toolkit to find an introductory letter template to get you on your way. Or follow Minister Fletcher on Twitter or Facebook and send a greeting there. There’s guidance in the Toolkit on how to go about that. 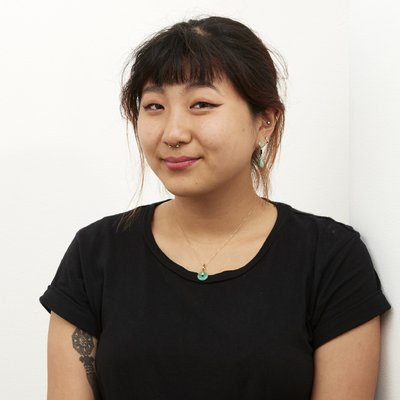