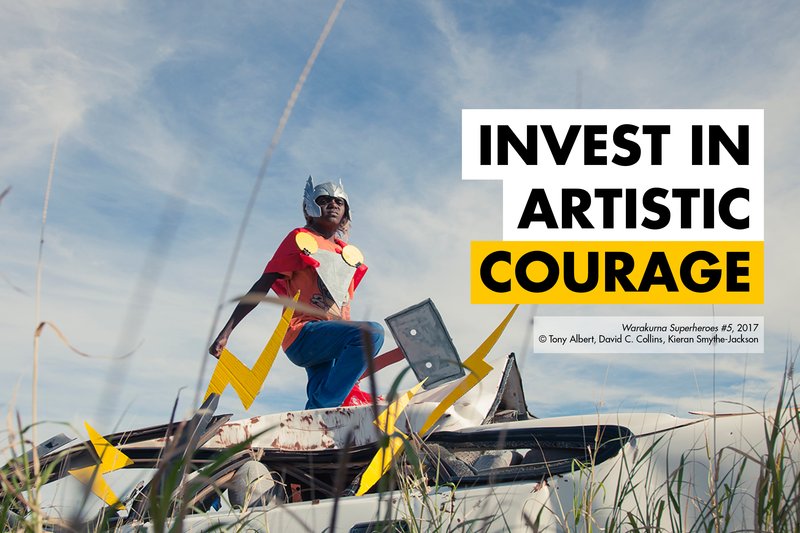 On 27 May 2019, NAVA welcomed Paul Fletcher to the ministry of Communications, Cyber Safety and the Arts, and thanks Senator Mitch Fifield for his service across almost four years as minister for the arts.

“I’m delighted to welcome Paul Fletcher to the arts – in fact, it’s welcome back to the arts, given his time as chief of staff to former Minister for the Arts Richard Alston,” said Esther Anatolitis, Executive Director of NAVA.

“The arts portfolio is a uniquely important cabinet role. It’s a nation-building role. It offers a minister the opportunity to lead the policy initiatives that inspire all Australians. This means putting First Nations first and expressing confidence in the artists who create our future.

“I’m heartened by the values Minister Fletcher expressed in his first speech about valuing evidence-based policy, and I look forward to outlining the needs of Australia’s contemporary artists.

“With Australia Council research showing that numbers of visual arts and crafts practitioners are falling, their incomes declining, their working hours increasing, and their years to becoming established growing, these needs are urgent.

“I’d like to thank Senator Mitch Fifield for his four years as minister for the arts.

“Senator Fifield inherited the ministry at a moment of crisis for the arts sector. His predecessor caused damaging instability by removing over $100m of public investment, and shifting it into a new fund from which artists were excluded, thereby undermining the Australia Council’s strategic plan that he himself had launched just months prior. Australia’s artists and indeed the entire sector are still experiencing the consequences of that action, taken without evidence, consultation or justification.

“Senator Fifield acted quickly to return some of these funds. Since that time, he has consistently presented himself as an arts minister who listens and reflects. I look forward to following his achievements at the UN.

“The visual arts are Australia’s number one artform by participation. Thousands of contemporary artists create work that millions of Australians enjoy each year. Yet while billions of dollars are being spent on new contemporary art galleries all over Australia, the amount of new investment in artists is zero, despite alarming trends in their career prospects.

“Welcome, Minister Fletcher: we’ve got a lot of good work to do together to achieve a contemporary arts sector that’s ambitious and fair.”