Maria Vamvakinou MP at Arts Day on the Hill launch 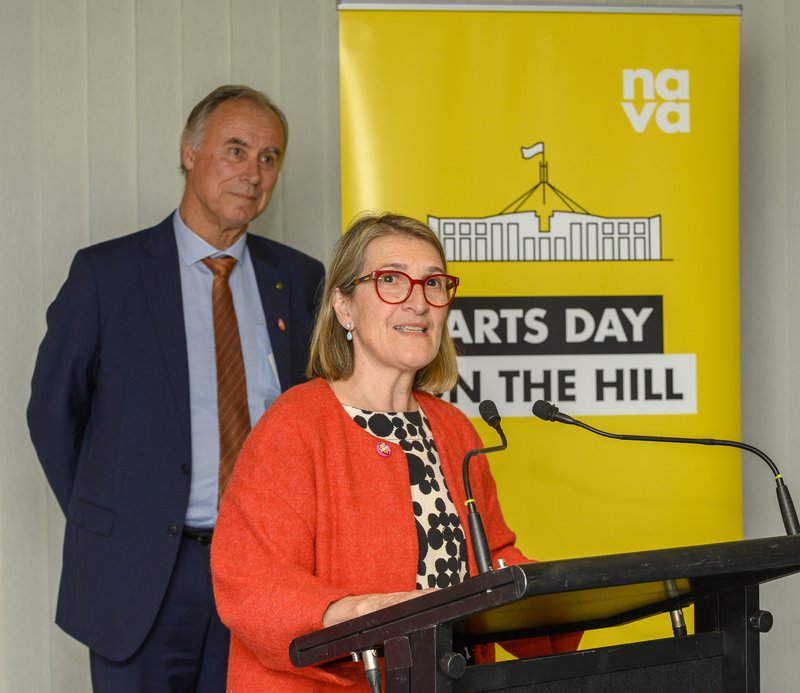 I want to thank my two co-conveners – John Alexander Member for Bennelong and Adam Bandt Member for Melbourne and can I also thank the Minister for the Arts the Hon Paul Fletcher and Shadow Minister for the Arts The Hon Tony Burke for being here tonight, and of course a big thank you goes out to Esther Anatolitis from the National Association for the Visual Arts for putting this wonderful event together and spearheading the Parliamentary Friends of Contemporary Arts and Culture.

I look forward to working with my Parliamentary colleagues on what I envisage to be a significant step forward in connecting Australia’s indigenous inheritance and its migrant heritage to our cultural landscape.

In my Parliamentary office, I have two colourful contemporary pieces of art by  Australian artist Vicki Varvaressos.

The two pieces Auto Angst – 1985; and Untitled Intrusion No 2. – 1985 were part of my initial selection in 2002. And can I say how delighted I was that the Parliamentary Art Collection had a Greek Australian artist in their collection that I could access for my time here as the Federal Member for Calwell.

I chose these two pieces because like me, Vicki is a Greek Australian woman. Even though, Vicki was born in Sydney and I on the island of Lefkada, in Greece, we share the same cultural lens because of our background and that’s what I want to speak on tonight.

It was important to me to select pieces of art that speak to me, but also represent me and the work I do in Federal Parliament. By having Vicki’s artwork hang brightly, I have with me always a touching reminder of what my generation of migrants have achieved, what these accomplishments mean for them, and more broadly how these pieces pay homage to the migrant dream.

It reminds me of my father’s message – who when I first became a member of Parliament when he said:

I am now vindicated in my decision to migrate my family to Australia.

Because of this, it was important to me that the artwork in the office reflects another migrant success story - to showcase the success of a Greek Australian woman complimentary to that of my own story.

And what I love most about these two pieces of art – is the conversation it encourages with the people who visit. To be able to speak of my migrant experience through contemporary art is what makes Australia a cultural country – we must never forget the migrant contribution to the cultural fabric of our nation.

That’s why it was so important to convene the Parliamentary Friends of Contemporary Art and Culture - to celebrate this longstanding connection between the arts in Australia and its cultural heritage – from our indigenous inheritance to our migrant story.

Vicki Varvaressos is one of Australia’s leading established women painters. As a contemporary artist, Vicki Varvaressos emphasises her inner feelings and emotions over objective depictions in highly personal colour choices and at the same time she takes the opportunity to express her attitude, sentiment and opinion.

Over time she has developed imagery characterised by vivid, often angular or flowing simplified figures to the point of distortion of her subjects. The dramatic figures contrast with a limited palette, which at times result in crude and rather raw finishes. This technique adds almost an impossible intensity to her art and defines and marks it as uniquely hers.

For Varvaressos the fragmentary nature of modern life evokes a disparate array of aesthetic responses. She paints with undisguised glee and actively searches her own feelings and story for the subject matter that becomes her art be it realistic or abstracted. She comments; ‘I paint the things that interest me, that’s what I’ve always done regardless; whatever the content. It’s what I’m involved in and what I’m interested in at the time.’

These two works are from a series in which the artist created ‘frozen dramas’ that are hinted at but never explained by their titles.  Most of the works from that period are about social situations – interactions between two or three figures related by touch, gesture or unspoken word.  The imagery is largely taken from advertising and images from women’s magazines, she reveals the ugly reality behind the fantasy of the advertising image and the potential violence that lurks within it. 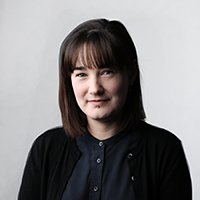