NAVA welcomes Labor’s policy commitment to artists: fair pay, a living wage and ending “exposure” as a form of payment 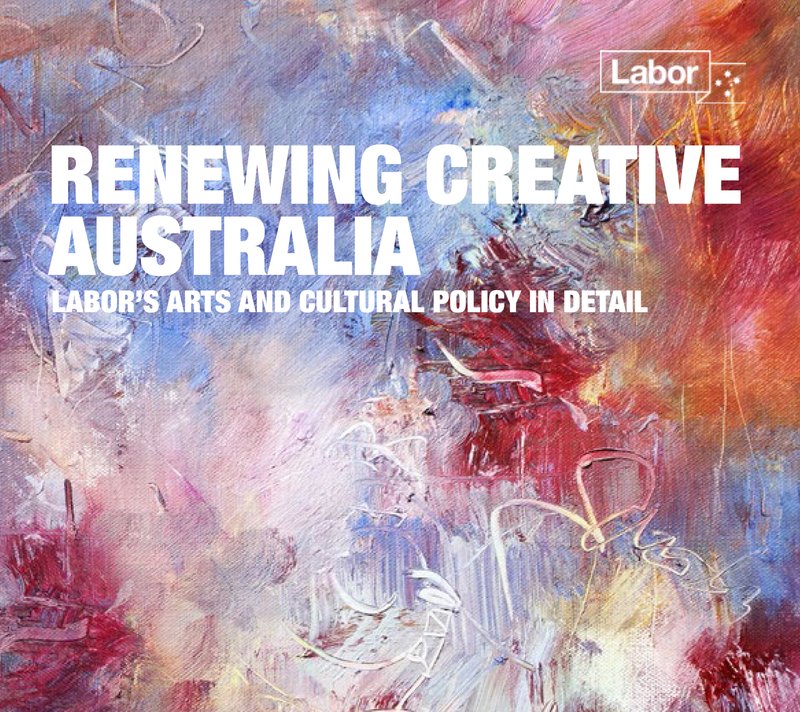 NAVA welcomes Australian Labor’s commitment to make visual arts its highest priority area for industry development if elected on 18 May.

“It’s a policy that puts First Nations first by working to end the trade in fake ‘Aboriginal’ style art that undermines artists’ incomes and harms culture, as well as investing in First Nations galleries, languages, dance and a national Indigenous Theatre Company.

“Labor has made clear commitments to accessibility, cultural diversity and regional arts, as well as to embedding the arts in education, and reviewing the Major Performing Arts Framework for fairer funding that includes more artforms.

“This policy also demonstrates Labor’s understanding of the threats to artists’ careers, committing to strengthen copyright, review the way grants are taxed, ensure Centrelink recognition and work towards achieving a living wage.

“Importantly, Labor has affirmed their intent to lead by example on fair pay for artists. NAVA welcomes the commitment ensure that all government and publicly funded organisations have written policies on artist payment. Fair payment at recognised industry standard rates is critical to ending ‘exposure’ as a form of payment, so that artists can develop their practice and sustain their careers.

“Increases in public investment are needed to support institutions in meeting their responsibilities towards artists, and NAVA welcomes Labor’s commitment to restore funding to the Australia Council to strengthen the entire industry.

“The need for this restored funding is urgent. The numbers of visual artists and craft practitioners are declining, and so are their incomes – both overall incomes, which are 21% below the average wage, and the incomes professional artists derive exclusively from creative work, which are below the poverty line and have dropped 19% in seven years. Despite working longer and harder than ever before, more and more artists are living precariously, it’s taking longer for artists to become established, and the gender pay gap is worse in the arts than in any other industry. We have to act now.”

The Hon Tony Burke, Labor Spokesperson for the Arts, said: “I’ve been listening to NAVA and wanted to ensure our policy has a commitment to fair pay, to ending “exposure” as a form of payment, and to working more closely with service organisations like NAVA to achieve ambitious and fair industry conditions – so that Australia’s artists can focus on making great work. And today, our policy delivers exactly that focus.”

“Six years ago,” said Esther, “the Australian Government brought the nation together to envision an arts sector that’s ambitious and fair. Sadly, that policy did not survive political change. Labor’s renewed commitment to build on a policy that’s already been industry-tested is a valuable way to redress our current crisis, as well as charting a way forward.”

NAVA’s Election Report Card offers a high-level assessment of the arts and cultural policies of all major parties and is available on our website.