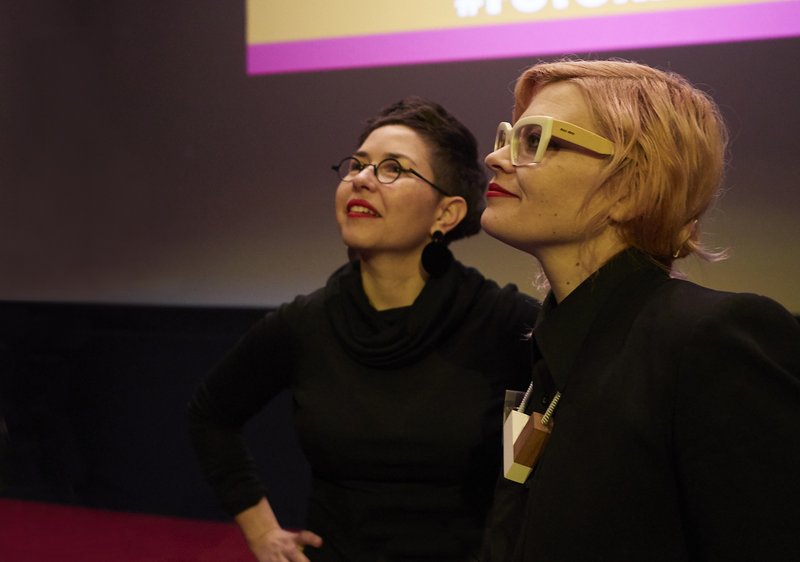 As the National Association for the Visual Arts embarks on its next strategic planning cycle, NAVA farewells Esther Anatolitis after three impactful years.

“NAVA is in a stronger position with thanks to Esther’s leadership, and we thank her for her passion, vision and dedication across her tremendous three years as Executive Director,” said NAVA Chair, James Emmett.

“Esther’s strong Membership focus has been a hallmark of her leadership. We’re more connected with our Members, their numbers have grown substantially, our programs have been reinvigorated, and we’ve seen visual arts, craft and design matters prominent in the national conversation. Esther’s tireless direct support for Members experiencing difficulties is less well known, but no less appreciated. During the pandemic crisis, Esther’s Membership support and leadership in the sector has intensified, and our re-established Artists’ Benevolent Fund has supported many artists in need with thanks to major donors Esther has brokered.

“The introduction of our First Nations Engagement program, the Code of Practice review, and frequent state-based and national Member events such as Future/Forward, are all important achievements that strengthen NAVA. The new research, pro bono and philanthropic relationships that Esther has introduced to NAVA have also built great capacity.

“Esther’s work during this time has also prioritised cohesion and connection across the entire arts sector beyond artform boundaries through ongoing collegial work, the National Visual Arts Roundtable, the National Executive Directors’ Network, and Australia’s national day of advocacy focus, Arts Day on the Hill. Esther has led the organisation through a period of considerable change and leaves the organisation and its Membership vibrant and strong. I add my personal thanks, appreciation and admiration to that of NAVA as a whole. Esther’s is a strong legacy for NAVA and for Australia’s visual art, craft and design sector,” said James Emmett.

“NAVA is an extraordinary organisation, nurtured by exceptional people,” said Esther Anatolitis. “It's been an honour to work with its outstanding staff, work collaboratively with hundreds of peers across Australia, and support the work of thousands of artists and organisations. Thank you, so very much, to every Member of NAVA, to every colleague and partner and donor, for your incredible work – every day you have inspired me to do better. At this time of global cultural change, I look to the new board with great confidence and excitement, and I look forward to seeing NAVA continue to flourish.”

“Esther’s advocacy work has championed our sector in important and impactful ways,” said James. “On behalf of everyone at NAVA, I look forward to supporting Esther’s next steps as a leading advocate for the arts.”

Esther’s last day at NAVA will be Thursday 20 August 2020. The NAVA Board has appointed General Manager, Penelope Benton, as Acting CEO from 21 August until the end of February 2021, to lead the next collaborative strategic planning process with board, staff and Membership. “The Board welcomes Penelope’s knowledge and experience as NAVA continues its work in the sector and for our Membership,” said James.