Why are politicians failing to focus on who the pandemic has hit the hardest?

It is Australia’s first service-sector recession, and this should be reflected in the focus of our recovery and job creation programs. 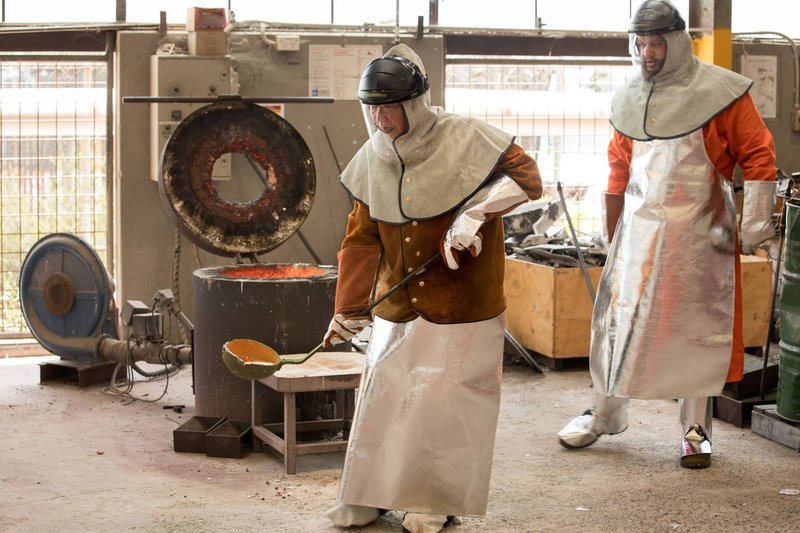 Despite the heavy focus on ‘hard-hat’ professions in our political discourse, Australia’s economy is dominated by its service sectors. If this is Australia’s first service sector recession, why is this not reflected in the focus of our recovery and job creation programs?

In a history-making poll, two women vie for Queenslanders' votes ahead of election day on 31 October. Nonetheless, women’s employment issues remain largely absent from both the Labor and Liberal National election campaigns.

The nature of the COVID-19 recession is unique in that women dominated sectors (including the arts, hospitality, retail, administration and education) have suffered the worst fallout, bringing with it substantially increased unpaid care work. The impact on women is further exacerbated by the fact that they are more likely to be working in part-time, casual or precarious positions. When the ‘free’ childcare scheme came to an end in July, there were fears the changes would lead to an even larger increase in women’s unemployment.

In spite of this, the major parties are centreing job creation in traditionally male-dominated industries. Both Palaszczuk and Frecklington have donned hi-vis vests and hard hats for almost every media appearance on the campaign trail. Much less visible has been any targeted strategies addressing women’s employment, or economic recovery for the arts, tourism, and social services.

It seems the major state parties in Queensland are intent on making the same mistakes as the Morrison government’s federal budget, begging the question: Why are our politicians failing to focus on who the pandemic has hit the hardest?

In the weeks following the budget announcement earlier this month, advocates and analysts responded with criticism over the heavy focus on job creation in male-dominated industries to bring us out of recession. Social Services Liberal Minister Anne Ruston dismissed criticisms, saying, “every single measure in the budget is available for women."

Notably, the budget brought no relief to families facing significant financial uncertainty. No strategies were included to make childcare more affordable, despite Australia having the fourth-most expensive childcare system in the world.

A report from the McKell Institute released this month showed us that mothers are working for $1 an hour or less when they work more than three days a week as a result of ‘cliffs’ in current childcare rebates. The report concludes that Child Care Subsidy reforms would increase workforce participation and strengthen the economy in its own right.

Although subsidising childcare has customarily been a federal responsibility, both Queensland leaders have been largely silent and unable to offer new ideas when questioned on what they could offer to improve childcare access and reduce costs.

Stimulus should be manifold: create jobs, and in the process, produce something beneficial to the public. To target economic recovery most effectively, The Australia Institute recommends supporting job-rich sectors most impacted by the crisis, domestic production, and useful projects that deliver co-benefits. Stimulus programs for women-heavy industries could provide a desperately needed boost to our creative and service-led economy and engender a source of creative assets for decades to come.

The Grattan Institute's post-Budget analysis notes that, ‘the three sectors with the most targeted support are all bloke-heavy: construction (more than $10 billion so far through the crisis), energy ($4 billion), and manufacturing ($3 billion).’

While 12% of employees in the construction industry are women, arts and entertainment employment is evenly divided between women and men. It is also one of Australia’s most job-rich industries, with strong industry interdependencies with tourism and hospitality. For every million dollars in turnover, the arts and entertainment sector creates 9 jobs, compared to just 1 in the more capital-intensive construction sector.

The arts sector was the first and worst hit sector, and likely the last to recover. The disruption caused by Covid-19 on Aboriginal and Torres Strait Islander Art Centres was profound and immediate, with art sales dropping by more than 50% in some locations and communities. The economic impact is felt most by First Nation women artists, who produced around 79.8% of all artworks between 2016/17 and 2018/19.

The Australia Institute identifies a range of projects with co-benefits for the arts, including commissioning public art, television and stage drama, and funding ‘artists in isolation’. Co-benefits will extend to related industries such as tourism. In a world without international travel, the sooner we see a creative recovery, the more readily we will travel across regions and states to visit galleries, shows and festivals.

For these reasons, the arts sector is one of the most effective industry targets for successful economic stimulus. Despite the budget accruing $500 billion in overall debt, why then have arts and culture received next to no support to counter the debilitating impacts of COVID-19? And why are the priorities of the major parties leading up to the Queensland election oriented towards a male-driven recovery scheme?

The concept of jobs and productivity continues to be associated with male-dominated “hard-hat” professions such as construction, energy and manufacturing. Grattan Institute CEO, Danielle Wood proposes one reason industries in which women are equal or dominant may have been neglected for targeted support in the budget is because "there is a deep-seated belief that those jobs are lesser."

Service work (arts and recreation, hospitality, professional and technical services) and care work are still overwhelmingly undervalued, despite the economy depending on it. The standard financial crisis playbook is to target those most impacted by the crisis. It is Australia’s first service-sector recession, and this should be reflected in the focus of our recovery and job creation programs. Without either Queensland leader answering for the financial security of women, we risk losing another opportunity to prevent the significant long-term economic disadvantage that will be felt by women in decades to come.

This article first appeared in Eureka Street as 'Hard-hat' focus leaves women behind.

Queensland voting closes on Saturday 31 October 2020. What arts and culture vision do the major parties offer?