Call on the government to #SupportArt through COVID-19

Be heard. Talk to your MP. Together we can make so much more noise. 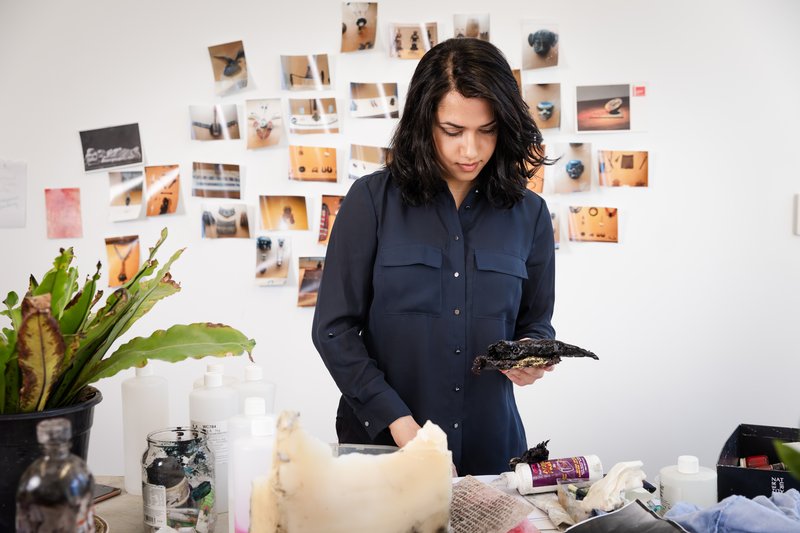 NAVA has consistently called on the Government to support the arts through COVID-19 and beyond. We stand firm behind every artist, arts worker and arts organisation, calling for a fair and ambitious arts sector.

NAVA encourages the arts community to add your voice. Let our government representatives know about the ongoing impacts of the pandemic on your practice or business, and call for the extension of COVID-19 stimulus measures including the extension of JobSeeker and JobKeeper, as well as an ambitious and fair investment in the arts.

Be heard. Talk to your MP. Together we can make so much more noise.

In letters to MPs around the country last month, we called on the government to:

Talk to your MP

Add your voice to the call on social media and via email.

If you’re on Twitter, retweet this post with your message to @ScottMorrisonMP @JoshFrydenberg @PaulFletcherMP and your local MP

Write to your local MP:

Take a look at our short template letter for inspiration and add your voice. Remember to include how you are affected too – personal stories make all the difference.

Ready to be heard? Find your MP’s email address on the Parliament website.

Use the Prime Minister’s dedicated form to contact Scott Morrison.

I am [an artist / arts worker / arts lover] in your constituency. I call on you to take urgent action and invest in the sector in these four ways:

[Share how your practice or business has been affected by the ongoing impacts of the pandemic here.]

The arts and creative industries are worth $111.7 billion to the Australian economy and plays a key role in other industries, such as tourism, hospitality and accommodation.

The arts sector was the first and worst hit by COVID-19 closures and likely the last to recover. The health and strength of Australia’s cultural life and the future of our industry rely on urgent changes and ambitious government investment.

Please contact the National Association for the Visual Arts (NAVA) for further information and briefings on this issue.

The COVID-19 pandemic is the most debilitating disruption to cultural life that most Australians have ever experienced. Amongst varying industries across Australia, the arts was one of the most severely impacted: the industry’s self-generated income quickly disappeared and yet a large proportion of artists, organisations and casual staff were unable to access any stimulus or income support.

Over four days last month in preparation for our 2021-22 Pre-Budget Submission, NAVA undertook a snap survey of the visual arts and craft sector. Almost 60% of respondents said their main concerns this year included income security, followed by program cancellations, postponements, or downscaling (58.3%), and cuts to art education (44.22%). Many expressed sincere fears over the uncertainty of the future, financial stresses, major declines in mental health, restricted earning capacity and limited job prospects, organisational and sole trader economic survival, reduced ability to continue art practice due to income insecurity and no superannuation, the expenses and time consumption associated with digitisation and presenting art safely, while several feared poverty and homelessness.

This is a pivotal time for the Australian Government to make urgent changes to rebuild the sector and ensure the health and strength of Australia’s cultural life. NAVA is calling on the government to:

Reconsider the Fair Work Amendment Bill in its current form

The terms of the proposed Fair Work Amendment Bill offer a number of ambiguous out clauses that enable an employer to exploit workers and allow agreements that could leave some workers worse off. Changes to Fair Work should offer a holistic approach to Australian jobs and economic recovery that supports workers, as well as businesses. NAVA urges the government to make reforms that will provide much needed clarity and improved conditions for Australian workplaces including fair arrangements for casual and part-time employees.

Reverse the increases of fees to arts degrees

Following the passing of the Higher Education Support Amendment Bill through the Senate in October 2020, many Australian universities revealed numerous course and staffing cuts as well as proposals for more to come. Without access to any of the Federal Government’s income support despite continuing border closures, universities are facing enormous ongoing deficits.

The debilitating cuts being made at all universities have targeted the arts and studio-based learning in particular. Course cuts and studio closures will have a deleterious impact on both the number and quality of artists in Australia, resulting in severe cultural deficit for Australia. We are not simply losing particular courses and facilities – we are witnessing the erosion of vital sites of experimentation, creativity, critical thinking, collaboration and joy.

These cuts to arts education are in spite of the government’s own statistical research that demonstrates that arts and humanities graduates are more employable than science and mathematics graduates. The Australian Government’s Bureau of Communications and Arts Research 2019 research report, Creative Skills for the Future Economy showed that businesses rely on $87 billion worth of creative industry input for success, a figure that is growing rapidly.

Despite arts degrees more than doubling, enrollment figures in arts degrees across many universities this year have increased or stayed the same, demonstrating the need to rethink this Bill. NAVA urges the Government to provide much-needed support to our universities and reverse the introduction of fee increases for arts degrees.

Bureau of Statistics data shows that arts and entertainment related industries have seen some of the largest pandemic business shutdowns. While JobKeeper and JobSeeker have been vital lifelines for many in the industry, income support measures to date have excluded the hundreds of galleries and museums that are government or university owned, and their thousands of part-time and casual staff.

While the Pfizer vaccine rollout is due to begin in the coming weeks, our arts venues are many months away from a safe return to regular programming and full capacity. NAVA urges the Government to extend JobKeeper and permanently increase JobSeeker payments beyond the end of March. We need meaningful support, even more so in times of crisis, to assure social security above the poverty line to cover basic needs.

The Australian visual arts sector is in dire need of assistance. Greater investment in the arts is needed at a federal level, not only to assist survival through this crisis, but for it to thrive long into the future. As one of Australia’s most job-rich industries, with strong industry interdependencies with tourism and hospitality, the arts sector is one of the most effective industry targets for successful economic stimulus. This is the time when we need to be investing in pathways that strengthen the creative economy, not just adventurously, but fairly and equitably too.

Call on the government to #SupportArt through COVID-19